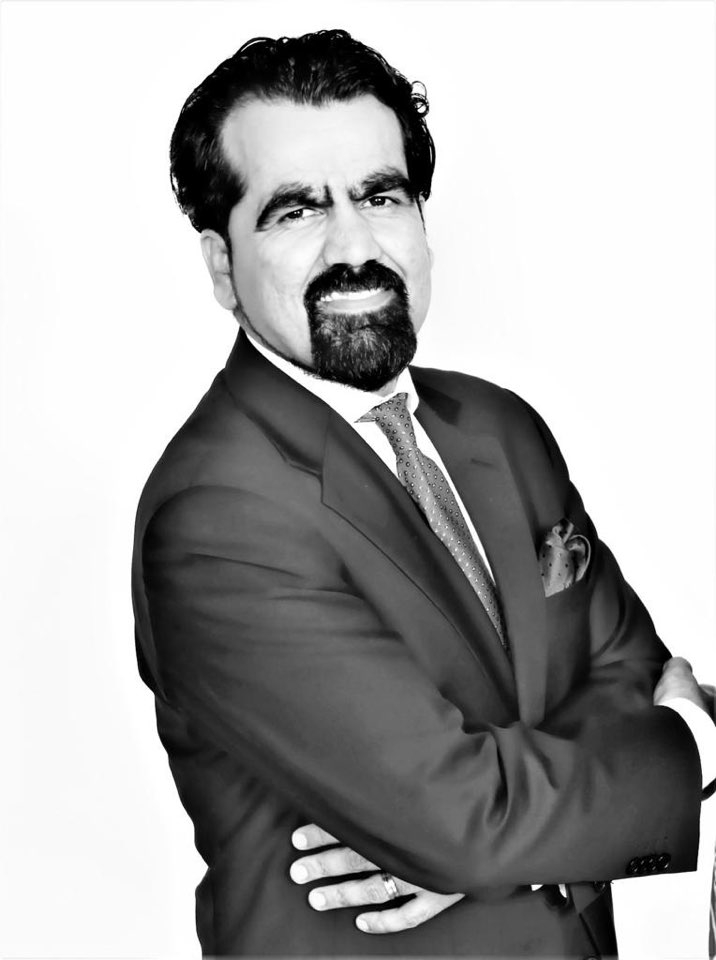 1. While both South Korea and Afghanistan are located in Asia, a geographical gap between the two exists. However, culture transcends boundaries. Are there any cultural similarities between the two countries?

There certainly are interesting traits and similarities between the two nations as Afghanistan and Korea possess many characteristics which are considered the basic elements of nationhood – national pride, romantic patriotism, sense of superiority, and, above all, love for freedom. Many nationalities in Asia share a set of traits as well, which are most common for Koreans and Afghans. It’s also worth mentioning that according to the research by Prof. K. Warikoo, JNU, New Delhi, the first documented contact between the two nations was by Hui-Chao, a Korean monk who passed through the Hindu Kush around 827 AD and found that the King of Bamiyan to be a Buddhist with considerable power.

Koreans, just like Afghans, are typically very proud of their country. If you are ever watching a big sportive event (whether you’re following the Olympics or staying up late watching MMA), then you will start to notice a patter among the Korean winners – they all dedicate their successes to their country. The reason is because Koreans, similar to Afghans, are brought up to have a mindset in which they put their country first and themselves second.

Respecting elders is somewhat expected across the globe whether you are in Korea or not, but Koreans, just like Afghans, are incredibly respectful to their elders. You might find that if you spend some time in Afghanistan, you’ll be asked your age shortly after meeting someone for the first time. This is so that they can determine whether to speak to you in a polite manner or in a casual tone. Similarly, Korean people find speaking to someone who is older than them in a casual tone disrespectful.

Family is of utmost importance to Koreans to Afghans, and so they follow their elder’s instructions strictly. This respect towards age is so important that if there’s even a one-year difference in age, they will make sure that the elder is respected properly. This respect towards elders originated from Zoroastrianism – Buddhism teachings in ancient Afghanistan which at subsequent stages was propagated by Afghan monks though China to the Korean Peninsula and Japan.

If you have a solid understanding of Zoroastrianism, then you’ll have an easier time adapting to Korean life style. Although, perhaps, little is known to most Koreans, Afghanistan has had a strong influence on the pillars of Far East Asian religious identity. As the cross road of numerous civilizations over many centuries, Afghanistan served as the hub of the Silk Route with flow of goods and ideas between Europe and Asia. Both Zoroastrianism and Buddhism spread eastward to China, although the latter eventually made it to Korean and Japan. There is no doubt that many elements from Zoroastrianism in Korea can be traced back to Afghanistan.

I agree that Korean society in general may not be familiar with Afghan culture, but the Korean Peninsula has a long history of cultural contact with ancient Afghan civilization dating back to the late fifth or early sixth century.

Korea’s long-standing cultural and historical relations with our ancient civilization through the Silk Route has not permeated to popular levels/audiences. However, interest and enthusiasm in Afghanistan and Afghan culture has been on the rise in South Korea, especially since 2001, with many books and various documentaries being published on the subject. Especially following the establishment of diplomatic ties and active involvement of Korean government in Afghanistan, there have been a number of television shows and documentaries that included aspects of Afghan culture and sometimes Muslim characters. As a result, Afghan culture and history have already been presented to some extent in Korean context.

In addition to this, the Afghan Embassy and Afghan academics who have been studying in Korea will also be exploring how these images have been changing to a more sympathetic or realistic depiction of Afghans. We have also actively been in close interaction with Korean officials and entities with the ultimate intention of further exploring and strengthening our mutual cultural ties. I believe it would be of big interest to present components of our culture, such as historical artifacts, traditions, diversity, clothes, languages, cuisine, film, and music, as it can surely hold great significance in a large majority of Korean people’s lives.

3. Last month, Afghan President Ashraf Ghani said in a U.N. conference in Geneva that Afghanistan is open for business. Additionally, the new mining and hydrocarbon laws in 2017 have created the stable policy environment that is a prerequisite for investment. With market building and more competition in mind, what do you believe is the next step for making successful business synonymous with modern-day Afghanistan?
Afghanistan is one of the richest countries of the world in terms of natural resources, ranging from semi-precious to precious stones, capper, oil, gold, and many more. According to the USGS assessment, there are over three trillion dollars’ worth of un-tapped natural resources exist in Afghanistan. As you rightly mentioned, the Afghan government passed a hydrocarbon and mining law to create better operating environments for FDI in the mining sector.

As agriculture is one of the most important components of our national income and its proportion to the GDP of the country is significant, Afghanistan is investing in modernization of agriculture. The organic agro products, which are world class and in high demand markets for instance, tons of our saffron, pomegranate, and pistachio are exported each year to India, China, the Middle East, and the EU. Recently, a number of in-land and air transit corridors have been opened under different platforms to facilitate the exports of Afghan agriculture items as part of the trading products.

Additionally, as an emerging market, there are also many other possibilities of doing business in the health and telecommunication sector. Afghanistan pays special attention to FDI, a set of laws that are approved by the National Assembly of Afghanistan. President Ghani is personally overseeing the promotion of investment in Afghanistan, which provides a favorable political supporting environment to those who want to do business in Afghanistan.

The leadership of Afghanistan firmly believes one of the ways to overcome the current situation in the country is by bringing positive economic changes and uplifting the living standard of ordinary citizens since providing better job opportunities and economic prosperity for people is the key task of a government.

4. Talking more about business, online shopping by the younger generation has been on the rise in Afghanistan. In a country where visiting the local markets or bazaars is the traditional method for shopping, six online shops have already opened in the last two years. Considering the changes that young people are bringing about in your country, is there a business aspect of Afghanistan that you would like to promote in Korea?

The Information Communication Technology is a relatively new phenomenon in Afghanistan. Recently, however, many improvements have been made towards modernizing the traditional way of doing business by utilizing IT. A huge portion of youngsters educated in information technology are in the market with innovative mindsets.

The objectives of the Information and Communication Technologies (ICT) Sector Development Project are to expand connectivity, mainstream the use of mobile applications in strategic sectors in the government, and support the development of the local IT industry in Afghanistan.
Currently, Afghanistan is utilizing the consultancy of international experts in order to develop its e-environment, heavily investing in hardware and renting a satellite to smooth both public and private e-platforms. There are many private companies utilizing these resources to reach consumers. Considering the fact that Korea is a pioneer in the IT sector, the Afghanistan National ID Project has been designed and is being implemented through three Korean companies.

Mobile applications have started to support education, healthcare, and financial service, boosting the rise of E-commerce in Afghanistan. For example, today there are apps such as ZOOT ZOOT by which Afghans use to order food and track delivery. There are many other apps that provide a range of online services that expands access to healthcare and financial services.

Afghanistan is greatly in need of transforming to e-trade from its traditional infrastructure. We, therefore, welcome our Korean friends of IT sector in making a feasibility study of the Afghanistan IT market and exploiting the opportunity lying in the country.

5.  Female education has faced changes in Afghanistan, especially in science and technology. Nevertheless, this year The Afghan Girls Robotics Team was nominated as one of the winners of Asia Society’s Asia Game Changer Awards. Do you think that this can be the beginning of a positive trend that will stimulate interest in improving educational opportunities for the women of Afghanistan?

I can’t agree more! It definitely is the beginning of a very positive trend in our country. Any society without women’s participation can’t be civilized and achieve its objectives. Over the past two decades, Afghan women went through an incredible journey of achievements in all aspects of lives. In 2001, there was not a single girl’s school open; now, there are millions of girls attending school, universities, and vocational training centers. In today’s Afghanistan, women are ministers, parliamentarian, ambassadors, lecturers, and doctors…etc.

Accomplishments of our women in science, sports, music, arts, and politics are visible and admirable. However, improvement for women is a process not a destiny. Hence, the Afghans firmly believe that women’s rights, access to health care, and education in some parts of the country are critical areas that need more attention. The Afghan government has committed itself to pay special attention on these challenges to create a better society for women.

P.S. A word to our friendly people of Korean, the Afghans are proud of the relations that exist between the two nations, over past two decades Korean have been actively involved in Afghanistan issues, presence of Korea National Army, KOICA colleagues, doctors, nurses, technicians in post-Taliban Afghanistan are remarkable. Since the revival of our relations in 2001 Republic of Korea generously contributed in reconstruction and rehabilitation of the country with tangible outcome which Afghan people will never forget. We perceive a bright future in our relations and hope current level of interaction between our nations get stronger with the stabilization of Afghanistan.