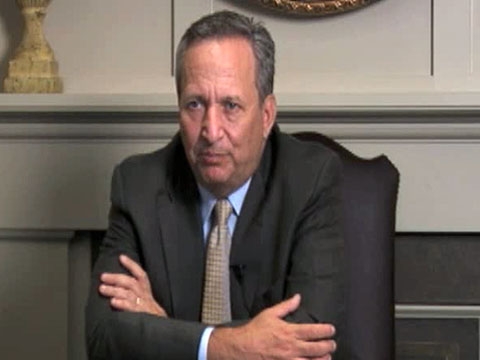 Asia Society's latest task force report, Growing Together Beats Falling Apart: Making Asian Economic Integration Work for Asia, the United States and the World, outlines a series of steps that Asia-Pacific and other countries can take individually and collectively to stem the rising tide of protectionism, currency and capital control, and economic nationalism that threaten to undermine the global economy.

The report, which was released November 9, just prior to the G-20 Summit in Seoul, Korea, asserts that at a time when many Asian economies are growing far faster than the developed world and Asian populations and states are connecting to one another more than ever before, policies must be developed, decisions made, and actions taken by all involved to ensure that Asia's increasing economic integration leads to more balanced global growth rather than a more divided world.

The report makes a number of specific recommendations for how G-20 states can do more to foster economic growth and counter the rising tide of economic nationalism.

"With global economic tensions on the rise and the specter of ‘currency wars' and protectionism growing, it is critical that the world's leading countries find ways of working together for the common good," said Task Force Chair Bill Rhodes. "This report, which combines the thinking of experts from across the Asia-Pacific region, provides a common sense strategy for achieving this goal."

"Asia's rise has the potential to usher in a new era of international cooperation and collaboration or, alternately, could lead to a weakening of international norms, greater levels of economic nationalism, and a less secure word. The difference between these two possible outcomes will be determined by a series of decisions to be made by individual countries, regional groups, and multilateral organizations over the coming years" said Asia Society Executive Vice President and Project Coordinator Jamie Metzl. "Asia Society is deeply committed to doing its part to help bring the countries of the Asia-Pacific region together for common purpose through this task force and other Society projects and initiatives."

The task force's recommendations include:

Rakesh Mohan
Professor in the Practice of International Economics and Finance, the School of Management and Senior Fellow
Jackson Institute for Global Affairs, Yale University