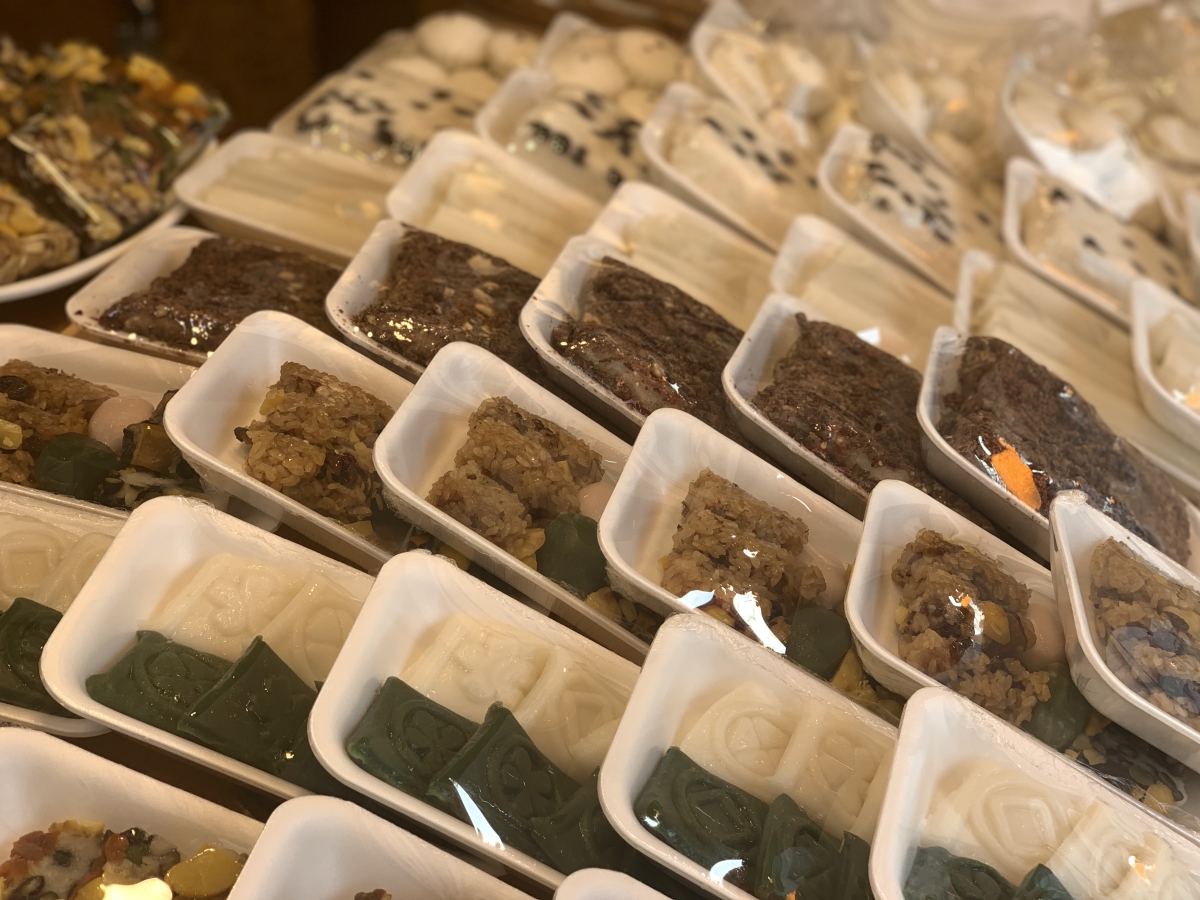 As a part of the Leo Gala Series to give wider publicity to Korean culture and promote its beauty beyond the mere facade, Asia Society Korea presents a culinary report on the different types of Korean rice cakes which are a meal, seasonal delicacy, and also a medium of symbolic and cultural significance to be had at traditional gatherings such as marriage and funerals.

Food can reveal so much about a culture’s history and values. Tteok (떡), Korean rice cake, is enjoyed by many Koreans as a dessert, a seasonal delicacy, and even a meal. Different types of tteok are served for different occasions including national holidays, weddings, ancestral ceremonies, and more.

Much like Kimchi and pasta, tteok has a lot of varieties and it can be categorized depending on the ingredients or how it is made. Although tteok is commonly translated as rice cake, the main ingredient for making tteok is not restricted to rice. It can be made using most grains, and the most common are glutinous and non-glutinous rice. Depending on the occasion, other ingredients can be added to enhance the flavor. Tteok can largely be divided into four categories depending on how it is prepared: 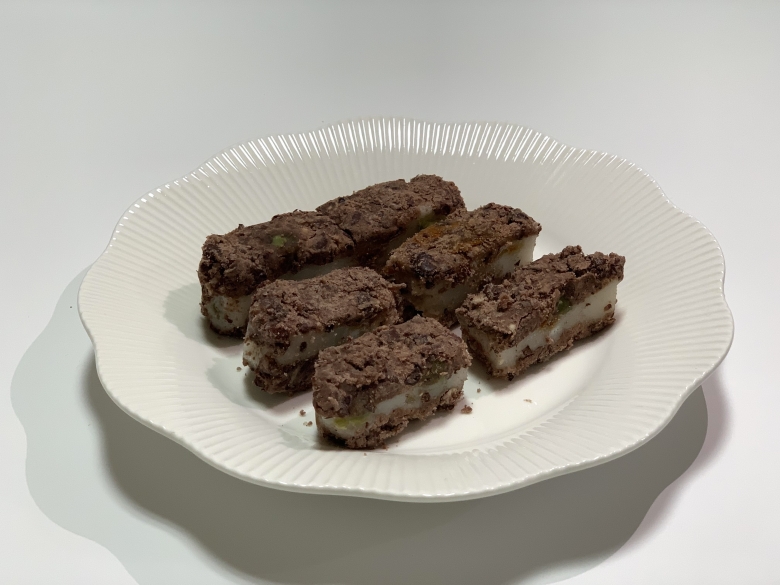 1. Sirutteok (시루떡) – Steamed Tteok
The main ingredient in sirutteok is rice. The rice is made into fine rice flour before water is added to create a dough-like mixture. Other ingredients such as sweet red beans, seeds, grains, and/or nuts can be used as well. The additional ingredients are washed before being added to the rice flour mixture in layers before it is steamed. This particular type of tteok is usually cut into rectangular pieces (like a lasagna) for people to share. The texture is unique as it feels very soft when you bite into it.
Sirutteok with sweet red beans is often found on ritual tables, while another type of sirutteok called mujigaetteok (무지개떡), or rainbow rice cake, was traditionally used for parties such as weddings and birthdays. 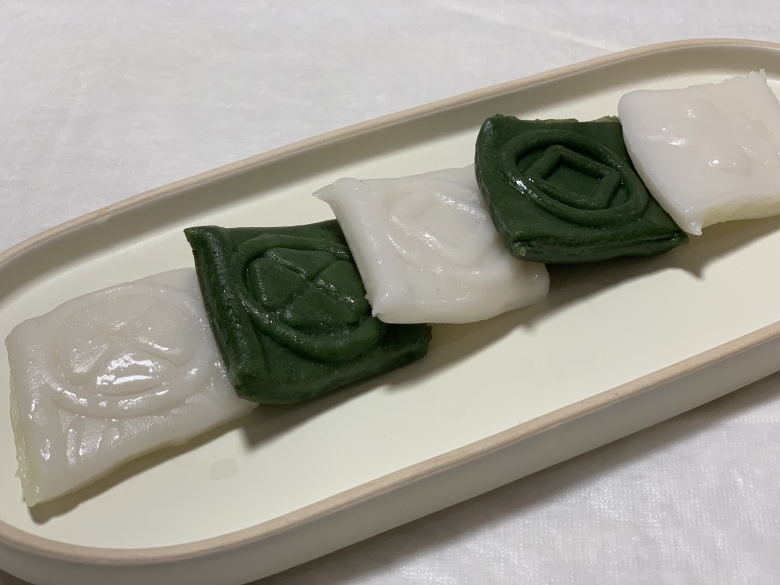 2. Jeolpyeon (절편) – Pounded Tteok
Jeolpyeon is usually made by pounding steamed rice until the tteok has a silky and stretchy texture. Additional components can be added while the rice is steaming, combined with the rice as it is pounded, or added after the pounding to deliberately add more texture. This particular type of rice cake is sometimes shaped with wooden trays or stamps.

A type of pounded tteok that is always popular is garaetteok (가래떡). Garaetteok is made with a steamed mixture of non-glutinous rice flour and water. It was traditionally rolled into long, cylindrical shapes. Today, the rice cake is pounded and extruded with a machine. The end-product is either cut into inch-long pieces to be used in the infamous Korean street food, tteokbbokki (떡볶이), spicy rice cakes, or thinly sliced to cook tteokguk (떡국), rice cake soup, a dish traditionally eaten on Seollal, Korean Lunar New Year. Read more about the traditional holiday here. 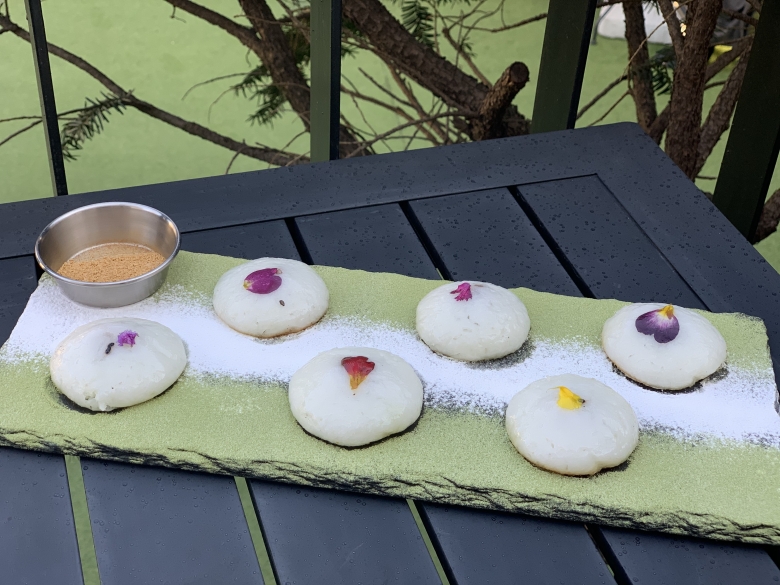 3. Hwajeon (화전) – Pan-friend Tteok
Hwajeon can directly be translated as flower pancakes. The sweet, bite-size, spring treats are made by pan-frying batter made with glutinous rice flour, water, and sugar and decorated with edible flowers such as Korean azalea, chrysanthemum, or rose petals. 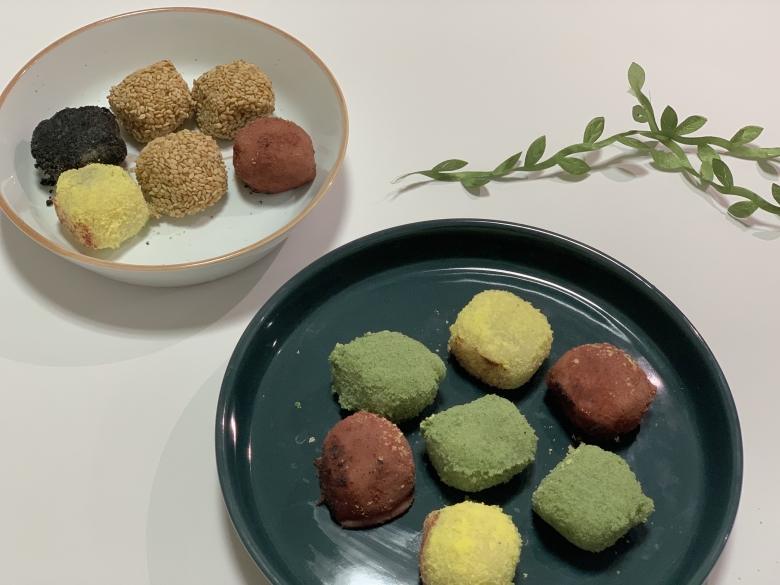 4. Gyeongdan (경단) – Shaped Tteok
Gyeongdan are round, bite-size treats that were often presented and consumed during celebratory events such as weddings and first birthdays. A mixture primarily made from glutinous sorghum flour or glutinous rice flour is shaped into small balls before they are boiled. The boiled rice cakes are then fully covered with various ingredients such as honey, crushed nuts or beans, or cinnamon powder. The little rice cake balls are decorated with different colorful ingredients to radiate elegance and joy during a festive event.

During your next visit to Korea, visit a traditional market to find the unique types of tteok or try visiting a folk village in Korea to experience how tteok was traditionally prepared.