Cooking Class with the Embassy of Greece 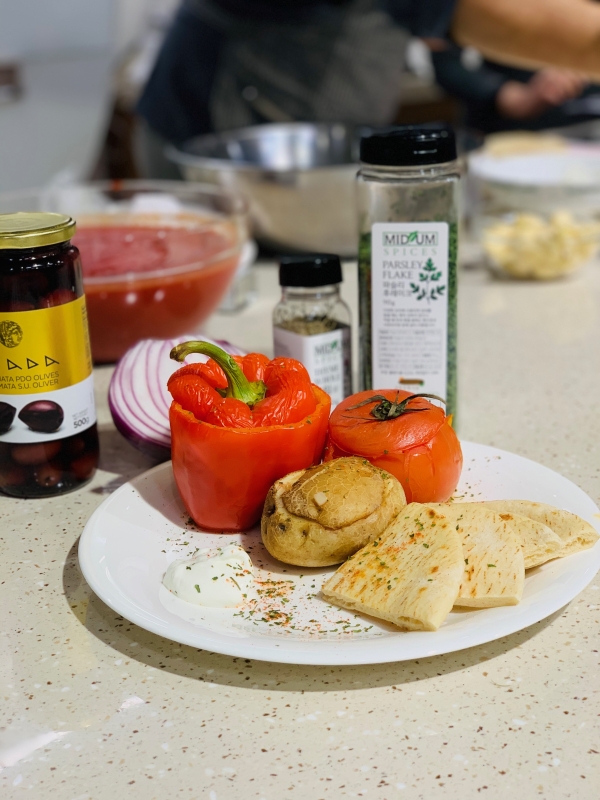 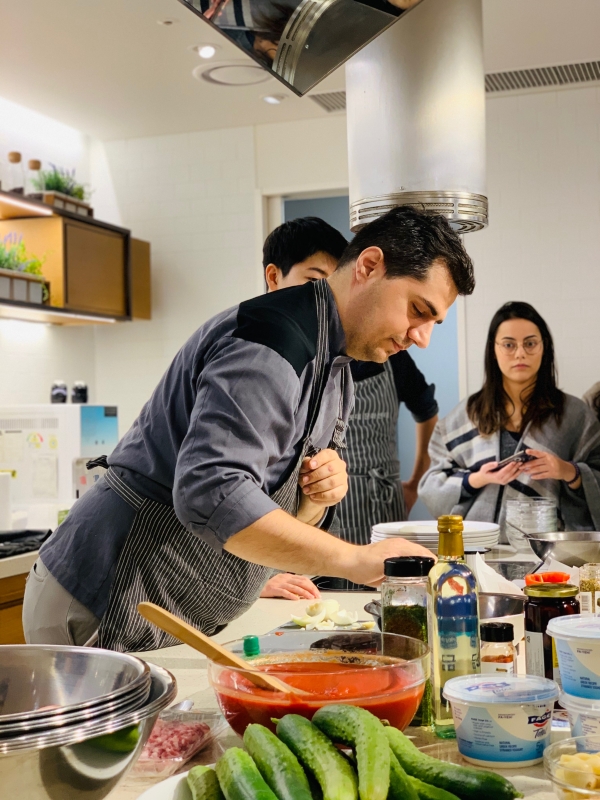 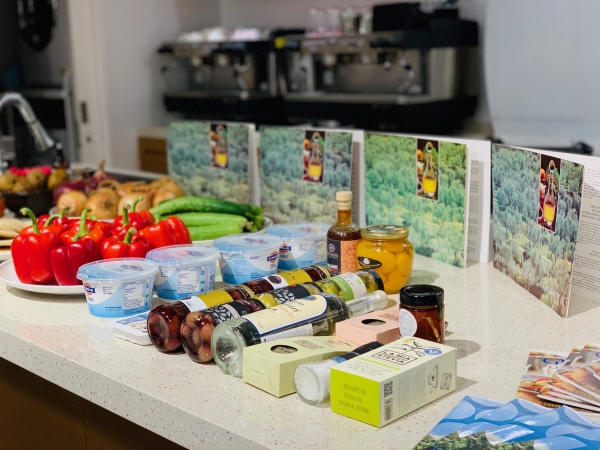 Greek salad is made with pieces of tomatoes, sliced cucumbers, onion, feta cheese, and olives, typically seasoned with salt and Greek mountain oregano. It is served with a touch of olive oil dressing. Greek salad is often thought of as a farmer’s breakfast or lunch, as its ingredients resemble those that a Greek farmer might normally have on hand.

Tzatziki is a yogurt-based dip, soup, or sauce. It is made of salted strained yogurt or diluted yogurt mixed with cucumbers, garlic, salt, olive oil, and sometimes with vinegar or lemon juice. Herbs such as dill, mint, parsley, and thyme are also added. Greek-style tzatziki is typically served as a side with meat dishes, such as spiced chicken and vegetable couscous. It may also be served as part of an assorted appetizer platter that is traditionally served with the anise-flavored liquor called ouzo.

Gemista is a traditional recipe for Greek stuffed tomatoes and/or other vegetables that are baked, until soft and nicely browned. The traditional Greek recipe for gemista can be either vegetarian, where the gemista is filled with rice and chopped vegetables and baked in a tomato based sauce, or it may contain minced beef or pork. There are countless recipes for Greek stuffed tomatoes, with almost every household having its own.

The participants were very keen to learn the recipes for authentic Greek cuisine, which features nutritious ingredients and rich in flavor.