Brexit: What it means to Korea and the Asia-Pacific  | Asia Society Skip to main content

Brexit: What it means to Korea and the Asia-Pacific 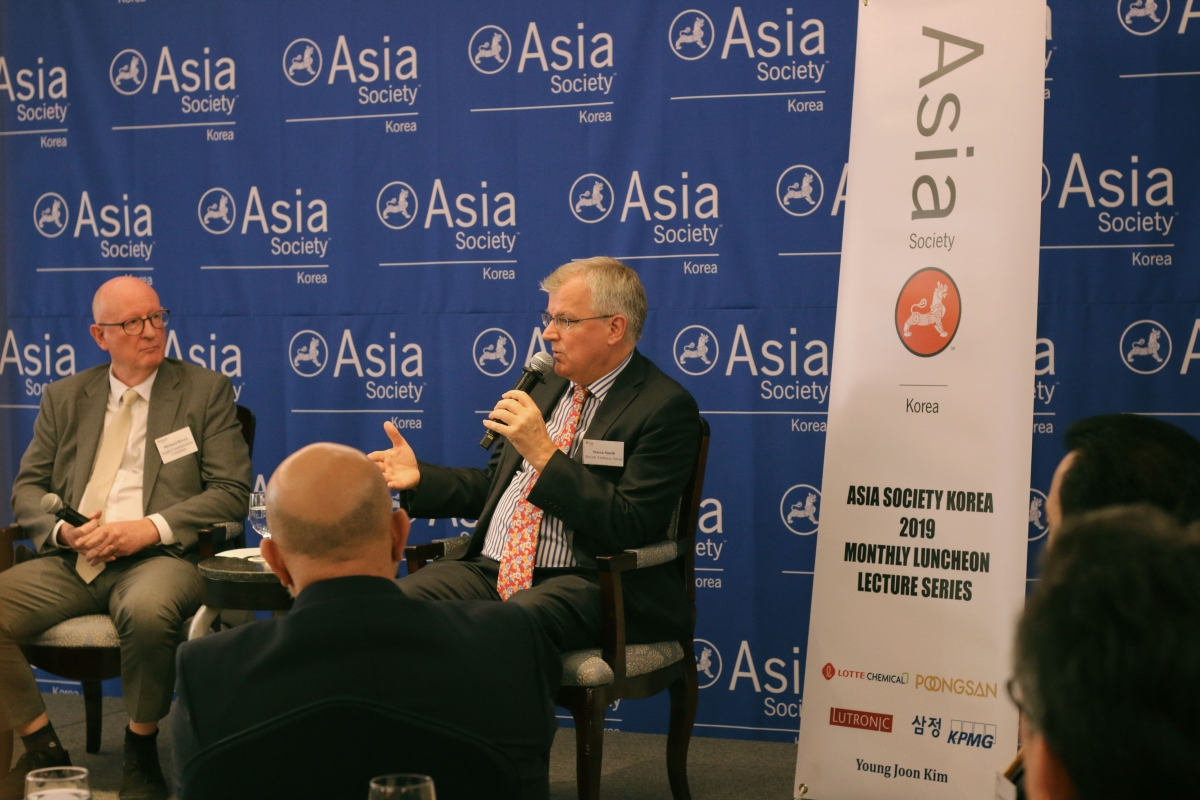 Asia Society Korea had the honor of inviting Ambassador H.E. Simon Smith, from the British Embassy in Seoul, to speak at the October monthly luncheon. With Brexit still dominating the headlines, Ambassador Smith spoke about the current political developments in Britain, along with the possible effects of Brexit on Korea and the Asia-Pacific. H.E. Simon Smith has been the British Ambassador to the Republic of Korea since March 2018. He first visited North and South Korea in 2002-4 when he was Head of the Foreign & Commonwealth Office’s NE Asia & Pacific Department. He has served as British Ambassador to Ukraine and to Austria – where he was also the UK’s Permanent Representative to UN and international organizations in Vienna, and the UK Governor on the Board of the International Atomic Energy Agency. He began his career in the Diplomatic Service in 1986, and has also worked – largely on economic, trade and investment issues – at the British Embassies in Tokyo and Moscow. Drawing from his deep understanding and experience in British and Asian politics, Ambassador Smith provided great insight on the Brexit issue at this month's off-the-record special lecture. Asia Society Korea member Mike Breen moderated the discussion.