Are Chopsticks the Same in All Asian Countries? | Asia Society Skip to main content

Are Chopsticks the Same in All Asian Countries? 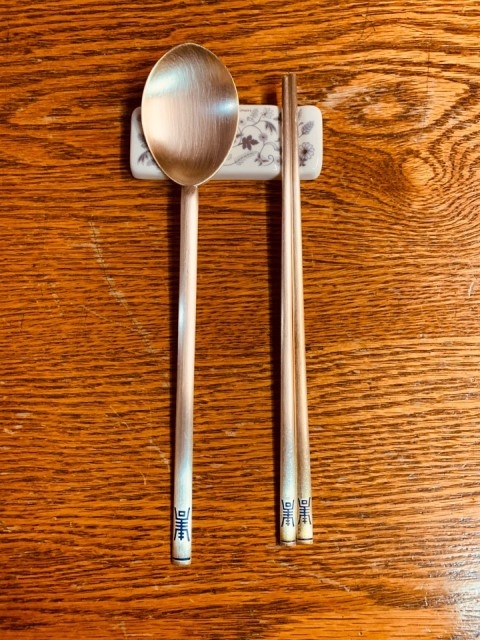 As a part of the Leo Gala Series to give wider publicity to Korean culture and celebrate its beauty beyond the facade, Asia Society Korea presents a comparative coverage of the chopstick culture in East Asia.

Over the long history of mankind, different types of utensils have been used for preparing and consuming food. If Western dining is commonly defined by a fork and knife, chopsticks are what many people expect in Asia.

As time passed and the diets changed, China and Japan mostly used chopsticks as their main tools for eating. Spoons are often provided upon request or used with specific dishes that require a spoon. In Korea, on the other hand, the spoons and chopsticks that were used during the Joseon dynasty are what we use in modern-day Korea, except the materials that are used to make the spoons and chopsticks has changed. This particular set of utensils is called su-jeo (수저) — spoon (sut-ga-rak) and chopsticks (jeot-ga-rak) — in Korean.

Chopsticks are thought to be as old as ancient China and are believed to have been introduced to Korea and Japan as early as 500 AD. Depending on the available resources, rather it be for food or what the dishes are made of, chopsticks have developed differently in all three countries. Food anthropologists have different theories about the reasons for this.

In China, chopsticks are longer, wider, and often made of wood or plastic. Their diet included many fried foods, and the meals were often shared among a large group. In Japan, chopsticks are shorter, thinner, and made of wood. Dishes in Japanese cuisine are often prepared for each individual, so it was unnecessary to use longer chopsticks.

Meanwhile, in Korea, spoons and chopsticks became shorter and flatter as the aristocrats practiced eating alone and brass bowls became commonly used among the wealthy. Due to its high thermal conductivity, brass bowls were hot and heavy to hold. As a result, a flatter, shorter spoon was more convenient and preferred. As soup continued to be an essential part of Korean cuisine, spoons never left the table and people still continue to alternate between chopsticks and spoons with one hand.

Then why did metal utensils become popular? During the Joseon dynasty, the king used silver spoons to detect if his food was safe since the material effectively changed color in the presence of toxins. Aristocrats used brass su-jeo. The less fortunate were unable to afford brass utensils and used wooden ones, but it was generally believed that brass su-jeo were better, perhaps as a symbol of wealth. However, wooden su-jeo made from the willow tree were used for funerals and ancestral memorial services regardless of class.

Today, metal su-jeo are considered more hygienic as they are able to be sterilized in boiling water. Their popularity in Korea can also be due to the fact that Koreans usually eat their rice with spoons, unlike China and Japan where chopsticks are preferred and thus wooden chopsticks are more efficient. Another theory suggests that the use of metallic utensils came from the Korean War. With limited resources, people were forced to be creative. They recycled tin cans from the army to make utensils when they couldn’t find or afford brass. At first, the public was uncomfortable with this change and claimed the utensils were so flat and light that they would slip right out of their hands. To improve their functionality, craftsmen carved decorations into the end of the spoons and chopsticks to increase friction and prevent the tools from slipping.

Although they may all look similar, eating utensils often contain a story that stems from a country’s cultural identity and history. Take a closer look at the utensils next time you visit a restaurant. It may enrich your dining experience as much as the food itself.