Since 2008, Asia Society Korea has worked closely with embassies and diplomatic missions in South Korea to produce programs that promote mutual understanding among peoples, leaders, and institutions of the Asia-Pacific and the rest of the world. The Ambassador Series, which spans diplomacy, policy, trade, and culture, is consisted of two main programs: the Ambassador Interview and Eat Taste Learn (formerly Healthy Food of Asia). Another flagship program of the series is the annual welcome dinner where we host new ambassadors who have been posted to the country.

Ambassador of the Year Awards

There are 113 foreign diplomatic missions and ambassadors in South Korea — 81 of whom are currently serving as Asia Society Korea’s honorary members.

In 2013, Asia Society Korea established the Ambassador of the Year Award to honor members of the foreign diplomatic community in Korea for their active involvement in and support for Asia Society Korea. The award winners are nominated and selected by the previous year’s awardees and are asked to serve as members of Asia Society Korea’s Program Committee for one year to offer advice and expertise on various events and programming matters.

Traditionally, the Award ceremony is held in conjunction with the Leo Gala. The ceremony also recognizes the outstanding work and achievements of Seoul’s diplomatic community who endeavor to strengthen ties and promote a deeper understanding between their home and host countries.

Previous Ambassadors of the Year

2015 — Ambassadors of India and Kuwait

2016 — Ambassador of the Philippines

2017 — Ambassadors of Kuwait, India, and Azerbaijan

2020 — Ambassadors of Singapore and the United Kingdom

2021 ㅡ Ambassadors of Israel and the European Union 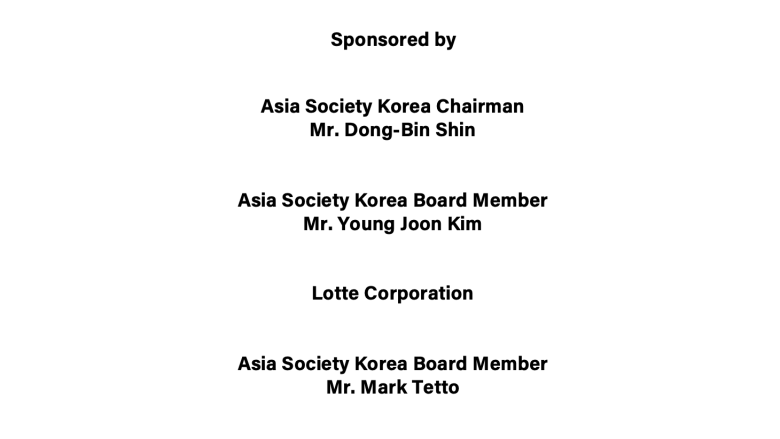