After Hanoi: U.S.-ROK and U.S.-Japan Relations Following the February Summit 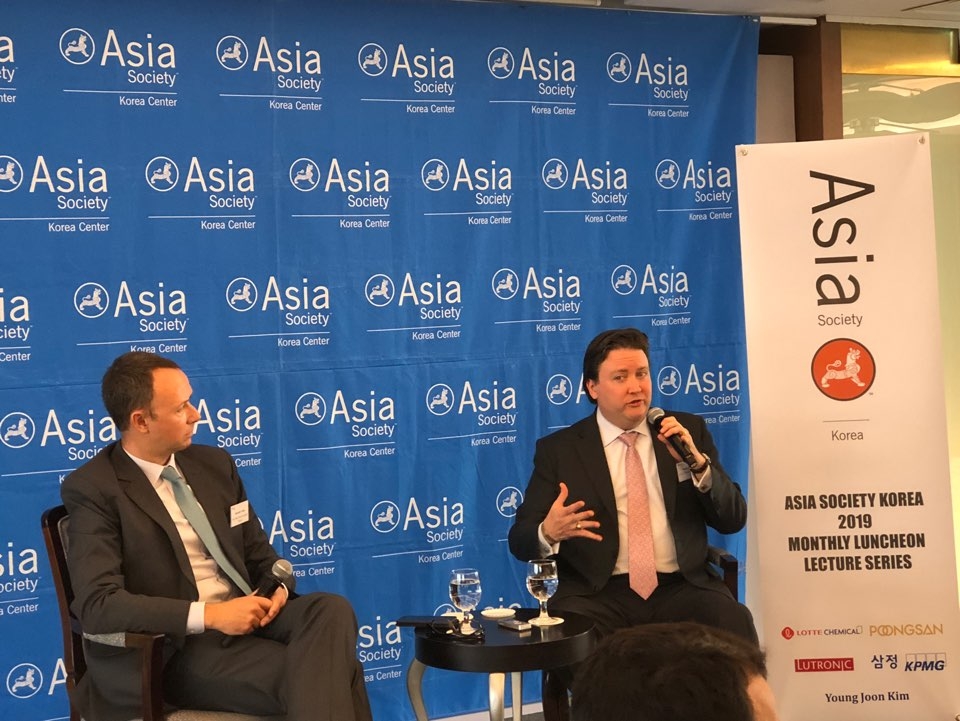 April 24, 2019 - Asia Society Korea hosted its latest luncheon on Wednesday, April 24th with another prestigious speaker at the podium. Attendees had the pleasure of listening to Mr. Marc Knapper, the Acting Deputy Assistant U.S. Secretary of State for Japan and Korea. Mr. Knapper has a wealth of experience having served twice at the U.S. Embassy in Seoul – first between 1993 and 1995, and again from 1997 to 2001. Mr. Knapper has twice traveled to the Democratic People’s Republic of Korea for official purposes, once in 1997 as the State Department representative to the Spent Fuel Team at the Yongbyon nuclear facility, and again in 2000 as part of the advance team for then-Secretary of State Madeleine Albright’s visit to Pyongyang. This made him the perfect person to speak about this month’s topic: “After Hanoi: U.S.-ROK and U.S.-Japan Relations Following the February Summit”. Mr. Alastair Gale, Tokyo bureau chief of The Wall Street Journal moderated the talk.