Sense and Sensibility: Culture and the Conduct of Life | Asia Society Skip to main content

Sense and Sensibility: Culture and the Conduct of Life

What role does cultural creativity play in a world where communities are divided by ideologies of exclusion and division? How do the Arts shape our emotional and imaginative senses so that we can create a culture of civic life that respects and nurtures the diverse and plural sensibilities of those with whom we share the planet? The convergence of Beauty and Hospitality distinguish the moral vision of the Arts. Cultural hospitality is the ability — indeed the obligation — of the arts to welcome what is new, innovative, path-breaking, out of the box, into the realm of artistic practice and critical reflection. Unheard voices, marginalized identities, and minoritarian perspectives represent challenges that have the potential to transform aesthetic forms and techniques while enabling us to rethink and revise the cultural norms by which we define our artistic tastes and social traditions. Our panel, Yo-Yo Ma, TM Krishna, Nandita Das and Homi Bhabha, will consider these questions from a range of practical perspectives brought to life by an element of spontaneous performance.

This conversation is part of Yo-Yo Ma's Bach Project, a two-year journey that asks how culture can help us imagine and build a better future. This special event follows his 21 January performance of JS Bach's six cello suites, his first ever concert in India.

Yo-Yo Ma’s multi-faceted career is testament to his enduring belief in culture’s power to generate trust and understanding. Whether performing new or familiar works from the cello repertoire, collaborating with communities and institutions to explore culture’s role in society, or engaging unexpected musical forms, Yo-Yo strives to foster connections that stimulate the imagination and reinforce our humanity. With partners from around the world and across disciplines, he creates programs that stretch the boundaries of genre and tradition to explore music-making as a means not only to share and express meaning, but also as a model for the cultural collaboration he considers essential to a strong society. Expanding upon this belief, in 1998 Yo-Yo established Silkroad, a collective of artists from around the world who create music that engages their many traditions. In August 2018, Yo-Yo began a new journey, setting out to perform Johann Sebastian Bach’s six suites for solo cello in one sitting in 36 locations around the world, iconic venues that encompass our cultural heritage, our current creativity, and the challenges of peace and understanding that will shape our future. Each concert will be an example of culture’s power to create moments of shared understanding, as well as an invitation to a larger conversation about culture, society, and the themes that connect us all.

Thodur Madabusi Krishna's three-initialed renown as 'TMK' comes from his widely acknowledged stature as a voclaist in the Karnatik tradition. musicality eludes standard analyses. Uncommon in his rendition of music and original in his interpretation of it, Krishna is at once strong and subtle, manifestly traditional and stunningly innovative. He studied at the Krishnamurti Foundation's The School in Chennai, and Jiddu Krishnamurti's philosophy of 'pathlesnees' has unmistakably influenced his un-preconditioned journey over the Karnatik continent. Krishna's musical grounding was honed into mastery under the tutelage of Vidvan Seetharama Sarma, Chengalpet Ranganathan, and the legendary Semmangudi Srinivasa Iyer. His path-breaking book A Southern Music – The Karnatik Story , published by Harper Collins in 2013 was a first-of-its-kind philosophical, aesthetic and socio-political exploration of Karnatik Music. In 2016, Krishna received the prestigious Ramon Magsaysay Award in recognition of ‘his forceful commitment as artist and advocate to art’s power to heal India’s deep social divisions’. His latest book Reshaping Art published by Aleph Book Company, asks important questions about how art is made, performed and disseminated and addresses crucial issues of caste, class and gender within society while exploring the contours of democracy, culture and learning.

Nandita Das has acted in more than 40 feature films in 10 different languages. She made her directorial debut with Firaaq in 2008, that won many accolades and appreciation, both in India and abroad. Nandita also acted, wrote and directed the play, Between the Lines in 2012 that dealt with the subtle gender inequalities that exist amongst the affluent, educated class in India. She was on the jury of the Cannes Film Festival twice (2005 and 2013), among others. She has a Master's degree in Social Work and is a strong advocate for issues of social justice and human rights. She was the Chairperson of Children’s Film Society between 2009 and 2012. Nandita has been conferred the ‘Knight of the Order of Arts and Letters’ by the French Government. She was the first Indian to be inducted into the Hall of Fame of theInternational Women’s Forum. She was selected as a World Yale Fellow in 2014. Nandita's second directorial venture, Manto, based on the life and works of Saadat Hasan Manto, one of the greatest short story writers of South Asia, has its world premiere at the Cannes Film Festival and then went on to be screened at many other prominent festivals. Manto released in theatres in India on September 21, 2018 and on Netflix on December 1, 2018.

Homi K. Bhabha is the Anne F. Rothenberg Professor of the Humanities, Director of the Mahindra Humanities Center, and Senior Advisor to the President and Provost at Harvard University. He is the author of numerous works exploring postcolonial theory, cultural change and power, contemporary art, and cosmopolitanism, including Nation and Narration, and The Location of Culture, which was reprinted as a Routledge Classic in 2004. His next book will be published by the University of Chicago Press. He is a member of the Academic Committee for the Shanghai Power Station of Art, and the Mobilising the Humanities Initiating Advisory Board (British Council), an advisor on the Contemporary and Modern Art Perspectives (C-MAP) project at the Museum of Modern Art New York, a Trustee of the UNESCO World Report on Cultural Diversity, and the Curator in Residence of the Boston Museum of Fine Arts. He holds honorary degrees from Universite Paris 8, University College London, the Free University Berlin, and Stellenbosch University in South Africa. In 2012 he was awarded the Government of India's Padma Bhushan Presidential Award in the field of literature and education, and he received the Humboldt Research Prize in 2015. 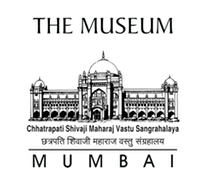