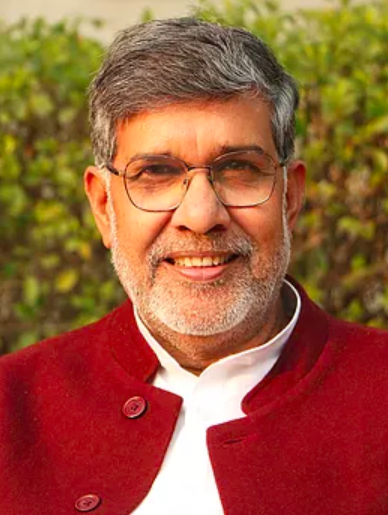 Asia Society India Centre is honoured to host Nobel Peace Laureate Kailash Satyarthi to deliver a lecture commemorating the fifth anniversary of him receiving the award. The lecture will be followed by a discussion with Brian Carvalho, Editor, Forbes India.

Kailash Satyarthi is one of the world’s most active and influential Nobel Laureates. He represents the collective pride of a billion Indians, a human rights champion whose crusade began in 1980, when he formed the Bachpan Bachao Andolan, and rescued 88000+ children from child labour and trafficking. Bachpan Bachao Andolan's helpline 1800 102 7222 is still one of the most active helplines to save trafficked children in India. Satyarthi is unarguably the world’s foremost leader in abolishing child and bonded labour. His heroic and relentless crusade has moved the world from denial about abusive child labour to acknowledgement, awareness and action. Thanks to his tireless blend of activism, dialogue and deep compassion, the ILO (International Labour Organisation) declared 12th June as the ‘world day against child labour.’ His impassioned work continues to ignite the conscience of the free world. A short film based on his life, 'The Price of Free', released on YouTube in Nov 2018 has already garnered 7 million views.

Brian Carvalho is a journalist with close to three decades in business journalism. After starting out with Business World in Mumbai, he went on to become managing editor at Business Today, where he covered the who’s who of Indian business. He subsequently moved to The Economic Times where he edited features as well as The Economic Times Magazine out of New Delhi. He has been editor of Forbes India since November 2017, based in Mumbai.