A New Watershed in Korean Literature 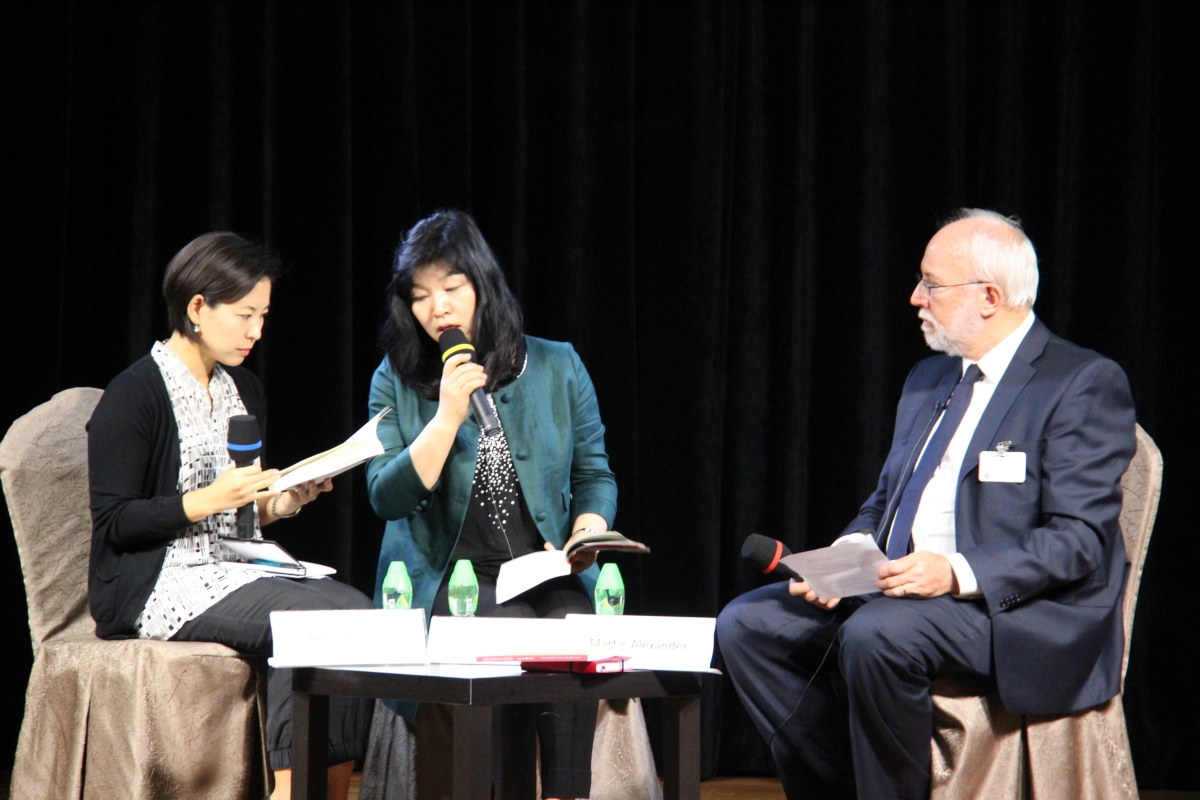 Alexander lauded Shin's novel Please Look After Mother as a watershed for Korean literature as it marks a new wave of Korean work to be published in English.

The book follows a family's search for their mother but "in effect, the focus is not on the mother that is lost but rather on the family. In a strange twist of fate it is the family who is searching [for] themselves," explained Shin.

Alexander added that "the book becomes the property of all men and women in discovering their mothers." Shin's inspired use of second-person narration is used to approach the mother on a deeper level. Shin emphasizes that the "story of the book is to love as long as you can, which is hopefully reinforced in the family's search."

Shin was motivated to find a way for "tradition and modernization to communicate," in a way that underscores the universality of the loss of identity. The mother becomes a symbol of what has been lost in Korea's fast-paced change from a rural to industrial society.

As the first woman and first Korean to win the Man Asian Literary Prize, Shin's achievement highlights a new exposure for, and focus on, Korean literary work. Many now await the release, following translation, of her other books, I'll Be Right There and A Solitary Room.