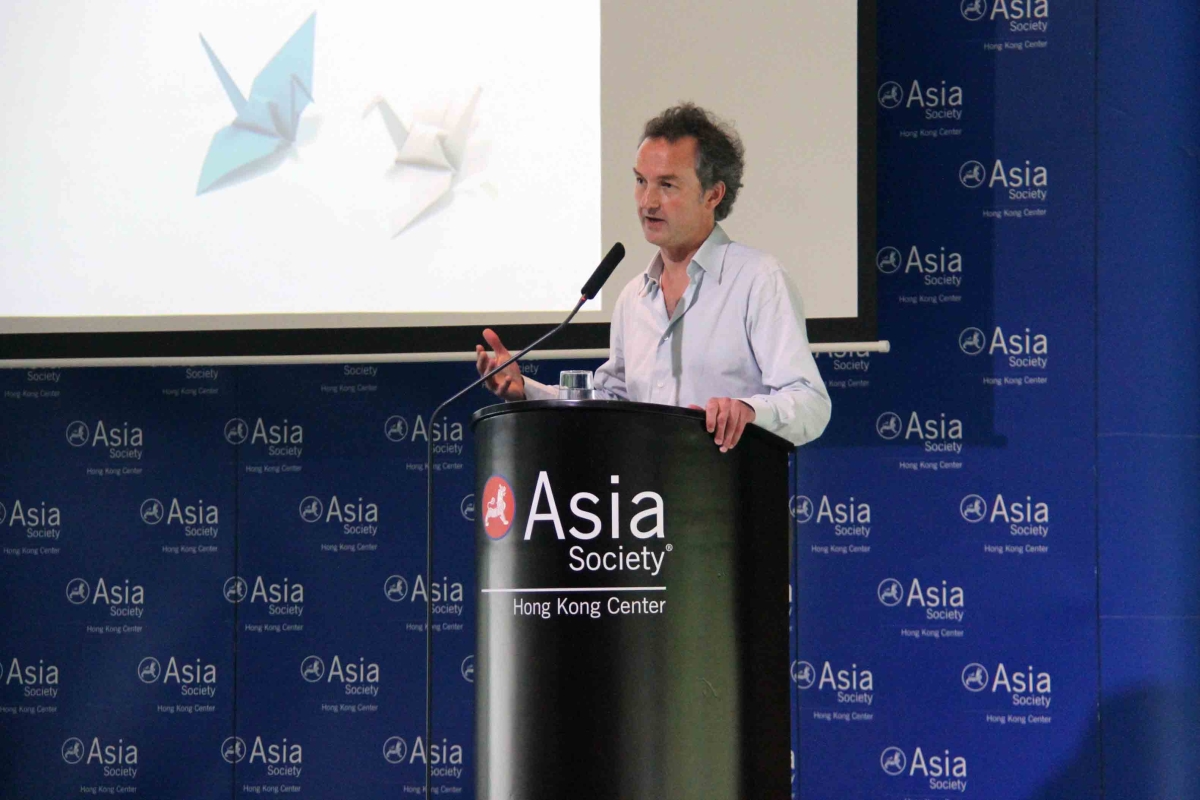 HONG KONG, June 10, 2013 — In a presentation at the Asia Society Hong Kong Center, journalist and author Joe Studwell explained why Northeast Asian countries have been an economic success while their southeastern counterparts have lagged behind.

According to Studwell, the most developed East Asian economies — Japan, South Korea and Taiwan — had three tricks that propelled them to wealth: land reform to maximize high-yield household farming, a focus on export-oriented manufacturing to produce globally competitive goods, and strict capital control. While those tricks worked for those countries, Studwell suggested that the way forward for Southeast Asia requires looking at the relationship between two different methods — the economics of development (upgrading people) and economics of efficiency (maximizing production).

Quoting his new book, How Asia Works: Success and Failure in the World's Most Dynamic Region, Studwell argued that the Southeast Asian economies he has examined (Indonesia, Malaysia, Thailand, the Philippines, and Vietnam) have languished because of ineffective policy goals and poor governance. Setting the right policy direction, implementing such measures with good leadership and fighting corruption are crucial for growth, he added. "Southeast Asia has taken a lot of bad advice," Studwell said. "Development, in the end, requires political leadership."

The British author also emphasized the need for Southeast Asians to overcome economic determinism, a sentiment which he believes is pervasive in the region. "There's no reason why Southeast Asians should be poor. These highly unpredictable countries can manage to get better. It's all about choices and what people have done," he explained.