Haywire: A Polish-Chinese American Acts Out 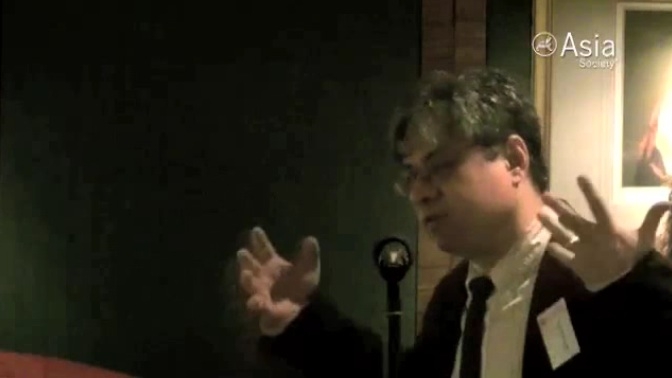 HONG KONG, April 19, 2011 — "It is very autobiographical, there's no secret about it," author Thaddeus Rutkowski said of his latest novel, Haywire.

In a reading/performance at the Asia Society Hong Kong Center, Rutkowski offered a glimpse into his life growing up in central Pennsylvania as the son of a Polish-American father and a Chinese mother.

Influenced by traditional literature as well as performance art, Rutkowski acknowledged his writing was based very much upon personal experience. However, he said, "I call it fiction because I use a lot of fictional devices or tricks or elements in my writing to make it more dramatic than it would be if it was just a memoir."

Moderator Sally Dellow, a playwright and actor, described Rutkowski's unique style as "an accumulation of very simple language that ultimately paints a picture."

In Haywire Rutkowski doesn't give the reader details such as the name of the town where the protagonist resides or names for many of the characters. As he told the audience here, "In a way it is easier than a memoir because I didn't have to give all the facts," adding that this "makes it a distilled or restructured telling of a story."

The maternal figure in Rutkowski's novel has only a cameo role, closely reflecting that of his own mother, who worked away from home. "I did not deliberately make her a shadow, but I can see where that comes from .... I never really understood my mother's culture because I didn't grow up in it," Rutkowski admitted.

The paternal figure, on the other hand, is someone to whom the author is much closer. Rutkowski described him as a "strong personality, someone who was brought up during the Second World War and enlisted a lot of army discipline into his family, had a drinking problem, didn't acknowledge it, and lived his life that way."

This coming-of-age story addresses the kinds of personal issues that act as a reminder that "one does not get through this kind of childhood unscathed, that problems that begin in childhood tend to take shape in adulthood. Maybe in different ways, but they are related."