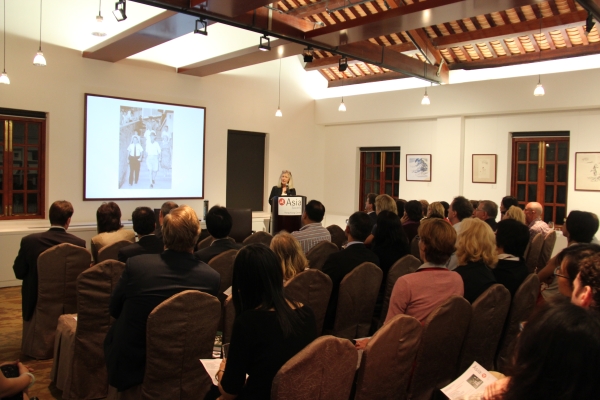 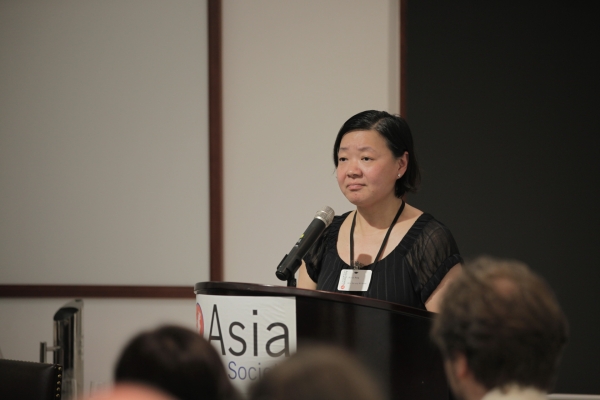 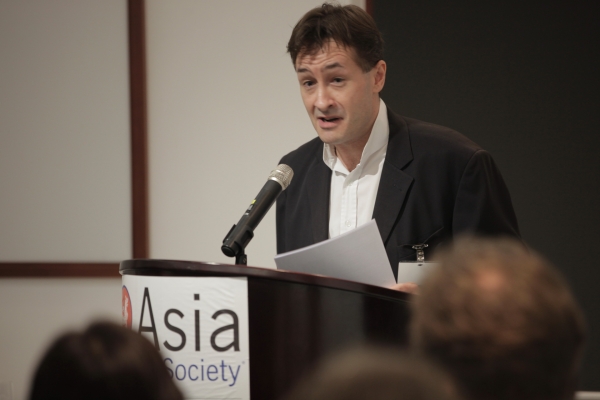 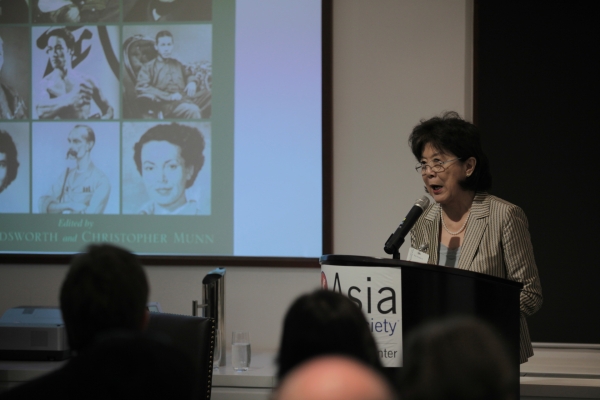 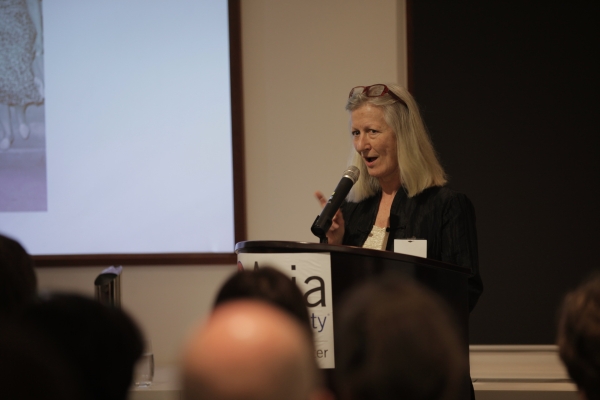 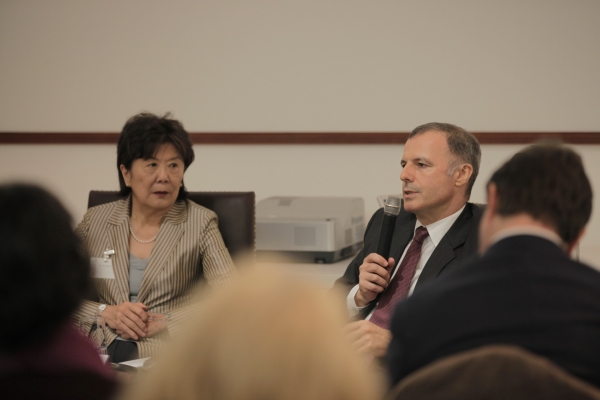 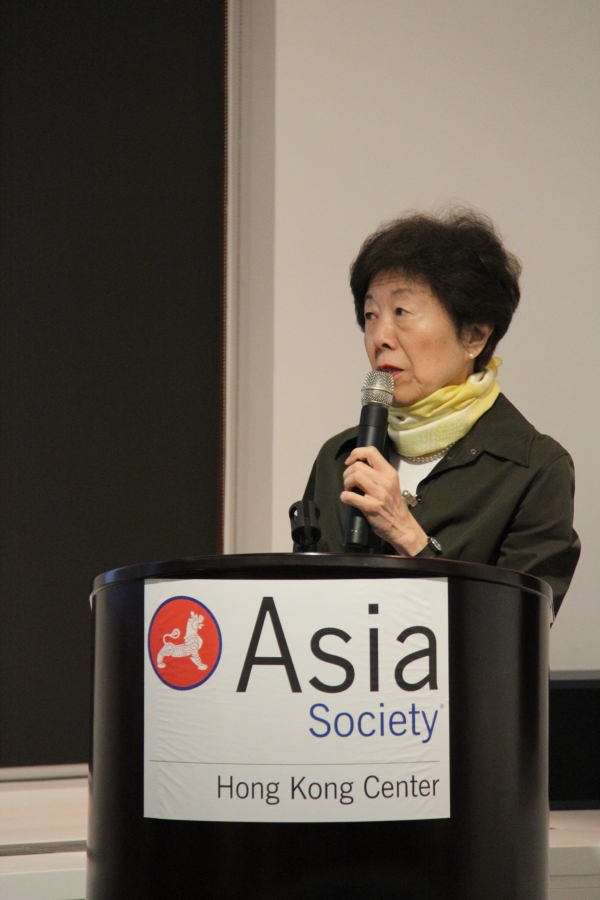 HONG KONG, April 25, 2012 — "Hong Kong is not rich in historical monuments, it has a few heritage buildings, hardly any picturesque ruins." Yet one way to understand Hong Kong's past, according to May Holdsworth, co-editor of the newly published Dictionary of Hong Kong Biography, is to read the biographies of the men and women who lived here. Discussing the book with co-editor Christopher Munn at the Asia Society Hong Kong Center, Holdsworth noted that through the project, she has learned to share with the public the diversity of the people who came and settled in Hong Kong, and the intricate connections linking the city's denizens over time.

Dictionary has 525 short biographies of men and women deemed significant to the history of Hong Kong. As well as profiles of colonial governors, film stars and wealthy merchants, Holdsworth and Munn provided a broader representation of the city's residents by including people who were not wealthy, powerful or distinguished. Other entries feature more unsavory characters from the past such as pirates, gangsters and other scoundrels, and even a few eminent failures.

One of the contributors to the Dictionary, Lynn Pan, regaled the audience with the story of a Shanghai gangster of 1920s, Du Yue-Sheng, who had close ties with the Nationalist government but came to Hong Kong after the Nationalist army lost in the civil war in China.

Filmmaker Libby Halliday, another contributor, noted that she initially thought she would write only one biography, but eventually penned nine. This included the contributions of Sir Robert Black, colonial secretary of Hong Kong and later governor in the late 1950s, and two nuns — Sister Mary Aquinas and Sister Mary Gabriel in the 1940s.

The co-editors said they were only able to find a handful of women to add to the collection because of society's past gender imbalance, while Munn added that women in the old days led very private lives. The co-editors did say, however, that they've uncovered some potential women candidates. "The future edition of the Dictionary will make sure this [gender] balance is correct," said Munn.