About the Hong Kong Center 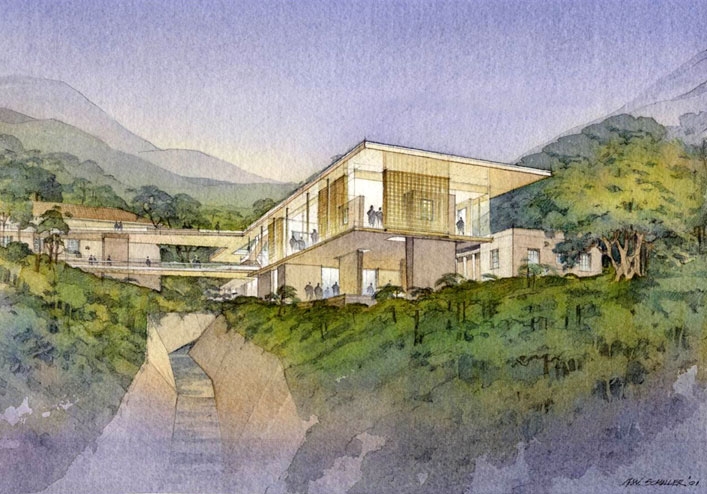 The Asia Society Hong Kong Center, founded in 1990 by a group of Hong Kong community leaders, hosts close to 100 programs annually in Hong Kong. Through lectures, seminars, conferences, exhibitions, performances, and film screenings the Hong Kong Center presents the uniqueness and diversity of the region. As the premier forum for public discussion, we have hosted many distinguished speakers over the years about the history, society, politics, economics, cultures, and arts of Asia and global issues affecting the region.

The Asia Society Hong Kong Center also presents a wide variety of cultural programs, working closely with local institutions to bring acclaimed exhibitions of Asian art to Hong Kong. These have included Treasures of Asian Art: Selections from the Mr. and Mrs. John D. Rockefeller Collection; Inside Out: New Chinese Art and Vietnam Behind the Lines: Images from the War 1965-1975.

Membership is open to all and includes businesspeople, professionals, diplomats, academics, journalists, and others from Hong Kong and throughout Asia, North and South America, and Europe. The Center is supported entirely by membership dues, program fees, and contributions from individuals, corporations, and foundations.

A New Home for the Hong Kong Center
The Asia Society has embarked to a project to establish a permanent center in Hong Kong. The project would involve the conservation, rehabilitation, and adaptive re-use of a group of four former British military buildings in Admiralty.  Known as the Explosives Magazine, the site was constructed in several phases from the 1850s to 1910s, and used to produce and store explosives and munitions. Over time, the vulnerability of the above-ground structures to aerial attacks made the site obsolete. The Explosives Magazine was subsequently used for miscellaneous government storage and workshop functions before it was abandoned in the 1990s.

Transformation of the historic Explosives Magazine involves the four historical buildings as well as new construction.  The Old Laboratory and the GG Block will be converted to administrative offices and meeting rooms; Magazine A will be adapted for use as a museum while Magazine B will become a film and performance theater.  New construction comprises a pedestrian footbridge, covered walkway connecting the existing structures and a two-storey building housing a large function room, café, gift store, and permanent exhibition on the transformation of the Explosives Magazine site.

The conceptual design for the project was developed by award-winning architects Tod Williams Billie Tsien & Associates after a world-wide competition. It combines heritage conservation, adaptive re-use and distinctive new design that reflects the historical significance and setting of the site.

The Asia Society Hong Kong Center’s new home at the Explosives Magazine will be open to the public upon completion, and play a major role in educating people about the countries and cultures of Asia, the US-Asia relationship, and the global issues affecting the region.