The Asian Pacific American Corporate Survey, now in its seventh year, is a national benchmarking study aimed to fill a critical knowledge gap relating to the growth, development and advancement of Asian American Pacific (APA) employees. The survey encompasses a range of Fortune 500 industry sectors. Its results help to identify which companies are perceived as best at successfully attracting, developing and retaining APA talent and to highlight best corporate practices.

Key Findings from the 2016 Survey:

A significant number of Asian Pacific American (APA) and Asian employees believe that they are not part of strategic conversations at their company, and that they are not rewarded for their individual talents, according to a survey of more than 3,300 employees at Fortune 500 and other large employers published today by Asia Society.

Ninety-seven percent of APA employees care about their company’s success and 94% would recommend their company to other APAs as a good place to work, according to the 2016 Asian Pacific Americans Corporate Survey. A significant number of respondents, however, feel that APAs are not rewarded for their individual talents. Roughly one in ten APA employees believe recognition is based on stereotypes and the same number do not believe promotions are awarded based on performance and merit, regardless of gender, race, ethnicity, religious beliefs, and cultural backgrounds.

The survey also finds that APAs are not fully brought into strategic conversations. Sixteen percent of respondents indicate their employer does not encourage the participation of APA employees in market and business development activities, and the same number say their employer does not provide opportunities for high-performing APA employees to gain profit and loss (P&L) experience. Lack of engagement of APA leaders also manifests itself in the executive leadership ranks. Thirty-seven percent of companies report no representation of APA or Asian individuals at the C-Suite level.

When asked which drivers influence their overall satisfaction at work, the most frequent factors cited by APA employees are: 1) work-life balance; 2) company commitment to diversity; and 3) professional growth opportunities.

There is room for companies to better engage APA employees in that last category, the survey finds. Forty-one percent of respondents say that sponsorship—formal or informal programs in which a more senior or experienced professional takes an active role in the growth and development of a more junior employee—is not available at their company.

The Asian Pacific Americans Corporate Survey is developed in close consultation with Asia Society’s Global Talent and Diversity Council, which is comprised of more than 20 diversity leaders from Fortune 500 companies. It includes direct responses from Diversity & Inclusion/HR departments as well as perceptions and opinions from APA employees.

For more findings, including a “roadmap” with actionable recommendations for corporate executive leaders, managers, and APA employees, read the full executive summary. 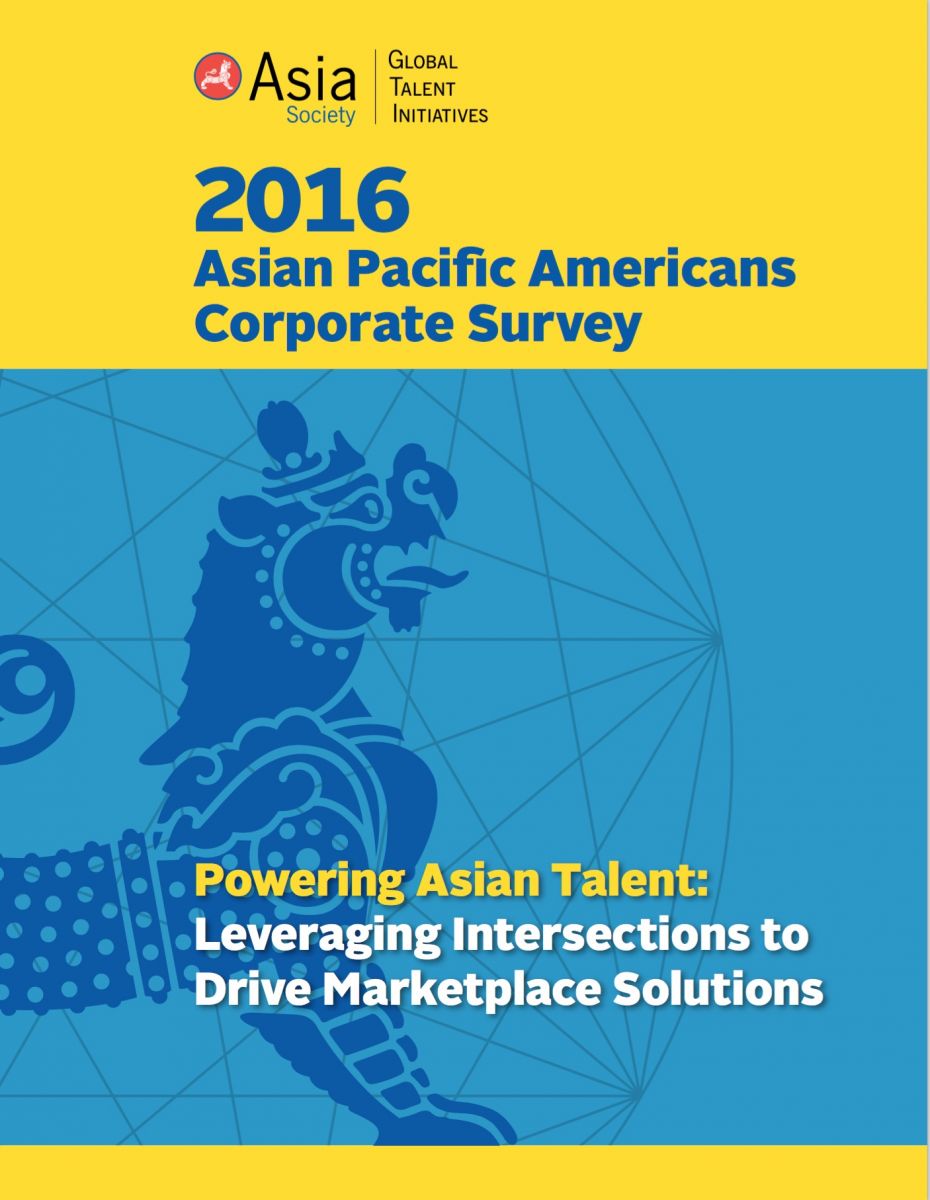