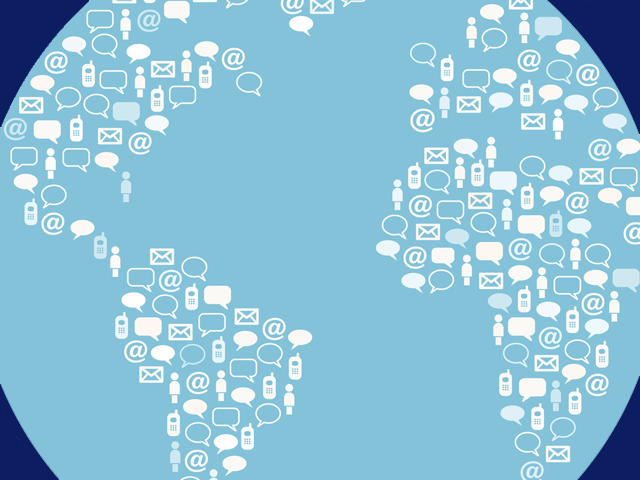 Over the years, our education system has frequently addressed societal changes. As immigration transformed U.S. cities, “assimilation” became the goal. The civil rights movement’s mantra became “access.” Since A Nation at Risk, our commitment to excellence and equity has targeted “achievement.”

Then the Internet and rapid globalization introduced new challenges. In matters of economic development, national security, and environmental sustainability, what we do as a nation and in our everyday lives is increasingly, inextricably intertwined with what governments, businesses, and individuals do beyond our borders. To prepare our youths to thrive, our educational agenda must once again adapt, this time to nurture “global competence.”

Yet global competence is an area where most American classrooms are falling short. Consider a class of children entering kindergarten in the United States. While their classes may include students from around the world, global issues and cultures will not be regularly woven into their schoolwork. They will probably study only one language—English—until high school, even though they would learn a second language far more easily if they began in elementary school. Meanwhile, 20 out of 25 industrialized countries start teaching world languages in grades K-5, and 21 countries in the European Union require nine years of language study. International business leaders are warning that American graduates may be technically competent but are increasingly culturally deprived and linguistically illiterate compared with graduates from other countries competing for the same jobs.

And we cannot simply assume that English will remain the world’s dominant language. A recent survey of Internet users, by language, shows that Chinese is rapidly approaching English as the most used language of the Internet. It is clear that, rather than encouraging linguistic uniformity, communications technologies like the Internet and the smartphone are creating a vast and increasingly diverse public sphere where a multiplicity of languages and points of view will continue to proliferate.

Unlike the days of the Second World War or the Cold War, the explosive growth of new communications and transportation technologies means that governments must now share their decisionmaking power with an increasingly complex web of stakeholders. This case was made forcefully in July of last year at a Capitol Hill policy briefing by former U.S. Ambassador to Russia James Collins. Collins noted that during the Cold War, “we dealt with 12 people in the Politburo in Moscow. Now in the same region, we deal with 300 to 400 million people, all of whom expect to participate in the dialogue.”

It is not simply the case that other nations’ global competitiveness is enhanced by their workers’ proficiency in a specific language, but rather that their young people gain a competitive and cognitive advantage by their access to the remarkable skill set that comes with being multilingual. Research and experience show convincingly that language learning makes students better in the basics—both math and literacy—and it is high time that Americans were no longer bound by their linguistic limits.

Regrettably, only 25 percent of elementary schools in the United States offered any world languages in 2008, down from 31 percent in 1997. American secondary schools, of course, offer more opportunities, yet involvement remains distressingly low; currently, only half of all American high school students take even one year of a world language. It is not surprising, then, that a 2007 report from the National Academy of Sciences warned, “The pervasive lack of knowledge of foreign languages and cultures threatens the security of the United States as well as its ability to compete in the global marketplace and produce an informed citizenry.” Beyond the clear economic and professional advantages of achieving facility in a language other than English, learning languages gives tremendous insight into other cultures.

Contemporary world-language instruction goes well beyond the teaching of verb tense—effective language programs in schools today introduce students to the cultures, societies, and communication strategies of speakers in the target language. In learning about culture and society, students not only learn the specifics of those countries or regions, but also develop a set of skills that will enable them to better understand and adapt to other cultures more generally. America’s increasing diversity demands the opportunity for our students to develop those linguistic and cultural skills that people in every other part of the world receive as a core part of their academic programs.

Despite the challenges, there are pockets of excellence in American schools and college campuses, where students achieve levels of proficiency that would enable them to function in a global professional environment. With the pending reauthorization of the Elementary and Secondary Education Act, or ESEA, it is a critical time for members of Congress to understand that multilingualism is not an option, but an obligation, for the rising generation of Americans.

Responding to this challenge, U.S. Reps. Rush Holt, D-N.J., and Paul Tonko, D-N.Y., introduced the Excellence and Innovation in Language Learning Act in the recently concluded 111th Congress. The bill proposed measures to ensure that every young American is provided with the opportunity to become proficient in a second language within a generation. This legislation should be reintroduced as the 112th Congress gets to work and the reauthorization of the ESEA moves forward.

Our students deserve an education that prepares them to be global citizens—and proficiency in at least one language other than English is a critical part of this preparation. Now is the time to make this critical investment in the future of American leadership, prosperity, and national security. Second-language learning not only enhances the global competitiveness of the United States and the global competence of individual American students, it also helps students to learn their first language more effectively and deeply, and gives them access to a larger palette of colors with which to paint their world.

Essential in the formula for a world-class education is an urgent need for schools to produce students who actually know something about the world—its cultures and languages, and how its economic, environmental, and social systems work. Language learning is a central part of what high-performing nations are doing to make their students and their societies globally competitive—virtually all of the highest-performing nations on the recent Program for International Student Assessment exam require second-language learning. At this defining moment in American education, we sell ourselves short if we do not strive for schools that prepare students for an interconnected world driven by the demands and opportunities of globalization.

Anthony W. Jackson is the vice president for education at Asia Society, in New York City. Charles E. M. Kolb is the president of the Committee for Economic Development, based in Washington. John I. Wilson is the executive director of the National Education Association, also in Washington.