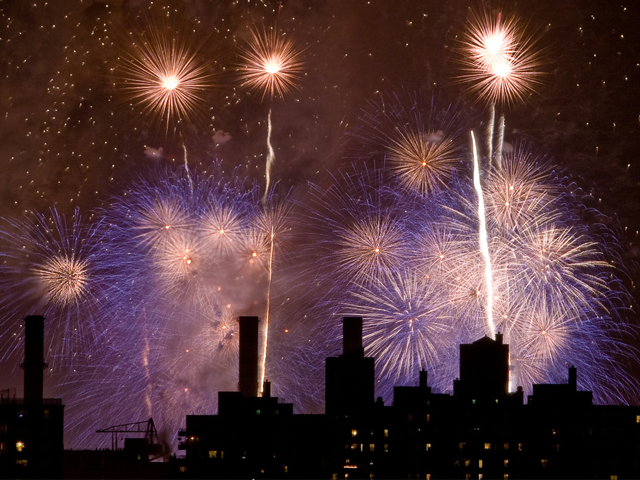 A common misperception of Chinese historical society is that it lacked scientific and technological ability—and that modern China has 'emerged' from a traditional shell. Somehow, they stumbled upon papermaking, printing, gunpowder, and the mariner's compass.

Many are surprised to realize that modern agriculture, shipping, astronomical observatories, decimal mathematics, paper money, umbrellas, wheelbarrows, multi-stage rockets, brandy and whiskey, the game of chess, and much more, all came from China—in additional to papermaking, printing, and gunpowder.

This information has been compiled by the work of Joseph Needham and his colleagues in a study of ancient Chinese books on science, technology and medicine. His research has been published in the massive, and yet to be completed, multi-volume Science and Civilisation in China.

Some of Needham's work has been condensed in a well-illustrated and informative book by Robert Temple (The Genius of China: 3,000 Years of Science, Discovery, and Invention. Simon and Schuster, New York. 1986). Information given here is from Temple's book.

This activity is an informative way to introduce Chinese history and technology. If the teacher chooses, it can also be used as an opportunity to discuss stereotypes and their influence on our perceptions of reality, or as a culminating activity after the study of Chinese history.

Through this activity, students will be able to:

Instructions: For each of the following items, give the name of the country in which the item was invented or discovered and the approximate date of invention.

1. The Horse Collar: China. Third Century BCE. About the fourth century BC the Chinese devised a harness with a breast strap known as the trace harness, modified approximately one hundred later into the collar harness. Unlike the throat-and-girth harness used in the West, which choked a horse and reduced its efficiency (it took two horses to haul a half a ton), the collar harness allowed a single horse to haul a ton and a half. The trace harness arrived in Europe in the sixth century and made its way across Europe by the eighth century.

2. The Wheelbarrow: China, First Century BCE. Wheelbarrows did not exist in Europe before the eleventh or twelfth century (the earliest known Western depiction is in a window at Chartres Cathedral, dated around 1220 CE). Descriptions of the wheelbarrow in China refer to first century BCE, and the oldest surviving picture, a frieze relief from a tomb-shrine in Szechuan province, dates from about 118 CE.

3. The Moldboard Plow: China, Third Centrury BCE. Called kuan, these ploughshares were made of malleable cast iron. They had an advanced design, with a central ridge ending in a sharp point to cut the soil and wings which sloped gently up towards the center to throw the soil off the plow and reduce friction. When brought to Holland in the 17th Century, these plows began the Agricultural Revolution.

4. Paper Money: China, Ninth Century CE. Its original name was 'flying money' because it was so light it could blow out of one's hand. As 'exchange certificates' used by merchants, paper money was quickly adopted by the government for forwarding tax payments. Real paper money, used as a medium of exchange and backed by deposited cash (a Chinese term for metal coins), apparently came into use in the tenth century. The first Western money was issued in Sweden in 1661. America followed in 1690, France in 1720, England in 1797, and Germany not until 1806.

5. Cast Iron: China, Forth Century BCE. By having good refractory clays for the construction of blast furnace walls, and the discovery of how to reduce the temperature at which iron melts by using phosphorus, the Chinese were able cast iron into ornamental and functional shapes. Coal, used as a fuel, was placed around elongated crucibles containing iron ore. This expertise allowed the production of pots and pans with thin walls. With the development of annealing in the third century, ploughshares, longer swords, and even buildings were eventually made of iron. In the West, blast furnaces are known to have existed in Scandinavia by the late eighth century CE, but cast iron was not widely available in Europe before 1380.

6. The Helicopter Rotor and the Propeller: China, Forth Century CE. By fourth century CE a common toy in China was the helicopter top, called the 'bamboo dragonfly'. The top was an axis with a cord wound round it, and with blades sticking out from the axis and set at an angle. One pulled the cord, and the top went climbing in the air. Sir George Cayley, the father of modern aeronautics, studied the Chinese helicopter top in 1809. The helicopter top in China led to nothing but amusement and pleasure, but fourteen hundred years later it was to be one of the key elements in the birth of modern aeronautics in the West.

7. The Decimal System: China, Fourteenth Century BCE. An example of how the Chinese used the decimal system may be seen in an inscription from the thirteenth century BC, in which '547 days' is written 'Five hundred plus four decades plus seven of days'. The Chinese wrote with characters instead of an alphabet. When writing with a Western alphabet of more than nine letters, there is a temptation to go on with words like eleven. With Chinese characters, ten is ten-blank and eleven is ten-one (zero was left as a blank space: 405 is 'four blank five'), This was much easier than inventing a new character for each number (imagine having to memorize an enormous number of characters just to read the date!). Having a decimal system from the beginning was a big advantage in making mathematical advances. The first evidence of decimals in Europe is in a Spanish manuscript of 976 CE.

8. The Seismograph: China, Second Century CE. China has always been plagued with earthquakes and the government wanted to know where the economy would be interrupted. A seismograph was developed by the brilliant scientist, mathematician, and inventor Chang Heng (whose works also show he envisaged the earth as a sphere with nine continents and introduced the crisscrossing grid of latitude and longitude). His invention was noted in court records of the later Han Dynasty in 132 CE (the fascinating description is too long to reproduce here. It can be found on pgs. 162-166 of Temple's book). Modern seismographs only began development in 1848.

9. Matches: China, Sixth Century CE. The first version of the match was invented in 577 CE by impoverished court ladies during a military siege. Hard pressed for tinder during the siege, they could otherwise not start fires for cooking, heating, etc. The matches consisted of little sticks of pinewood impregnated with sulfur. There is no evidence of matches in Europe before 1530.

10. Circulation of the Blood: China, Second Century BCE. Most people believe blood circulation was discovered by William Harvey in 1628, but there are other recorded notations dating back to the writings of an Arab of Damascus, al-Nafis (died 1288). However, circulation appears discussed in full and complex form in The Yellow Emperor's Manual of Corporeal Medicine in China by the second century BC.

11. Paper: China, Second Century BCE. Papyrus, the inner bark of the papyrus plant, is not true paper. Paper is a sheet of sediment which results from the settling of a layer of disintegrated fibers from a watery solution onto a flat mold. Once the water is drained away, the deposited layer is removed and dried. The oldest surviving piece of paper in the world is made of hemp fibers, discovered in 1957 in a tomb near Xian, China, and dates from between the years 140 and 87 BCE. The oldest paper with writing on it, also from China, is dated to 110 CE and contains about two dozen characters. Paper reached India in the seventh century and West Asia in the eighth. The Arabs sold paper to Europeans until manufacture in the West in the twelfth century.

12. Brandy and Whiskey: China, Seventh Century CE. The tribal people of Central Asia discovered 'frozen-out wine' in their frigid climate in the third century CE. In wine that had frozen was a remaining liquid (pure alcohol). Freezing became a test for alcohol content. Distilled wine was known in China by the seventh century. The distillation of alcohol in the West was discovered in Italy in the twelfth century.

13. The Kite: China, Fifth/Fourth Century BCE. Two kitemakers, Kungshu P'an who made kites shaped like birds which could fly for up to three days, and Mo Ti (who is said to have spent three years building a special kite) were famous in Chinese traditional stories from as early as the fifth century BCE. Kites were used in wartime as early as 1232 when kites with messages were flown over Mongol lines by the Chinese. The strings were cut and the kites landed among the Chinese prisoners, inciting them to revolt and escape. Kites fitted with hooks and bait were used for fishing, and kites were fitted with strings and whistles to make musical sounds while flying. The kite was first mentioned in Europe in a popular book of marvels and tricks in 1589.

14. The rocket and multistaged rockets: China, Eleventh and Twelfth CE Centuries . Around 1150 it crossed someone's mind to attach a comet-like fireworks to a four foot bamboo stick with an arrowhead and a balancing weight behind the feathers. To make the rockets multi-staged, a secondary set of rockets was attached to the shaft, their fuses lighted as the first rockets burned out. Rockets are first mentioned in the West in connection with a battle in Italy in 1380, arriving in the wake of Marco Polo.

Not all Chinese scientific and technological achievements lie in the remote past. Contemporary scientists include Chen Ning Yang and Tsung Dao Lee (Nobel Physics Prize, 1957), and Choh Hao Li (biochemist, world's foremost authority on the pituitary gland). Chinese physicists developed a nuclear reactor is 1958, an atomic bomb in 1964, a missile to deliver it in 1966, and put a satellite into orbit in 1970.

It must be noted that this is a simple introductory activity although it can also be used as part of a lesson on modernity and tradition or continuity and change, and as a culminating activity after the study of Chinese history.