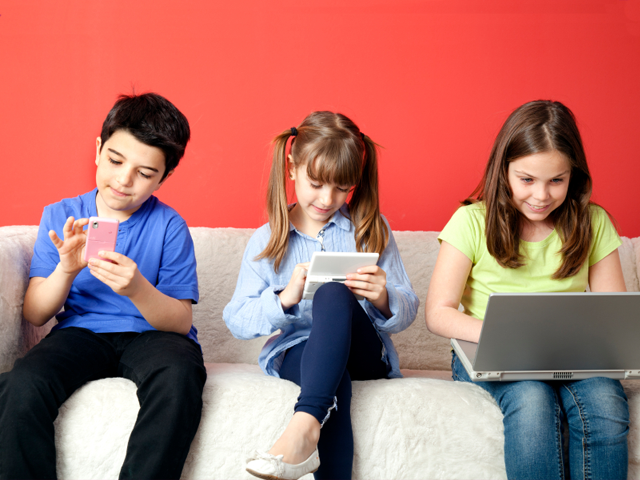 "If we want to solve problems like hunger, poverty, climate change, global conflict, obesity … we need to aspire to play games online for at least 21 billion hours a week by the end of the next decade." When Jane McGonigal made this statement at TED 2010, people in the audience laughed. But McGonigal was serious. She explained that hundreds of millions of gamers worldwide play online games for billions of hours each week, and that her goal is to "make it as easy to save the world in real life as it is to save the world in online games."

What would it take to leverage the power of gaming and the collaborative problem-solving skills of gamers around the world to help solve real-world global problems? Can students develop global competence—the capacity and disposition to understand and act on issues of global significance—through gaming? And how do those game-based understandings and complex-thinking skills translate to real-world decision-making and action?

Recently, much attention has been given to the importance of play, the potential of game-based learning, and the gamification of education. Games compel us to learn by engaging us in an experience that situates our learning in a meaningful context. They tap into our human affinities for story and play. They motivate us through progressively harder challenges as well as long- and short-term goals. They offer frequent and specific feedback, and they give rewards (points, badges, leveling up) for gradual success.

So how can gaming help young people develop global competence?

There are a variety of online games designed to help students learn about global issues including environmental challenges, human rights, and even world peace.

The Nobel Prize website hosts a Peace Doves game designed to help players learn about the proliferation of nuclear weapons and a Trade Ruler game that helps them learn how countries benefit from specialization and international trade.

GRUB and MDG Matters are card-matching games from Taking IT Global that explore hunger and other global food issues as well as the Millennium Development Goals.

While these games test students' knowledge, other games require players to make decisions that help them understand the complex nature of global issues. For example, the Garbage Dreams game is inspired by the Zaballeen people who have survived for centuries in Cairo by recycling the city's garbage. Players discover that they must consider a variety of factors in order to build an effective recycling business. Food Force challenges players to complete six missions, each representing a different step in the process of delivering food aid and helping to rebuild a community in need.

In the Stop Disasters game, players learn how to prevent and prepare for natural disasters to reduce risks and limit damage that results when disasters strike. Operation Climate Control is a multiplayer game where teams work through different scenarios to make local policy decisions that will slow climate change. And in the Crisis of Nations game, the leaders of four nations must work together diplomatically to solve international crises while secretly collecting resources to try to win the game.

Powerful learning experiences are often evoked by the way games engage us in role play. Games afford us the opportunity to take on different perspectives, play out decisions, and see what happens. As we try out various possibilities, we learn to recognize multiple perspectives and diverse pathways for action.

In the Nobel Prize website's Prisoners of War game the player takes on the role of a commander in a prisoner of war camp and must apply an understanding of the Geneva Convention to make decisions about the camp. Another game from Taking IT Global simulates the Ukraine's Orange Revolution. The player must make decisions for the two main presidential candidates and work towards fair elections without violence. Against All Odds is a game that lets students experience what it's like to be a refugee, fleeing from oppression and seeking asylum in another country, and the Peace Corps Challenge game has the player act as a Peace Corps Volunteer helping villagers respond to health, education, environmental, and economic challenges. The Curfew invites players to navigate a dystopian future, learning about civil liberties while experiencing a world where freedoms have been taken away in the name of security.

As evidenced by the National STEM Video Game Challenge and the growing popularity of Gamestar Mechanic, where students can currently participate in the Playing 4 Peace Challenge, there is great interest in students designing and developing games. One good example of developing global competence through game creation is Globaloria, a learning network and game-making platform where students design, program, and share their own STEM and social issues games. Students collaborate virtually and face-to-face as they develop educational games on topics that matter to them. An online community connects students with peers, teachers, and experts for support throughout the process.

Within the serious games genre, there are many games that focus on globally significant issues. I would like to highlight two that were designed by students. I Can End Deportation, or ICED, was created by a human rights organization called Breakthrough. With input from many undocumented high schools students, they developed this game in which students play the role of an immigrant teen trying to gain citizenship, in order to learn about the issues confronting undocumented youth.

Ayiti: The Cost of Life, requires the player to make decisions on behalf of the Guinard family living in rural Haiti. The goal is to help them achieve health, happiness, and education, and earn enough money to survive the challenges they encounter through four growing seasons. This game was designed by students participating the Global Kids' Playing 4 Keeps program.

Some educational games enable users to take action on global issue from within the game. Darfur is Dying, a role-playing simulation of life as a refugee, includes activism tools embedded in the game. Players can take action to help stop the crisis in Darfur by sending a message to the president, their state representatives, or by starting a movement in their local communities. When students practice their vocabulary—and now other subjects including math, science, geography, and world languages—on the Free Rice website they can see the bowls of rice fill up as they answer questions correctly. And for each correct answer, 10 grains of rice are donated to fight world hunger.

Other games rely on the players' creativity and collaboration to translate gaming into real-world actions. In eMission, a Facebook game from DoSomething.org, players compete with friends to see who can save the most energy. They score points in the game by reducing their carbon footprint in the real world.

As James Paul Gee argues, playing video games is an ideal way for students to learn collaboration and problem solving. World of Warcraft is probably the best-known example of collaborative problem-solving environments in the massively multiplayer online role-playing game genre. Players not only communicate and collaborate within the game space, they also use social networks, wikis, blogs, and discussion boards to mentor and support one another. And there are games designed to leverage the power of this kind of global communication and collaboration among players to solve real-world problems like poverty, hunger, clean energy, and education.

World Without Oil invites players to collectively imagine the impending threats of an oil crisis and use the "wisdom of the crowds" to develop solutions. With the tagline "a crash course in changing the world," EVOKE empowers teams to collaboratively develop innovative solutions to the world's pressing problems at the local level. Although EVOKE's target audience is primarily young people in Africa, it's played by people around the world. In ten weeks, players learn the ten "Evoke Powers" of collaboration, courage, creativity, entrepreneurship, local insight, knowledge networking, resourcefulness, spark, sustainability, and vision. Players develop plans and a real-world pitch for a project to make a difference in their community. Selected projects from the first season of the game have already been funded.

Most of the games I've described here are simulations. Having facilitated student participation in Model United Nations and the Global Village Simulation at Heifer Ranch, and after hearing John Hunter talk about the World Peace Game, I'm thoroughly convinced that simulations can lead to deep learning. Indeed, more and more professionals, including doctors, soldiers, and even teachers, are getting job training this way. Games and simulations take us to virtual worlds and possibilities we would otherwise not be able to experience. They allow us to experiment, take risks, learn from failure, and experience agency in solving problems. Through game-based learning we build new schema, which we can then apply to real life.

Gaming helps young people develop global competence through participatory, interactive, and experiential learning. It motivates them to investigate issues of global significance, engages their emotional interest through role-play, helps them develop complex critical thinking and collaborative problem solving skills and often leads to participation in a knowledge network or community of practice. In addition, research shows that civic engagement in games corresponds with civic engagement in real life.

Will gamers help save the world? Perhaps the best example so far is the recent success of online Foldit players who were able to crowdsource a solution to an AIDS research puzzle in weeks that had been eluding scientists for years. And on April 3rd, the Institute for the Future will host Catalysts for Change, a 48-hour collaborative game to solve global poverty.

I hope educators around the world will take advantage of this opportunity to bring gaming for global competence into the classroom.

All games in this article are free.