Sci-fi in real life: Drones as the future of healthcare | Asia Society Skip to main content

Sci-fi in real life: Drones as the future of healthcare

Future Forward: Drones and the Future of Tech Revolution 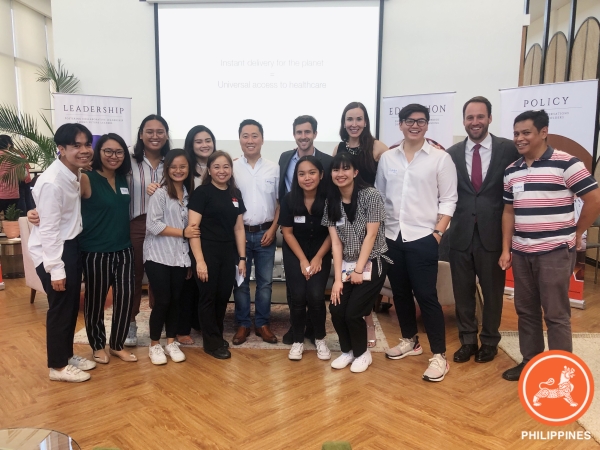 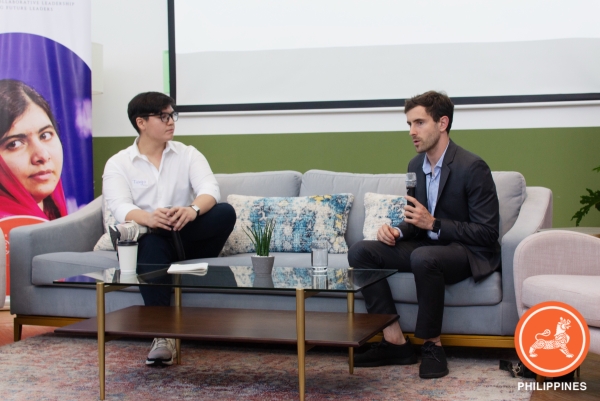 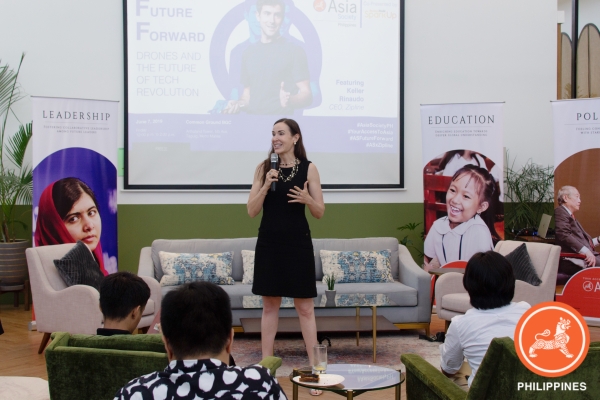 Last 7 June 2019, Asia Society Philippines, in partnership with SparkUp Philippines, held its first edition of its Future Forward series, titled Drones and the Future of Tech Revolution.   quarterly event series which aims to provide a platform for people to converge, network, and gain insight on leaders shaping the future of work.

The inaugural Future Forward Series featured a conversation between Keller Rinaudo, co-founder and CEO of Zipline, the world’s first drone delivery service whose focus is delivering life-saving medicine, even to the most difficult to reach places on earth, and Santiago Arnaiz, Digital Platform Editor of BusinessWorld and Editor of SparkUp, on how drones are shaping the future of the healthcare industry.

Asia Society Philippines’ Future Forward series is a quarterly event series which aims to provide a platform for people to converge, network, and gain insight on leaders shaping the future of work.

An innovative solution to the logistical problem of delivering medicine

The idea of using autonomous aircraft came about when Rinaudo was trying to figure out a way to build a system that could solve a specific problem. During a visit to the warehouses of the Ministry of Health in Rwanda, Rinaudo discovered a field of boxes filled with expired medicine. An opportunity thus arose in which autonomous aircraft became the solution to solving the logistics of delivering medicine and blood due to challenging roads and isolated communities.

He faced criticism from healthcare experts upon proposing the idea of using drones to deliver medicine. “They said there was no way this was going to work, no country would ever pay for it, and technology would never be reliable.”

Despite reservations from healthcare experts and industry heads, Rinaudo decided to take a risk to create the product and focused instead on developing relationships with governments, ministers of health, and doctors who truly understand the problem.

And that risk led to Zipline.

Drones as the future of healthcare

Today, Zipline is an instant delivery system using drones, called ‘zips’, to serve around 20 million people globally, becoming the largest commercial autonomous system on the planet. To date, they’ve made over 14,000 deliveries in communities across Rwanda and Ghana. Rinaudo also is currently expanding operations in India, Australia, and North Carolina, with hopes of establishing Zipline in the Philippines.

Zips can bypass mountainous terrain in any weather and deliver medical supplies in hard-to-reach communities, an ideal solution to an archipelagic nation such as the Philippines, with its own share of typhoons, isolated communities, and lack of infrastructure.

Rinaudo emphasized how Zipline’s drones have ensured that doctors, nurses, and healthcare providers can do their job.

At a touch of a button, doctors, nurses, and healthcare practitioners are able to order life-saving medicine from a Zipline distribution center and receive it in as little as 15 minutes. Upon sending a text message, Zips are packed and launched from distribution centers, where they drop off their package onto a landing target the size of two parking slots. Healthcare practitioners are then alerted of their order’s arrival and can save numerous lives.

“The Minister of Health and the doctors don’t care about the drones,” Rinaudo says. “All they care about is: Can we get something from Point A to Point B faster than the usual travel time?That’s what we focus on and that’s what we care about.”

While the use of autonomous aircraft to deliver medical supplies to isolated areas in Rwanda sounds like science fiction, Rinaudo assured the audience that after a week of operating out of the nation’s capital in Kigali, the sight of drones flying over villages delivering blood or medicine has become “mundane” and “boring.”

Technology can help solve the health outcome disparities around the world

The need for immediate access to essential medical supplies and blood is a long-standing issue encountered by many healthcare centers in countries all over the world.

Rinaudo notes the reason for the success of Zipline in Rwanda and Ghana has been their deep collaboration with governments willing to embrace new technologies and take risks in solving age-old problems.

By working with governments from developing countries, Zipline stays true to its founding purpose of providing universal access to healthcare. Rinaudo reiterated that while Zipline is a business, it is ultimately a for-profit, mission-driven company determined to solve problems, and right now it is geared towards fulfilling instant delivery for the planet.

As Rinaudo emphasizes, "Your access to healthcare should not depend on GPS coordinates or where you live.”

The event ended on a high note as people shared their thoughts and exchanged ideas on how technology such Zipline’s drones can help improve the healthcare outcomes of people in the Philippines.

Future Forward: Drones and the Future of Tech Revolution is co-presented by Asia Society Philippines and SparkUp, with special thanks to Common Ground for sponsoring the venue.

Asia Society Philippines’ Future Forward series is a quarterly event series which aims to provide a platform for people to converge, network, and gain insight on leaders shaping the future of work.