Animal Tales Travel Around the World 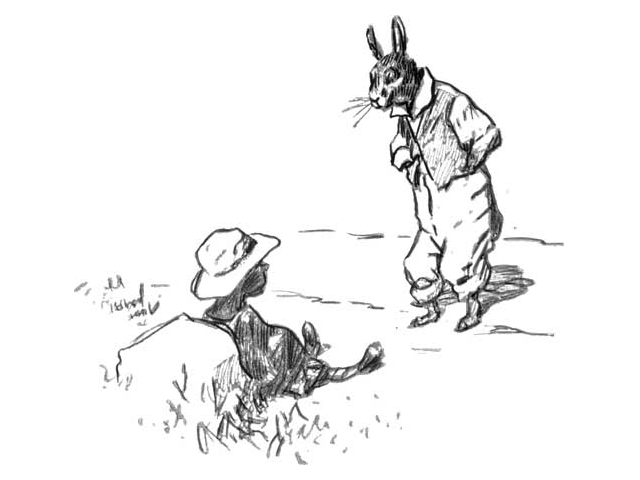 Animal tales and fables have traveled around the world.  Two tales, the “Lion in the Well” and the “Stickfast,” motif have appeared in Uncle Remus tales as well as in many other versions around the world. Most American young people know Aesop’s fables and the stories of La Fontaine; probably few realize that many of those stories had their origin in India. Tracing various versions of Indian stories will enhance a world history lesson on cross-cultural exchanges.

The Panchatantra, a collection of animal tales set in the jungle, were intended as instruction in political science. This collection of “Five Books” was said to have been created by Vishnusharma, a court Brahmin, when the king asked him to teach statecraft to his three youthful, indolent, and dull-witted sons.  The Brahmin told the princes five cycles of stories, each dedicated to an area of governance.

In reality Vishnusharma did not imagine the fables himself; many of these tales—in a ruder form—were already in circulation among political leaders, peasants and merchants. Vishnusharma gathered existing folktales into an artful cyclic form and included in each story—which was told in prose—an easily-memorized verse (or verses) of politic wisdom.  Many of the stories show how the seemingly weak and powerless can survive and prosper by using their wits and playing on the pride and ignorance of those more powerful. That’s one reason they are so appealing to young people.

Hinduism Today states that the Panchatantra “has been so widely broadcast in so many guises from Ireland to Indonesia over the past two thousand years that—next to the Bible—it is the single most read piece of literature in human history.  The story of this wandering fable and other Hindu folktales has been traced out of India into Greek academies, Chinese monasteries, Persian courts, Indonesian temples, Jewish rabbinates and virtually every European household.  It has been called the most fascinating fairytale of them all.”
The Arabic work Kalila and Dimna is one of the many version of the Panchatantra. During the golden years of Islamic civilization, Kalila and Dimna was second only to the Qur’an in the Islamic world. The first section of that work is almost identical to “The Loss of Friends,” the first book of the Panchatantra.

The Jataka Tales are similar to the Panchatantra in that they have a long tradition of being verbally passed from generation to generation.  They are moralistic tales written around 300 C.E. in Pali, and later translated into other languages.  The tales are mainly stories of the Buddha in his past incarnations, and are meant to teach people values that will help them to progress in each life of reincarnation to the eventuality of enlightenment.  In total there are five hundred and forty-seven and they are mostly about his lives as animal beings.

This lesson introduces a well-known story from the Panchatantra and a Buddhist Jataka tale. Both stories are well known to readers of Uncle Remus tales.

Students will compare the Indian tales/parables to tales of other traditions in an examination of this genre of literature.  Students will be challenged to explore how the tales fit into contemporary society in both Indian and western culture through analysis and creation of their own tale.

Two class periods, or one period plus one homework assignment

Students will compare the Indian tales/parables to tales of other traditions in an examination of this genre of literature.  Students will be challenged to explore how the tales fit into contemporary society in both Indian and western culture through analysis and creation of their own tale.

1.    Have students read The Lion and the Rabbit and The Elephant King Goodness.

2.    Discuss the different traditions of moral tales in various cultures.

3.    Read The Wonderful Tar Baby Story and The Wax Doll.

5.    After getting your students thinking about the role of fables in contemporary times, have them create what they consider to be a contemporary tale that has a moral proponent that they feel needs to be addressed today.  Encourage them to use different mediums to present it, such as music, video, illustrations, etc.

6.   Have students either present their tale with an explanation of why they thought it was in keeping with tradition but addressing contemporary issues, or have them turn it in with a short written explanation.