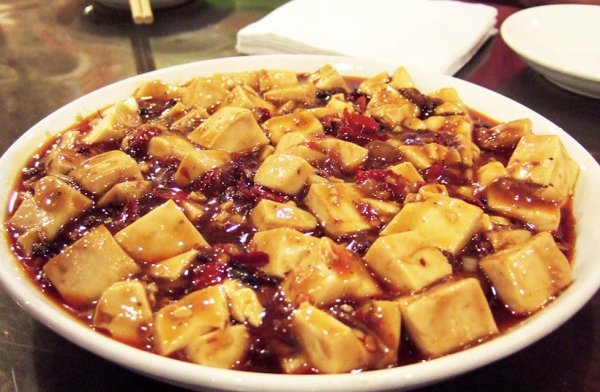 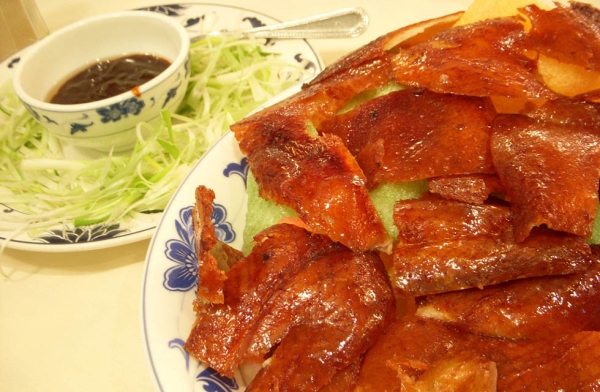 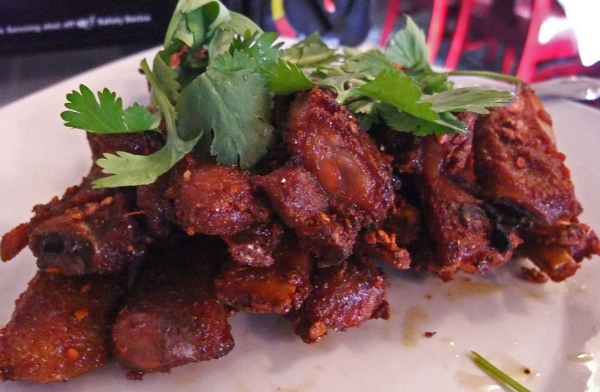 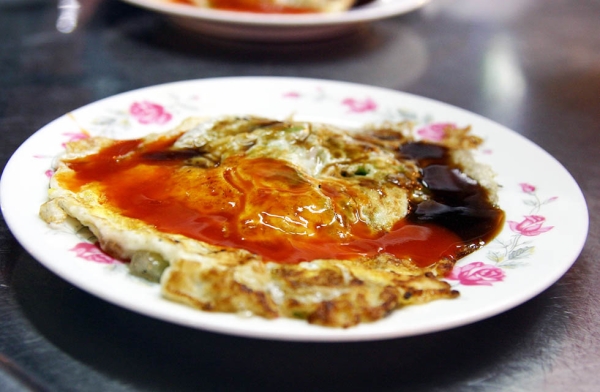 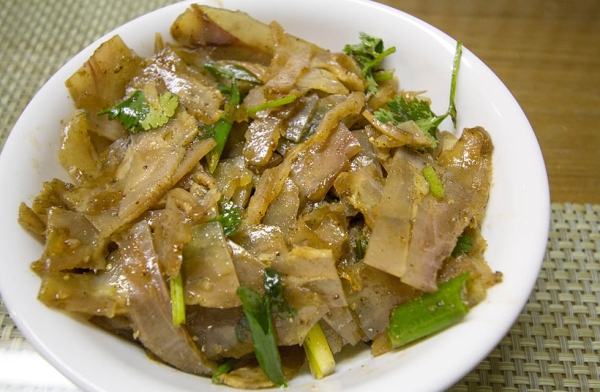 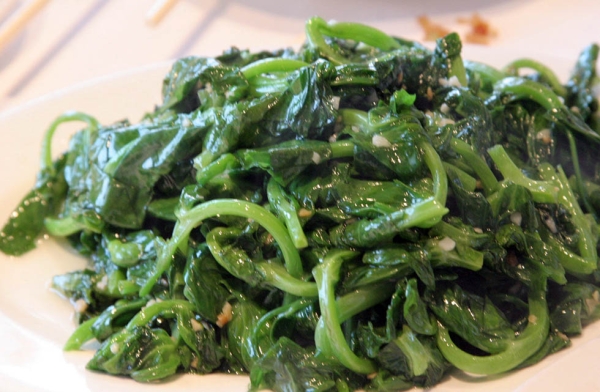 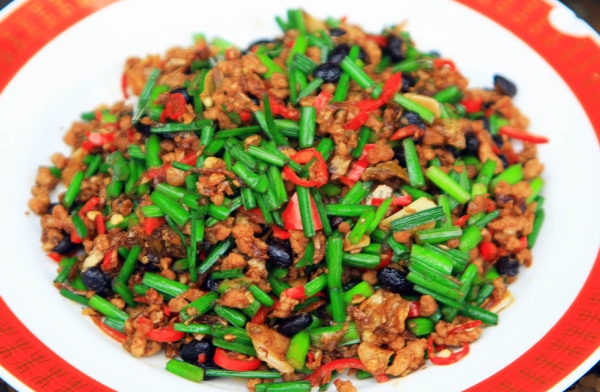 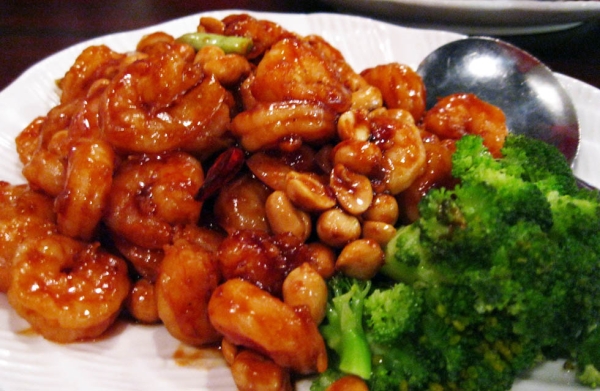 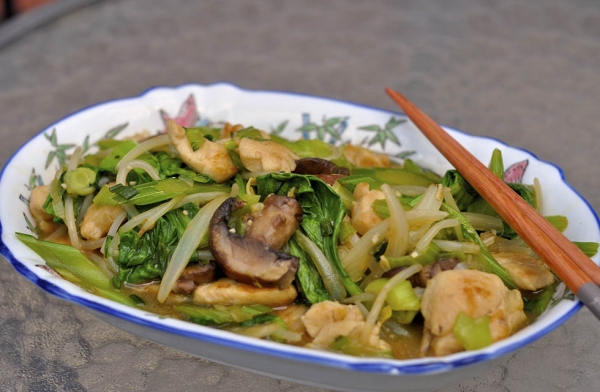 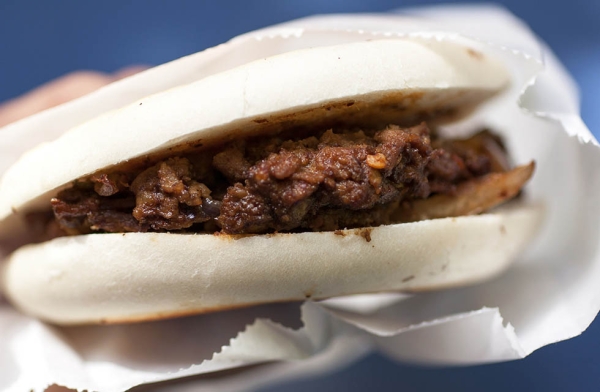 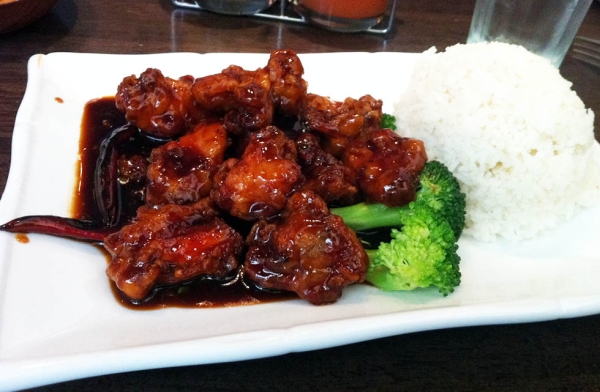 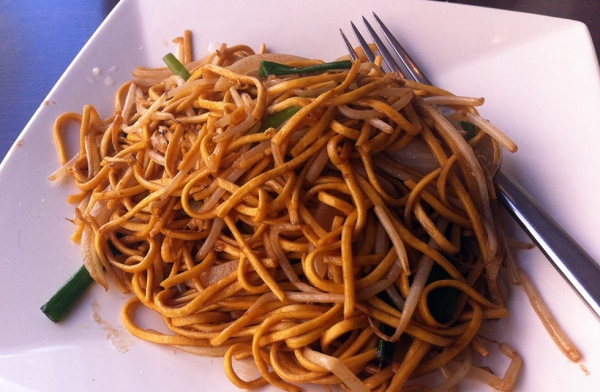 In 2009, the author and food historian Andrew Coe published the book Chop Suey: A Cultural History of Chinese Food in the United States. From the first Americans to travel to China in 1784 through widespread anti-Chinese sentiment in the 19th century, Coe traced how it took the United States quite some time to develop a taste for Chinese cuisine. It wasn't until adventurous "Bohemians" in New York City started exploring Chinatown in the 1880s for exotic treats that it started to become popular. In the years since, "Chinese food" as understood by Americans has undergone several cycles of trendiness and localization, including the chop suey craze of the early 20th century to the explosion in variety after President Richard Nixon’s 1972 trip to China. But how far have American tastes for authentic Chinese food actually come?

From April 28-30 in Chicago, Asia Society will host its ninth annual National Chinese Language Conference, which provides a high–profile platform for sharing new ideas and best practices in the fields of Chinese language teaching and learning, Chinese arts and culture, and U.S.–China educational exchange. Learn more

At Asia Society’s 2016 National Chinese Language Conference from April 28-30, Andrew Coe will join a panel to discuss bridging cultures through food. Ahead of the conference, Coe spoke with Asia Blog about how Chinese food got hip and how shifting demographics of Chinese people in the United States have changed the culinary landscape since his book came out.

In your book you recount when Americans first set foot in China on a trade mission to Guangzhou in 1784 and described the food as “the repose of putrefied garlic upon a much-used blanket.” How has the American conception of “Chinese food” changed since then?

When the first Americans got to China, they were intensely curious about Chinese culture. They had Chinese merchants who were their trading partners and they went to have feasts at their homes. This was one of the great novelties of their lives — to have this food. For those first Americans, the meals were probably the most exotic and alien experiences they’d ever had. Everything about the experience was weird — the ingredients, the flavorings, how the food was prepared, how it was chopped up, the textures, the implements they used to eat — the chopsticks, and the etiquette of how people acted at the Chinese dinner table. All of this was totally alien, and when you think about how we react to Chinese food today, there's still a little of that kind of alienness in Chinese food — at least as far as the greater American population.

Obviously there are many Chinese Americans here and many other people who really know Chinese food who are perfectly comfortable eating within the Chinese tradition, but you look at the kinds of Chinese food people eat — so-called Chinese food — in the United States and it's nothing like what they eat in China. It’s been Americanized because most Americans aren't comfortable with Chinese food until it's turned into essentially an American version and served in an American setting. So we're still a little weirded out by Chinese food.

What was the culinary impact of Nixon’s 1972 visit to China?

One of the big things that happened was that the Chinese did a live broadcast of President Nixon having a feast in Beijing's Great Hall of the People and sitting next to the paramount Chinese leaders having Peking duck. People just went crazy. At the time, the Chinese food that people knew about was chop suey, chow mein, egg rolls and the like, but it was no longer considered hip food. It was sort of boring and bland and nobody cared about it anymore. But suddenly, after seeing Nixon eating his Peking duck, people decided that they wanted "authentic Chinese food" like Nixon was eating in Beijing and like restaurants catering to Chinese populations were serving. So people went exploring in Chinatowns. There were restaurants opening in New York and the West Coast serving Hunan and Sichuan food, and this was at a time when there was a kind of counter-culture where it was cool to like hot spicy food — anything with chili peppers. That's how a whole new range of dishes got introduced to the United States, like kung pao shrimp and General Tso’s chicken. Of course, over the years those dishes then became Americanized and bland.

Do you see any generational difference in tastes for authentic Chinese food in America? Are younger people becoming more open to it?

That's an interesting question and I'm afraid I have to answer no, I don't think so. A lot of younger people, both Chinese Americans and non-Asian Americans, have largely been brought up within the American tradition and they're not that used to it. If you go to Chinatowns, you don't really see large parties of young people eating in traditional Chinese restaurants. They will however eat in restaurants where the traditional Chinese food has been made hip. I'm particularly thinking of places here in New York, like a chain called Xi'an Famous Foods, which is kind of like Chinese fast food, but they’re not serving chop suey. They're serving very delicious spicy noodle dishes, vegetable dishes, and a kind of spicy lamb burger. That's where Chinese food has been made very attractive to younger customers, and that is working very well.

Just since your book came out seven years ago, the number of Chinese students in America has nearly tripled — now at more than 300,000 — and waves of new middle class immigrants from China have come. Has this had any discernable culinary impact?

Absolutely. It’s a little slower of an impact with the Chinese students, but they're obviously having a very big impact in cities and towns where there's a large Chinese student population — not just big cities like New York or Los Angeles that have a large Chinese population anyway, but in places like Pittsburgh. In these places you suddenly have all these really interesting Chinese restaurants popping up that are serving not just traditional Cantonese food, but food for Mandarin speakers — meaning food tastier for those from central and northern China, with lamb instead of fish and chicken that is a lot spicier than Cantonese food.

And immigration in general is absolutely central to the big boom in Chinese foods in the United States. It began really with [President] Lyndon Johnson's Immigration and Naturalization Act of 1965, which really opened the door to a lot of immigration, including Chinese immigration. Ever since, we've had waves and waves of people moving here and bringing their food traditions. It's not just Cantonese food traditions, but Hunan, Sichuan, Dongbei, Beijing, Taiwan, and Chinese from Singapore and Vietnam, etc. It was really first just in the Chinatowns but now more broadly across the United States. We're really getting a much bigger picture of what Chinese food is and just getting introduced to so many great new flavors and tastes. It's a lovely time to be eating Chinese food in the United States, particularly if you live in a place like New York.

Of all the topics we cover at Asia Society — business, politics, education, arts, etc. — our posts that inevitably get the most hits are related to food. Why do you think that is?

I think the reason these posts do so well is because food is hip. Particularly, ethnic food is hip. I think a couple reasons for that are, people are traveling a lot more, and people are going to other countries to work and study and coming back with new ideas of food and tastes. That's opening their minds and taste buds. I also think food is hip because cities are hip. After World War II, the whole movement in the United States was fleeing the cities to suburbia. And food in suburbia is just not very good. You don't have the concentration of people to really develop great cuisine.

But since the 1980s, the movement has gone in the other direction. I think that with everybody coming back to the big urban areas in the United States, you have this concentration of people, money, and culture. Food has in some ways come to symbolize the sophistication of cities, and so that's why I think food is becoming hip and why people like to read about it.

What are some of your favorite Chinese dishes that aren’t commonly found in Chinese restaurants in the United States?

Some of my favorites are dishes that you do see in Chinese restaurants in many parts of the country, but they're often prepared very badly. I'm particularly thinking of Peking duck, because Peking duck is one of the great foods of the world, but the way so many Chinese restaurants prepare it here is just an abomination. Then from northeastern China — the Dongbei region — I love dumplings made of sour cabbage and pork. Cumin lamb ribs are great. Anything from more central and western China with the mala favors — spicy, numbing flavors of chili peppers and Sichuan peppercorns. I have to have mapo tofu once every week or two just for my own personal internal balance. It's one of the great dishes of the world to me.

I love any cold Sichuan appetizers — particularly tendons with the mala flavor. One of the aspects of Chinese food that's very different from Western food is the incredible emphasis on texture. I love the gummy chewy texture of tendon. It's almost like eating a gummy bear, but not quite. With Taiwanese food, one of the great Chinese street foods is oyster pancakes, which are very simple but just delicious. There's also a Taiwanese dish called fly heads, which sounds gross but is actually — like so many Chinese food names — a metaphor for the way it looks. It's made from minced pork, scallions, chili peppers, and black beans. The black beans look like fly heads when mixed into this minced dish. I love Cantonese food — congee and just the way they do vegetables like pea shoots — very simply prepared. And on and on … it's hard to know where to stop.