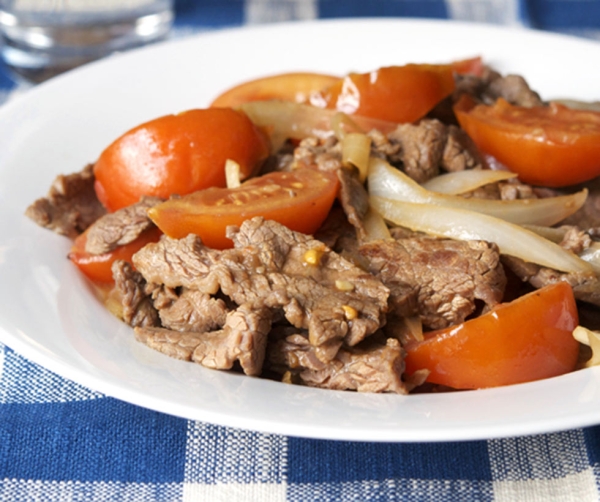 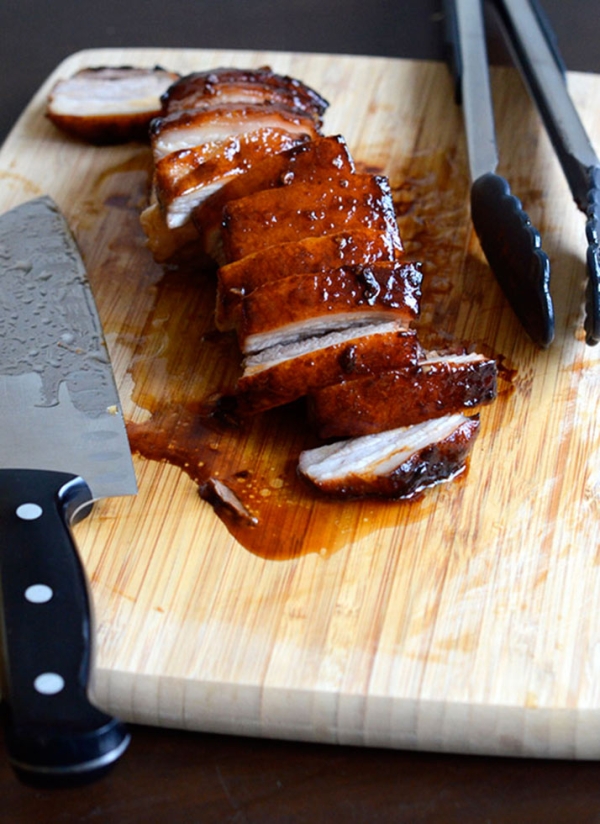 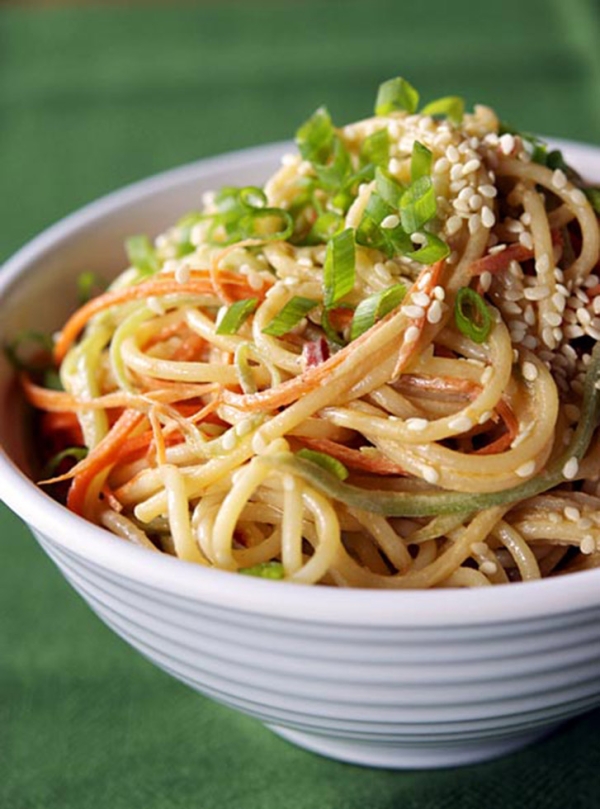 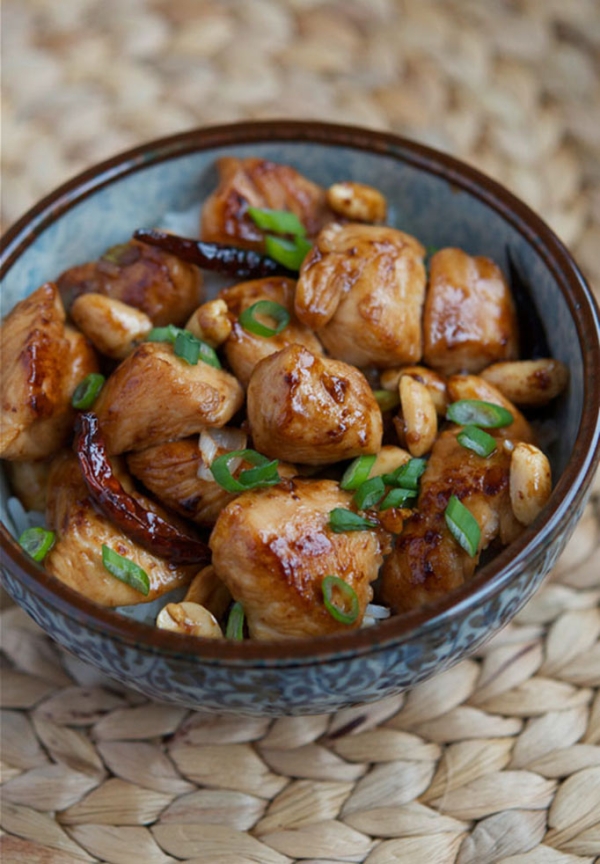 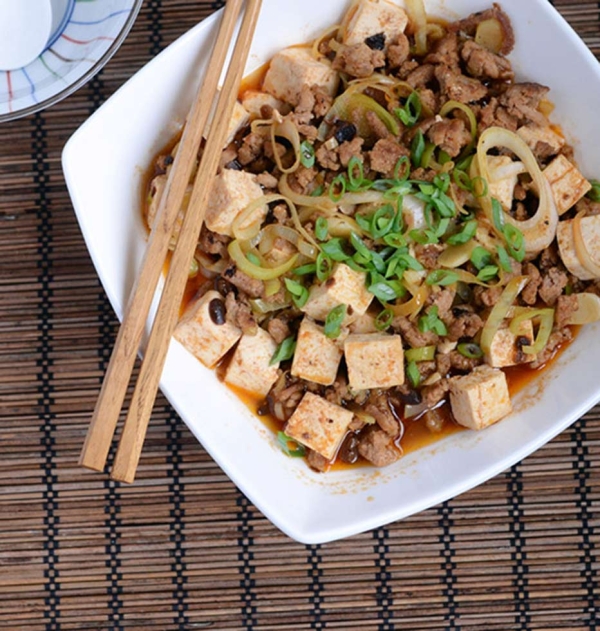 After growing up watching her family run a "Latin-flavored" Chinese restaurant in Puerto Rico, food writer Diana Kuan has learned a thing or two about mixing things up.

While working in Beijing as writer, she started a blog, Appetite for China, to document her experiences with food around the country. Since then, it has blossomed into a resource for Chinese recipes and cooking how-to videos.

Though she has French culinary training, she isn't afraid to mix up traditional flavors to create something new and exciting. Many of her recipes celebrate flavors from different countries and cuisines, ranging from Chinese Caribbean jerk chicken wings to teriyaki turkey burgers.

In 2012 Kuan published The Chinese Takeout Cookbook and has been featured on WNYC, CBS, Serious Eats and other publications as an expert on Chinese cuisine. Today, she lives in New York City and is teaching a series of cooking classes over the summer.

Below, she dishes about learning to embrace new flavors, writing her own cookbook and her favorite Chinese food spots in New York.

Your family owned a Chinese restaurant in Puerto Rico. How did they adjust their recipes to appeal to customers?

My extended family owned a hybrid Chinese restaurant and ice cream parlor that occupied the same space. It was a pretty genius idea actually, because families around town would just come for dinner and dessert, hang out, and make a whole night of it. And my aunt and uncle, who had been living in Puerto Rico for a few decades, knew what locals liked. We served very accessible dishes like beef with broccoli or crispy sesame chicken, lo mein, and fried rice, dishes that are also popular in the mainland U.S., but also with a side of plantains. We kept sauces on the sweeter side, too. So for the customers, it was slightly different and familiar at the same time. Plus, being able to get a cone of coconut or papaya ice cream immediately after also kept people coming back.

How do you apply your French culinary training to Chinese cooking?

There are actually a lot of similarities between the classical French techniques for restaurant service that I learned in culinary school and Chinese cooking. The mise en place that you need before cooking, having everything chopped and all the sauces at your side before cooking, is exactly what you do for Chinese cooking, especially for stir-fries. The methods for making stocks, reducing sauces, using slurries, and many others can also be applied to Chinese cooking.

What inspired you to write a Chinese Takeout Cookbook?

In 2007 I had moved to Beijing to study Mandarin and continue doing freelance writing. A few months after I arrived, I started my blog Appetite for China as a visual diary to record all the new foods I was trying for the first time and my experiences reverse-engineering restaurant dishes in my own kitchen. Then I started getting emails from readers back in the U.S. asking how to make dishes like General Tso's Chicken or fried wontons, and realized I also missed these dishes that I grew up eating in Chinese takeout restaurants with my friends. So I started to reverse-engineer those dishes too and posting the recipes on the blog.

Then, after I moved back to New York, I read The Fortune Cookie Chronicles by Jennifer 8. Lee, a great narrative on the history of Chinese food in the Americas. The only problem was that reading the book made me hungry and left me wishing there were also recipes in the book. I realized I should write a cookbook that centered around Chinese food in the U.S., since I had the culinary background to do so, and such a book didn't exist yet.

What has surprised you most about teaching Chinese cooking to an American audience?

That there are so many people willing to learn. There are some students want to learn a wide range of dishes and take the courses I teach at The Institute of Culinary Education (ICE) that are four hours long and feature nine recipes. Then there are others who take a two-hour dumpling class as a fun night out with friends or their spouses, or others who make a recipe here and there from my blog. It's great that so many people are able to enjoy learning to cook Chinese food at any level.

New York City is teeming with Chinese restaurants. Do you have any tips on how to separate the authentic from the adaptive? What are your top five go-to places in the city?

I don't really differentiate restaurants by "authentic" and "not authentic." I'd rather just go where the food is good. Restaurants such as Mission Chinese are very adaptive but that adaptiveness leads to very inventive, delicious cooking. Right now my five favorite spots in NY would be Nan Xiang for soup dumplings, Pacificana for dim sum, Xian Famous Foods for a quick tasty meal, Mission Chinese for its creativity, and Fu Run for its amazing cumin rack of lamb.

Kathleen Caulderwood is an Asia Blog contributor and freelance reporter. She has lived in India and China, but is currently based in New York City studying at the CUNY Graduate School of Journalism.
@katcaulder