South Korea Can Save the Nuclear Talks 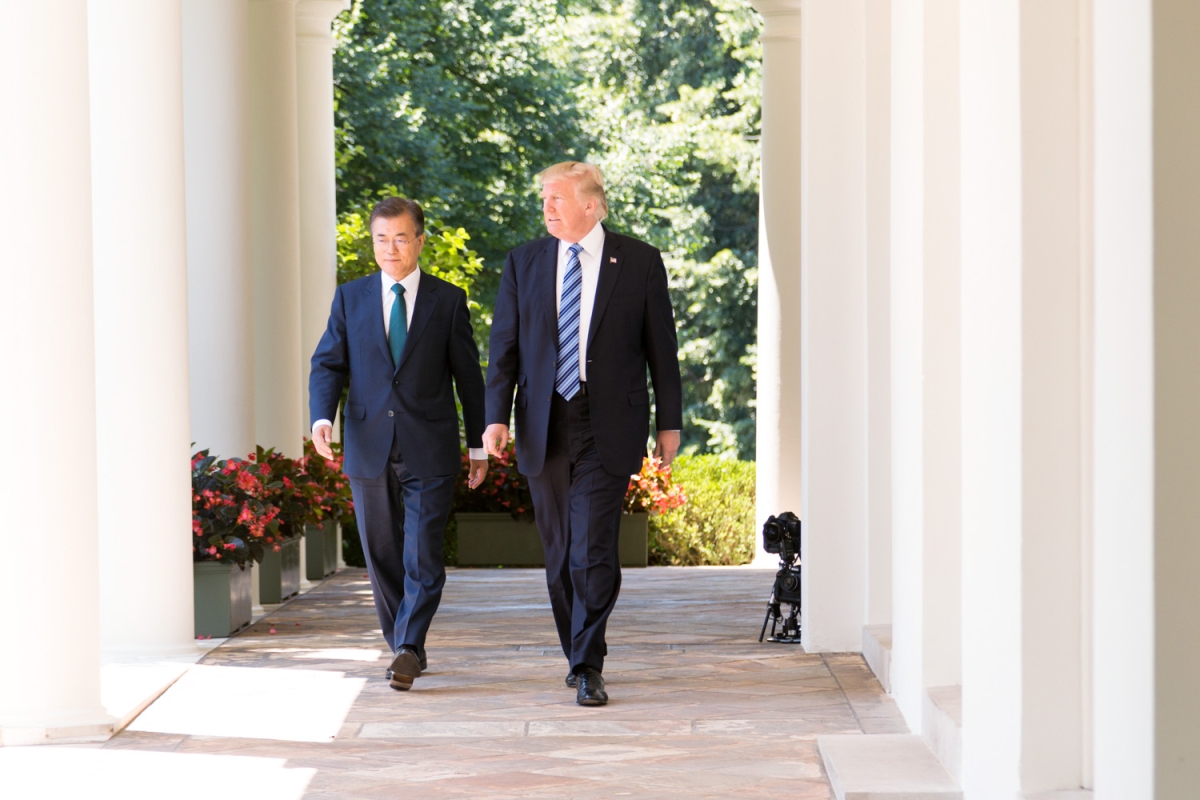 Presidents Moon Jae-in and Donald Trump walk together during the former's visit to the White House in June 2017. (White House)

With South Korean President Moon Jae-in scheduled to meet with US President Donald Trump today at the White House, Asia 21 Young Leader Dr. John Delury ('10) of Yonsei University writes that President Moon is in an ideal position to revive diplomacy and bridge the gap between US and North Korea nuclear talks expectations. Delury, while commending the progress of US-North Korea negotiations, points out signs of backtracking from both countries after the Hanoi Summit in March, and outlines the many possible roles South Korea can play as a mediator to "jumpstart the next phase of the peace and denuclearization process."  Following is an excerpt of the op-ed published by Foreign Affairs magazine on March 7, 2019.

The failure of the U.S.-North Korean summit in Hanoi has put diplomacy on the back foot. Even a small deal would have been better than no deal at all. But the “maximum engagement” strategy that U.S. President Donald Trump initiated a year ago remains the best approach. For the first time in a decade, when it comes to U.S.-North Korean relations, the arrows are pointing in the right direction: toward reduced risks, confidence building, political normalization, economic integration, and, in the end, denuclearization and peace. The United States, South Korea, and North Korea need to keep the process going. After a failed summit attempt, you can’t hide in your tent. You wait out the bad weather, and then start climbing again.

Disappointment over Hanoi should not obscure an encouraging fact: for the first time in a long while, the governments of the United States and North Korea are negotiating in good faith. Team Trump and Team Kim are looking for practical ways to make serious progress toward peace, normalization, and denuclearization. Since early 2018, they have made a series of compromises. The most significant has been the suspension of North Korean nuclear and missile tests and U.S.-South Korean large-scale joint military exercises. Trump administration officials have probably had as many or more conversations with their North Korean counterparts in one year than Obama administration officials did in two terms. Add the vast improvement in the quantity and quality of contact between Seoul and Pyongyang and that’s a lot of jaw-jaw to counteract the dangers of war-war.