Congratulations to the 2013 Class of Afghanistan 21 Young Leaders! 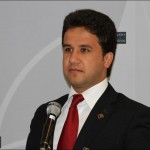 Abdul Moqim Abdulrahimzai is the Nawa Radio Manager at Saba TV.  Originally from  Logar province, he is currently based in Kabul.  Abdul Moqim has vast experience in media and has been working for both national and international media outlets in Afghanistan. He also serves as a country representative for Deutsche Welle (DW). Abdul graduated from Naderia high school and received his Bachelor’s degree from Kabul University’s literature department. 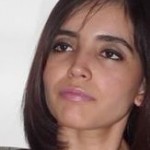 Salma Alokozai is an assistant to the Minister of Education.  A member of Sela Foundation, she is actively involved in volunteer and charity work. Previously, Salma worked as a media coordinator and as a personal assistant to Dr. Ashraf Ghani Ahmadzai during his 2009 presidential campaign. She also worked as a journalist and program producer with Saba Media Organization for three years. Salma is an alumna of the United Nations Institute for Training and Research fellowship program and received a medal in 2011. She speaks fluent Pashtu, Dari and English.  She is currently majoring in Political Science and Public Administration at the American University of Afghanistan. 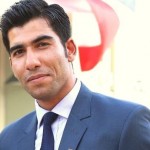 Sadiq Amini is Lecturer of International Relations at Private Universities in Kabul. Before that, he worked as the Head of the Communication & Public Relations Unit at the Comprehensive Agriculture and Rural Development Facility, a joint entity established under the auspices of the Agriculture and Rural Development (ARD) Cluster ministries. Sadiq has also worked in a number of volunteer positions, including as Spokesperson  Youth Council, Cultural Affairs Officer – Youth Council, Sports Secretary – Federation of International Students Association, Representative – Undergraduate Class, Representative – Afghan Students Association in Bangalore and Representative – International Students Association in Christ College.  He is a Fulbright alumnus, batch of 2011-2013. He completed his Master’s degree in Diplomacy & International Security from Patterson School of Diplomacy, University of Kentucky. He is also an Indian Council for Cultural Relations (ICCR) alumnus, batch of 2007-2010. He completed his Bachelor’s degree in Political Science from Christ College, Bangalore. 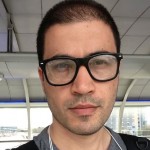 Ramin Anwari is the co-founder of Sela Foundation, a youth led grassroots organization established in 2007. He has been involved in youth mobilization activities that aim to enhance youth presence and engagement in social initiatives, with the ultimate goal of changing attitudes towards human rights. Ramin has worked extensively as a journalist with Radio Free Europe/Radio Liberty and the British Broadcasting Corporation (BBC) as an online producer. He holds a Master’s degree in Applied Human Rights from The University of York. He has previously contributed to the work of a number of human rights organizations in Afghanistan, including Women and Children Legal Research Foundation (WCLRF), mainly developing public relations, research and human rights training material.

Jamil Danish is the Strategic Communication Policy Advisor to the Minister for Rural Development of Afghanistan (MRRD).  He has years of experience in media strategy, media law, political communication, public relations, and journalism. Before joining MRRD, he worked as a communication manager for Afghanistan’s second largest economic program, MISFA. Jamilalso served as spokesperson for the United Nations Assistance Mission (UNAMA) in the office of the Special Representative of UN Secretary-General for Afghanistan (SRSG) from 2003 to 2010. He studied political science and public administration at the American University of Afghanistan and international journalism at West Themes College in London. He also obtained a certificate in law sponsored by Stanford University under Afghanistan’s Legal Education Program. He is fluent in written and spoken English, Persian (native), Pashto (second language) and has a working knowledge of Urdu. 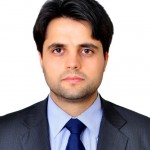 Ameen Habibi is the Director General for Policy and Program Implementation at the Ministry of Finance. Ameen has led the preparation and coordination of implementation of the National Development Plan (ANDS) and its prioritization in coordination with all stakeholders including donors. As Director General, he supervises and coordinates the tasks of two directorates, Afghanistan National Development Strategy (ANDS) and Joint Coordination and Monitoring Board (JCMB) Secretariat.  He is also currently enrolled as a graduate student at the Institute of Geneva where he is pursuing International Executive Master’s degree in Development Policies and Practices (DPP). He earned his first Master’s degree in Public Administration from the Canberra University, Australia and a Bachelor’s degree in Economics & Political Sciences from Cairo University, Egypt. 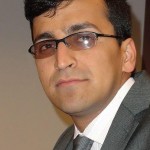 Mohammad Shafiq Hamdam is the Founder and Chairman of the Afghan Anti-Corruption Network. A 2013 Nobel Peace Prize Nominee, Mohammad is a social activist promoting peace, justice and human rights. The Afghan Anti-Corruption Network is the leading and the largest network of civil society organizations fighting corruption in Afghanistan. He has 15 years of progressive working experience with civil society organizations, free media, UN projects, the US government and NATO. He also works as Senior Public Diplomacy Advisor of NATO in Afghanistan. He is the founder of Youth for Peace, Anti-Corruption Watch Organization, Kabul Tribune (an online newspaper) and is co-founder of the Afghan Women Coalition Against Corruption. He is a member of the United Nation Coalition Against Corruption, Voice Against Corruption, a program associate of the Hiroshima Peace Building Center of Japan, and an alumnus of Young Leaders Forum at Friedrich-Ebert-Stiftung.

Ahmed Javed is the Chief Technical Officer for Afghan Telecom (AFTEL) at the Ministry of Communications and Information Technology. He was awarded a full scholarship to pursue studies in Electronics and Communication Engineering in Pakistan. In 2003, he received a Chevening Scholarship and completed his graduate studies in Telecommunication and Distributed System in the United Kingdom. In 2006, he was awarded a DAAD scholarship by the German Foreign Ministry and completed a program in Electronics and Engineering Management in Germany. In 2008, he returned to Afghanistan and joined a U.S.-based Internet Service Provider (ISP) company, Nashita LLC, as Deputy Country Manager and later as acting Country Manager. His main focus has been on the planning, designing, implementation and operation of the new GSM and 3G networks that will be launched shortly in Afghanistan. Ahmed has also taught as part-time lecturer in various private and government institutions both in Afghanistan and Germany. 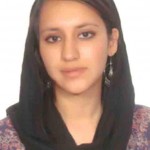 Freshta Karim is the Communication Officer at ActionAid Afghanistan. She has previously worked as a host for a children’s show at National TV in 2005, as a journalist for Saba TV and Radio Nawa, and as a presenter and producer until 2010. Freshta has been a member of the Gender Equality Society in college, has interned with CSR India, and ActionAid Afghanistan, was part of the sponsored educational tour “Jagriti yatra” across India, and has participated in a DAAD sponsored summer school “Muslims in the West” at Erfurt University, Germany. A keen observer, an avid reader and blogger, Freshta writes her thoughts regularly at http://freshtauncut.tumblr.com/.  She studied Political Science from Punjab University, India and was awarded the ICCR scholarship. 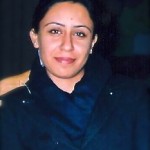 Aarya Nijat specializes in policy development, strategic planning, governance, political analysis, gender, and leadership capacity development. In her role as Acting Policy Director with the Government of Afghanistan, she extensively contributed to the development of the country’s first ever sub-national governance policy, now orienting local governance legal reform and governing the working of all provinces, districts and municipalities across the country. Most recently she served as Director Capacity and Institutional Development at IDLG, where she pioneered Afghanistan’s first ever Anti-Sexual Harassment Policy, applicable to over more than 14,000 civil servants. Trained in adaptive leadership framework, Aarya has served on the Harvard Kennedy School teaching team twice. A Fulbright Scholar and a Mary Boies Fellow, she holds a Master degree in Public Administration from the Harvard Kennedy School of Government, a Master in International Relations and dual undergraduate degrees in Political Science and Law from Quaid-i-Azam and Punjab Universities. 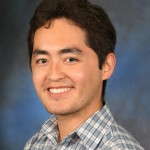 Ahmad Shuja is Partner and Co-founder of Impassion Afghanistan. A young Afghan professional with extensive media and leadership experience, Ahmad is passionate about human rights and social entrepreneurship. He studied economics and political science in the U.S. He served as the president of student government and won the Kentucky Political Science Association annual award for his thesis. Upon graduation, Ahmad served as executive director of the Foundation for Afghanistan in Washington D.C., where he established a college scholarship program for Afghan students, primarily women, and organized fundraising events. As a regular commentator for BBC World News, Al Jazeera English and the Huffington Post, Ahmad helped provide cultural and political context to events in Afghanistan. After six years in the U.S, Ahmad permanently returned to Afghanistan in October 2012 and co-founded a social media and mobile technology company. He also works for Human Rights Watch. 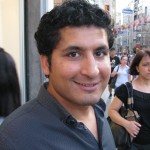 Ghulam Sarwar Sultani most recently worked as a Visiting Research Collaborator at Princeton University, where he was involved in a project that promotes the participation of Afghan youth in political, social and economic sectors.  Previously, he has worked with multiple local and international organizations in Afghanistan including the American University of Afghanistan (AUAF), where he was directly involved with the AUAF alumni council and student organizations.  In 2006, he founded the Afghanistan Relief Organization’s Youth Association and organized fundraising events to support female sports clubs.  He earned a Master’s degree from the University of York where he studied Post-War Reconstruction and Development. He finished his undergraduate degree from Georgetown University where he studied International Relations and majored in International Politics. He received scholarships from Qatar Foundation and the Open Society Foundation to complete his studies. 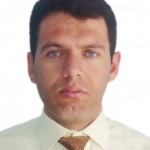 Mir Zarif Waez is the Senior Democracy and Governance Advisor in the Office of Democracy and Governance for USAID/Afghanistan. Since early 2007, he has worked at senior positions with United States Agency for International Development (USAID) Office of Democracy & Governance, managing projects and supporting national and sub-national governance. He is currently the Project Manager for a sub-national governance project that is working to build the capacity of the 34 provincial councils at the sub national level. Mir Zarif previously worked as Project Manager for UNDP at the Ministry of Foreign Affairs and for World Bank at the Civil Service Commission. He has served as a lecturer at Kabul University and was the President of Creative Consultancy Services before joining USAID. He holds a Master’s degree in Public Policy and Administration.