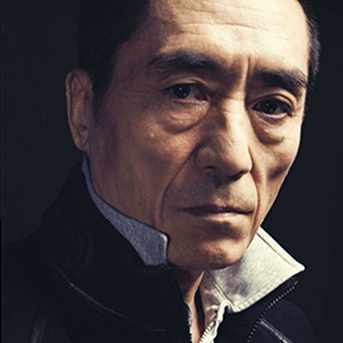 Director Zhang Yimou is widely considered one of the world’s greatest filmmakers. He began his film career at the Beijing Film Academy in 1978, joining a prestigious group of students who would go on to become the Fifth Generation of Chinese filmmakers.

After starting as a cinematographer, Zhang made his directorial debut in 1987 with the now-classic Red Sorghum. The film won international praise, including multiple Golden Rooster Awards, the Golden Bear Award at the 38th Berlin International Film Festival, and was selected as China’s official entry for the Academy Award for Best Foreign Language Film. His following project, Ju Dou (1990), was similarly beloved around the world: The film was nominated for the Cannes Palme d’Or and became China’s first nominated selection for Best Foreign Language Film at the Academy Awards.

Zhang continued to dazzle critics and audiences with some of the most celebrated films of the 1990s, including Venice Film Festival darlings Raise the Red Lantern (1991), The Story of Qiu Ju (1992) and Not One Less (1999), Cannes Grand Prix du Jury winner To Live (1994), and Berlin Jury Grand Prix winner The Road Home (1999). With the wuxia epic Hero (2002), Zhang became a true crossover icon. In addition to securing his second Academy Award nomination, Hero won the fervent support of Hollywood director Quentin Tarantino and opened at #1 at the U.S. box office. His crossover success continued with acclaimed period dramas House of Flying Daggers (2004), Curse of the Golden Flower (2006), and Flowers of War (2011).

Zhang cemented his reputation as China’s greatest visual storyteller in 2008 when he was chosen to direct the opening and closing ceremonies of the Beijing Summer Olympics. This stunning production earned him a Peabody Award and runner-up for Time magazine’s Person of the Year.

Zhang is currently working on the action epic, The Great Wall. The largest Chinese-American co-production to date, the film brings together Hollywood’s and Beijing’s brightest stars, including Matt Damon, Andy Lau, Willem Dafoe, Lu Han and Jing Tian, to explore the mysteries surrounding the Great Wall of China.