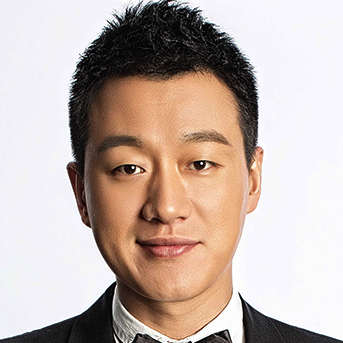 Tong Dawei (David Tong) is an acclaimed, award-winning Chinese film actor, best known for American Dreams in China, The Flowers of War, Lost in Beijing, and The Red Cliff. Born in 1979 in Fushun, Liaoning Province, Tong graduated in 2001 from Shanghai Theater Academy with a Bachelor of Arts degree in acting. Since his film debut in Zhang Yuan’s I Love You in 2002 and his television debut the following year in the series Jade Guan Yin, Tong has impressed audiences with his ability to create multi-dimensional characters and connect them with viewers. He won the Audience Favorite Award for his initial TV series.

Over the years, Tong has increased his visibility by collaborating with top Asian film directors, including John Woo, Peter Chan, Kwak Jae-yong and Zhang Yimou, who praised Tong’s work in The Flowers of War for adding an “intellectual temperament to his character” and said he continues to “break through and impress the audience.” In addition, Tong has continuously worked with some of the best actors in the industry, such as Christian Bale, Zhang Ziyi, Takeshi Kaneshiro, Andy Lau, Zhao Wei and Huang Xiaoming.

For his work as Wang Yang in American Dreams in China, Tong received nominations for Best Supporting Actor at many top Asian film festivals in 2013 and 2014, including the 50th Golden Horse Awards and 36th Hong Kong Film Awards. He won the award at the Changchun Film Festival and Hundred Flower Awards. Tong’s films have also won acclaim and awards globally. I Love You was screened at the 19th Sundance Film Festival, and Lost in Beijing played at both the 56th Berlin International Film Festival and 12th Busan International Film Festival. The Flowers of War was nominated for Best Foreign Language Film at the 69th Golden Globe Awards.

Outside of film, Tong has worked with numerous international companies, including representing Dior Homme as its Chinese star at Paris Fashion Week in 2013. Last month, GQ named him one of its Men of the Year.