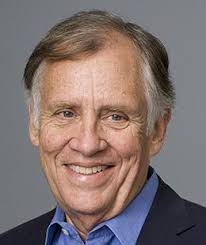 2012 U.S. Entertainment Visionary of the Year

Mr. Coleman was appointed President of DreamWorks Animation in December of 2005, having served as a Director of the Company since October 2004. As of March 2007, he was re-elected to the Board of Directors and has taken on the position of Chief Financial Officer as well. Most recently, Mr. Coleman played a lead role in the formation of a joint venture between DreamWorks Animation with China Media Capital, Shanghai Media Group and Shanghai Alliance Investment, Ltd. to establish the leading Chinafocused family entertainment company.

He was elected to the Northrop Grumman Board of Directors in 2001 and is currently lead independent director. He served as non-executive chairman of Northrop Grumman from January 2010 until July 2011.

Previously, he was the President of the Gordon and Betty Moore Foundation from its founding in November 2000 to December 2004. Prior to that, Mr. Coleman was employed by Banc of America Securities, formerly known as Montgomery Securities where he was a Senior Managing Director from 1995 to 1998 and Chairman from 1998 to 2000. Before he joined Montgomery Securities, Mr. Coleman spent ten years at the Bank of America and Bank of America Corporation where he was Head of Capital Markets, Head of the World Banking Group, and Vice Chairman of the Board and Chief Financial Officer. He spent the previous thirteen years at Wells Fargo Bank where his positions included Head of International Banking, Chief Personnel Officer and Chairman of the Credit Policy Committee.