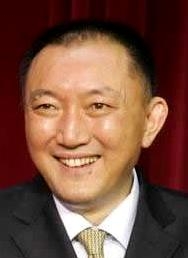 2012 China Entertainment Visionary of the Year

Han Sanping is a Chinese film producer and distributor. He is the chairman of China Film Group Corporation, which has been hailed as one of the largest distributors and exporters of Chinese films. Han has also co-produced with established film directors such as Peter Chan, Chen Kaige, Stephen Chow and Lu Chuan.

Han has produced over 300 films, as well as more than 100 television series since the 1980s. Apart from being the head of China Film Group Corporation, Han also serves as the President of Beijing Film Studio and the Chinese Children Film Studio, as well as Vice Managing Director of the Chinese Film Producer Association.