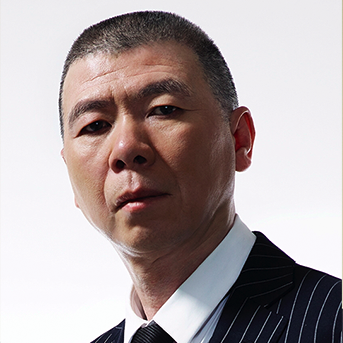 Feng Xiaogang emerged as one of Asia’s most successful commercial directors in the late 1990s for his searing black comedies about the lives of common people in a rapidly changing China. In the past 15 years, his films have become more ambitious and have pushed the boundaries of Chinese cinema. A filmmaker who can elicit both laughter and tears, Feng works across genres, sometimes redefining them. His 2004 action caper, A World Without Thieves, was followed by the luscious period fantasy The Banquet (2006), gritty war epic Assembly (2007), romantic comedy If You Are The One (2008) and drama Aftershock (2010). Aftershock was the first Chinese film released in IMAX, and it is one of two Feng films – with the 2012 historical drama Back to 1942 – submitted by China for Best Foreign Language Film at the Academy Awards. Back to 1942 and his 2010 divorce drama The Sigh won Best Film prizes at the Beijing and Cairo International Film Festivals, respectively. Feng has won Best Director three times at China’s prestigious Hundred Flowers Awards. He is often compared to Steven Spielberg because of his long commercial success – and for shifting to more challenging, artier filmmaking. Feng’s 2016 I Am Not Madame Bovary, a darkly comic look at Chinese bureaucracy through the tale of a peasant woman seeking justice against her unfaithful husband, won several international awards. His latest film, Youth, portrays the lives of young people from their time in a People’s Liberation Army dance troupe during the Culture Revolution to the 1990s.