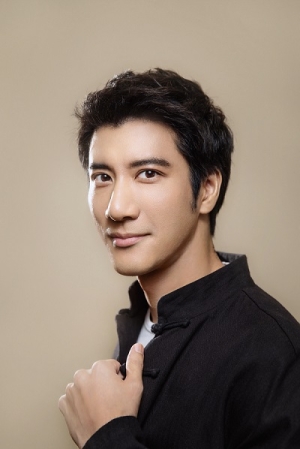 Known as the “King of Chinese Pop”, WANG Leehom revolutionized the music scene with an evolving blend of pop, hip-hop, R&B, and traditional Chinese music ranging from aboriginal folk music to Beijing opera. The best-selling Mandarinlanguage musician of his generation, Wang has released 17 solo studio albums, earned 19 nominations and four wins at Taiwan’s Golden Melody Awards, and garnered 11 wins at the Chinese Music Awards. He has toured over 100 cities worldwide and is one of the most recognizable and visible celebrities in Asia, with over 70 million followers on social media.

In addition to his music career, Wang has also starred in over 20 ﬁlms, including In Love in Disguise (2010), a romantic comedy in which Wang acted, wrote, directed, and scored, setting the record for the highest-grossing ﬁlm for a ﬁrst-time director in Chinese history. Other movies include Ang Lee’s thriller Lust, Caution (2007); Little Big Soldier (2010), co-starring Jackie Chan; My Lucky Star (2013), co-starring ZHANG Ziyi; and Michael Mann’s cyber-thriller Blackhat (2015), with Chris Hemsworth, TANG Wei, and Viola Davis. Wang’s performance in Forever Young (2018) won him Best Actor at the 2018 Golden Lotus Awards in Macau.

Wang is an environmental activist and a longtime ambassador for World Vision Taiwan. Wang was listed as one of Goldsea’s “The 100 Most Inspiring Asian Americans of All Time”.