Supply Chain Disruption: The Impact on Los Angeles and Singapore 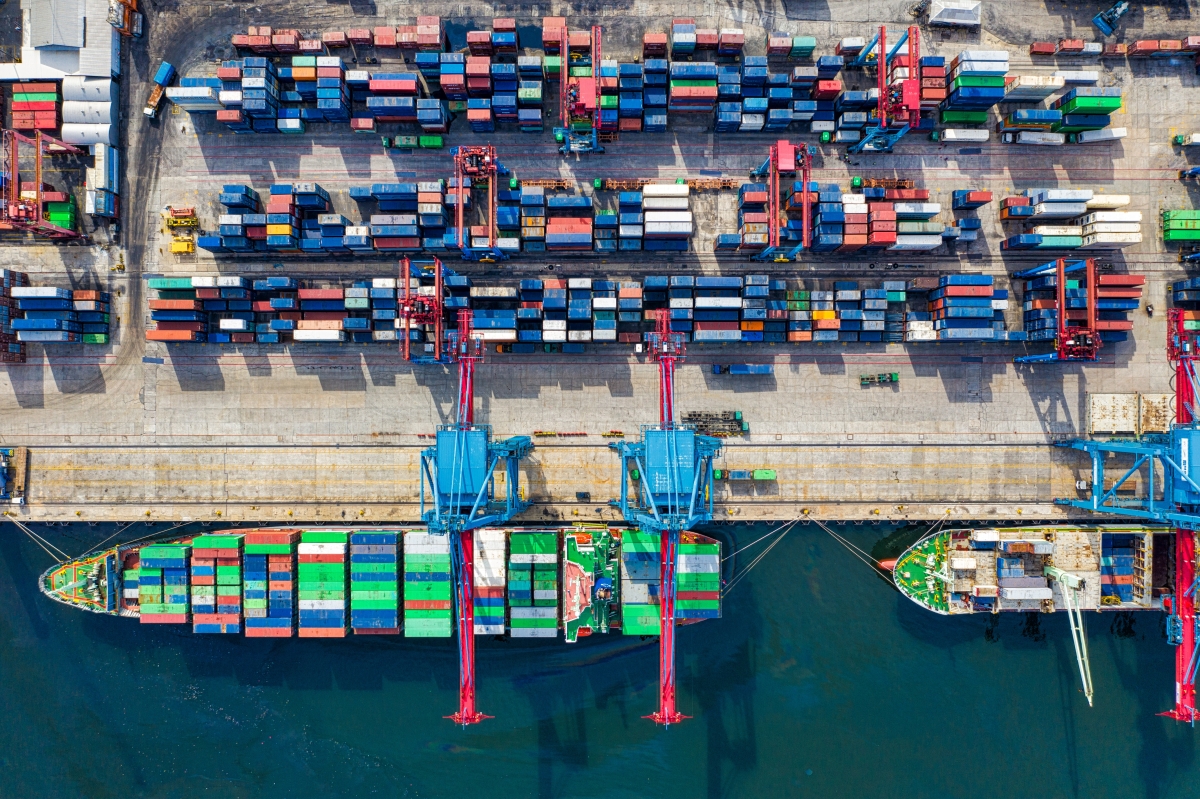 The global supply chain bottleneck is making front page headlines around the world in the midst of manufacturing production slowdowns, retail shortages and disruption to consumption, along with inflationary pressures and shipping container shortages, among other factors.

Port cities such as Singapore and Los Angeles are at the forefront of these challenges, addressing them with vanguard technological advances and innovative policy initiatives such as Singapore’s plans for the world’s first digital port. Beyond tech and economics, transpacific trade is also a core sustainability issue, highlighted by the recent discussions at this year’s United Nations Climate Change Conference.

Join Asia Society Southern California for our fifth event in the U.S.-Asia Real Estate Initiative series, as we welcome speakers Kevin Klowden, Jaime Lee, and Kenneth Lim in conversation with moderator Richard Green on this timely topic. Kenneth Lim of Singapore’s Maritime and Port Authority will share his experience with the port’s digital strategy, while Jaime Lee, President of the Los Angeles Board of Harbor Commissioners, will provide a perspective from Los Angeles. They will be joined by policy expert Kevin Klowden of the Milken Institute, whose research focuses on the role of technology in the development of regional economies, capital access, and the economy of California. The conversation will be moderated by Richard Green, the director of the USC Lusk Center for Real Estate.

This program is part of ASSC’s U.S.-Asia Real Estate Initiative (USAREI), which was launched in May 2020, in collaboration with the USC Lusk Center for Real Estate and the UCLA Ziman Center for Real Estate. USAREI is a comprehensive, multi-year initiative to promote a deeper understanding of real estate issues that are of shared importance to Southern California and urban areas in Asian countries, and is underwritten by OUE, a prominent Singapore-based real estate development firm.

For previous USAREI programs, we invite you to watch or revisit them.

Kevin Klowden is the executive director of the Milken Institute’s Center for Regional Economics and California Center. He specializes in the study of key factors that underlie the development of competitive regional economies (clusters of innovation, patterns of trade and investment, and concentration of skilled labor), and how these are influenced by public policy and in turn affect regional economies. On a national level, he is heavily involved in issues of capital access for small business, including serving as chair of the U.S. Department of Commerce's Trade Finance Advisory Council. He also helps to coordinate the Partnership for Lending in Underserved Markets initiative with the U.S. Small Business Administration, which focuses on funding for African-American and Latino small businesses. His areas of expertise include technology-based development, capital access, infrastructure, the global economy, media, and entertainment. He holds graduate degrees from the University of Chicago and London School of Economics.

Jaime Lee is the Chief Executive Officer of Jamison Realty, Inc., the leasing and brokerage arm of the Jamison group of companies, which controls approximately 18 million square feet of commercial and residential properties throughout Southern California. The privately-held, family-run business has been one of the largest office landlords in the City of Los Angeles for the past twenty-five years.

Appointed by Los Angeles Mayor Eric Garcetti, she was elected President of the Board of Harbor Commissioners for the Port of Los Angeles in April 2018, the largest container port by trade volume in the western hemisphere. She also serves as a board member of the Los Angeles Organizing Committee for the Olympic and Paralympic Games 2028 among many other positions with civic, philanthropic, and industry organizations at the city, state, and community levels.

Earning both her Bachelor's and Juris Doctor degrees from the University of Southern California, the Los Angeles native currently serves on the USC Board of Trustees. She is also a member of the Board of Councilors for the USC Dornsife College of Letters, Arts and Sciences, a Chairman member of the USC Associates and lectures regularly at the USC Gould School of Law, the USC Sol Price School of Public Policy, and the USC Marshall School of Business.

Lim has over 28 years of Technology career experience, starting his career as a programmer in PSA, to Vice President Technology Development, Trade & Logistics in CrimsonLogic and Senior Vice President Market Operations and IT in Energy Market Company, before joining the public sector in 2011. His professional experience has covered sectors in the Sea Port, Logistics IT, and Energy industries.

Richard Green is the Director of the USC Lusk Center for Real Estate. He holds the Lusk Chair in Real Estate and is a Professor in the USC Sol Price School of Public Policy and the Marshall School of Business.

Prior to joining the USC faculty, Green spent four years as the Oliver T. Carr, Jr., Chair of Real Estate Finance at The George Washington University School of Business. He was Director of the Center for Washington Area Studies and the Center for Real Estate and Urban Studies at that institution. Green also taught real estate finance and economics courses for 12 years at the University of Wisconsin-Madison, where he was Wangard Faculty Scholar and Chair of Real Estate and Urban Land Economics. He also has been principal economist and director of financial strategy and policy analysis at Freddie Mac.