Change on the Korean Peninsula?

Please join Asia Society Southern California for a timely discussion with Kang Cheol Hwan, author of Aquariums of Pyongyang and President of the North Korea Strategy Center. Mr. Kang survived North Korea’s prison camps and defected, becoming a leading journalist and human rights activist. He will share his insights into the fluid developments on the Korean Peninsula: 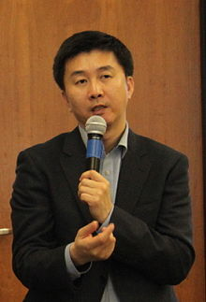 Mr. Kang is a staff writer for the South Korean newspaper The Chosun Ilbo. In 2003, he was awarded the National Endowment of Democracy’s “Democracy Award” and in 2006, he was selected as one of Times’ “Asian Heroes”. In 2007, he created the North Korea Strategy Center to disseminate foreign information in North Korea, promote democracy and reunification, and educate the South Korean youth on North Korean human rights issues.