COVID-19 sparked a shockwave of hate, violence, and racism towards people of Asian descent, often women, that will continue to demand action long after the pandemic. The injustices toward the AAPI community, and the fear that many continue to live in, do not go back to normal.

Lasting change, change that addresses the issues critical to the AAPI community, requires representation. Unfortunately, as Politico has reported, AAPI women made up just 0.3% of elected leadership across all offices as of mid-2020.

Increasing representation and building influence in elective office has never been more important to protecting and advocating for AAPI communities – and there are some remarkable women leading the way.

Join us on September 15 at 12:00 p.m. PT to hear from an esteemed group of AAPI women in elected office, making great strides in public service. The Asian Women Empowered: Policy Changemakers program will take place virtually via zoom and will feature Congresswoman Judy Chu, Congresswoman Young Kim, CA State Treasurer Fiona Ma, Irvine Mayor Farrah Khan. This important event will shine a light on these women’s journeys, perspectives and visions for a better-represented future. Award-winning journalist May Lee will moderate.

Judy Chu was elected to the U.S. House of Representatives in July 2009.  She represents the 27th Congressional District, which includes Pasadena and the west San Gabriel Valley of southern California.

Rep. Chu currently serves on the powerful House Ways and Means Committee, which has jurisdiction over legislation pertaining to taxes, revenues, Social Security, and Medicare. In that Committee, Rep. Chu is a member of the Subcommittees on Health, giving her oversight over healthcare reform and crucial safety net programs, Worker and Family Support, and Oversight.

Young Kim is proud to represent California’s 39th District, which includes parts of Los Angeles, Orange, and San Bernardino counties, in the U.S. House of Representatives.

An immigrant, small business owner, community leader, and mother, Kim is proud to be one of the first Korean-American women ever to serve in Congress and help all Americans have the chance to achieve their dream just like she did.

As an immigrant to the United States, Kim has dedicated her life to giving back to her community. She started her public service as Director of Community Relations and Asian Affairs for former Congressman Ed Royce (CA-39), where she was a key liaison to the 39th District and advisor on issues pertaining to the Asian-American community and foreign policy.

Prior to serving in Congress, Kim was the first ever Korean-American Republican woman to serve in the California State Assembly. As an Assemblywoman, Kim fought to grow jobs, support small businesses, ensure public safety, promote educational opportunities, support veterans, and protect victims of domestic violence.

Farrah N. Khan made history in November of 2020 becoming the 23rd Mayor of Irvine. She not only received the highest number of votes for the position of Mayor in the city’s history, but also shattered glass ceilings as the first woman of color to hold the position, and the first Muslim woman to lead a large city in the United States.

Khan is focused on ensuring that the City of Irvine is a leader throughout Orange County and California when it comes to innovation and technology, maintaining a healthy environment, combating climate change, and protecting the health and wellness of Irvine’s diverse communities. In her short time as Mayor, she has initiated several new strategies leading to Irvine becoming the first City in Orange County to spearhead COVID-19 Vaccination Clinics in local neighborhoods and senior centers, passed HERO pay for frontline grocery workers, created a new committee focused on Diversity, Equity & Inclusion, and adopted a resolution with strategies to support achieving carbon neutrality by 2030.

Fiona Ma is California’s 34th State Treasurer. She was elected on November 6, 2018, with more votes (7,825,587) than any other candidate for treasurer in the state's history. She is the first woman of color and the first woman Certified Public Accountant (CPA) elected to the position. The State Treasurer’s Office was created in the California Constitution in 1849. It provides financing for schools, roads, housing, recycling, and waste management, hospitals, public facilities, and other crucial infrastructure projects that better the lives of residents.

California is the world’s fifth-largest economy and Ma is the state’s primary banker. Her office processes more than $2 trillion in transactions, within a typical year. She provides transparency and oversight for the government’s investment portfolio and accounts, as well as for the state’s surplus funds. Ma oversees an investment portfolio that has averaged well over $100 billion during her administration—a significant portion of which are beneficially owned by more than 2,200 local governments in California. She serves as an agent of sale for all State bonds and is a trustee of billions of dollars of state indebtedness.

May Lee is an award-winning broadcast journalist/host who has been both a US based and international anchor, host, correspondent and producer. At the start of 2020, Lee’s production company, launched “The May Lee Show”, a vodcast (video-podcast) focused on Asian and Asian American issues and stories. In July 2021, she was named one of Forbes 50 Over 50 women leading the way in impact. Along with her media projects, Lee is also an adjunct instructor at USC Annenberg School of Communication and Journalism. In 2021, she developed a new course, “Evolution of Asian Americans and the Media” to fill the educational gap when it comes to Asian American history.

Lee’s international experience as a journalist began in 1992 at Japan’s NHK network. From 1995 to 1999, Lee was with CNN as the Tokyo Correspondent and then the main anchor for CNN International in Hong Kong. In 2000, she joined the dynamic new women’s network, Oxygen Media, founded by Oprah Winfrey as one of its main talk show hosts. She headed back to Asia in 2004 to join CNBC Asia in Singapore as the primary anchor. Lee is a graduate of Mills College in Oakland, CA where she attained her BA in communications.

Please reach out to AWE@asiasociety.org if you're interested to learn more about Asian Women Empowered (AWE). Please send your questions in advance to ask_assc@asiasociety.org. 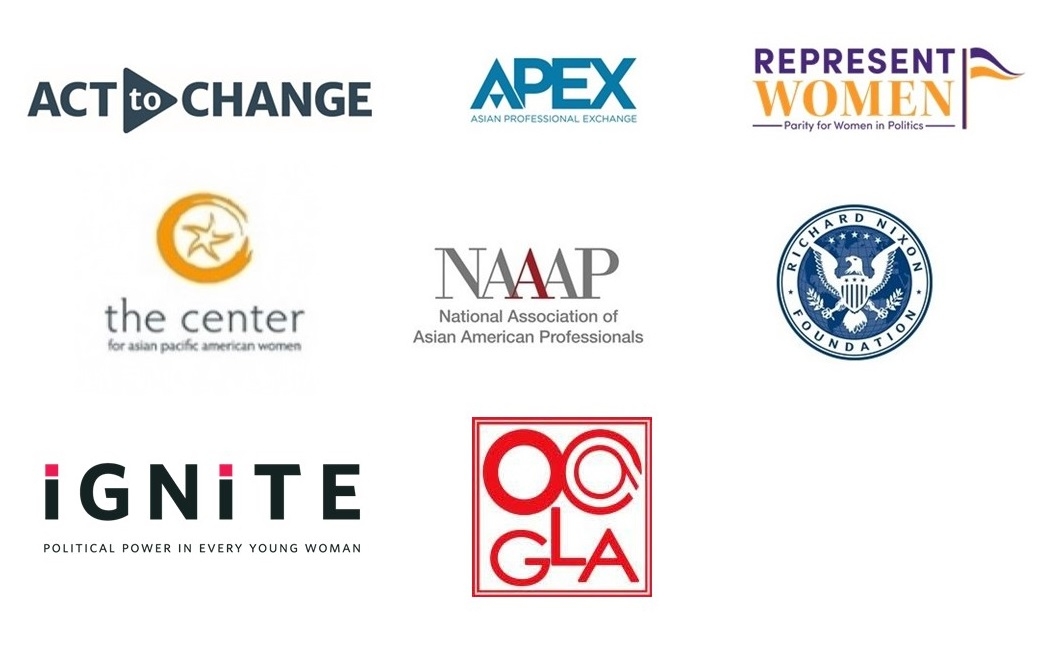 UCLA Women and Youth Supporting Each other