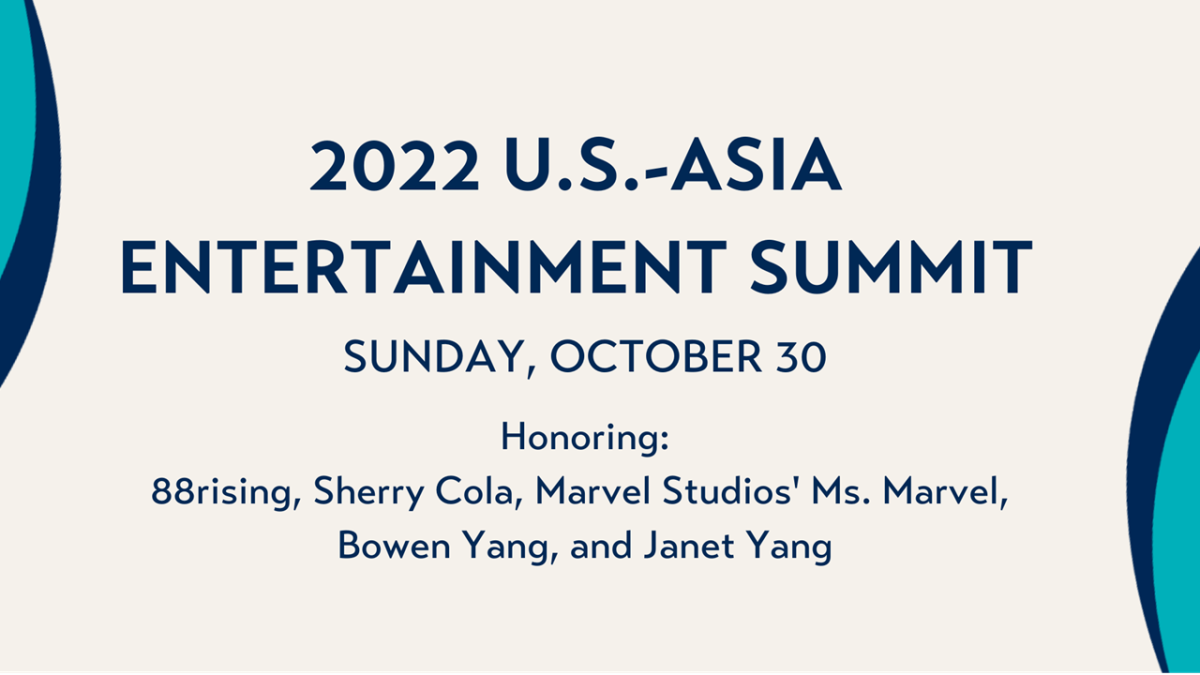 We are excited to announce that the 13th Annual U.S.-Asia Entertainment Summit will be held on Sunday, Oct. 30, at Skirball Cultural Center. This prestigious event is chaired by Janet Yang, whom we congratulate on her historic election for the role of President of the Academy of Motion Picture Arts and Sciences.

We also have an exciting lineup of speakers at the event:

We continue to enhance our signature program, the most prestigious gathering of dealmakers, thought leaders and content creators in American and Asian entertainment. Founded in 2010, the Summit created a forum for Hollywood and Chinese filmmakers to discuss collaboration. Now in its 13th year, we are expanding the focus to encompass trends and forces transforming entertainment – across all of Asia and beyond film to digital content, music and gaming. The change reflects the evolution of digital technologies and the growing impact of content from Korea, India and Japan, among others, throughout Asia and in the United States. In addition, this year we continue to spotlight the global Asia Society’s highest honor 'Entertainment Game Changers' at the Summit.

Stay tuned for 2022 U.S.-Asia Entertainment Summit and Game Changer Awards Dinner. If you're interested in a sponsorship, please contact Li Huang LHuang@asiasociety.org for information to purchase a table.