Was China's RIMPAC Exclusion an Opening Salvo or a Wasted Shot? 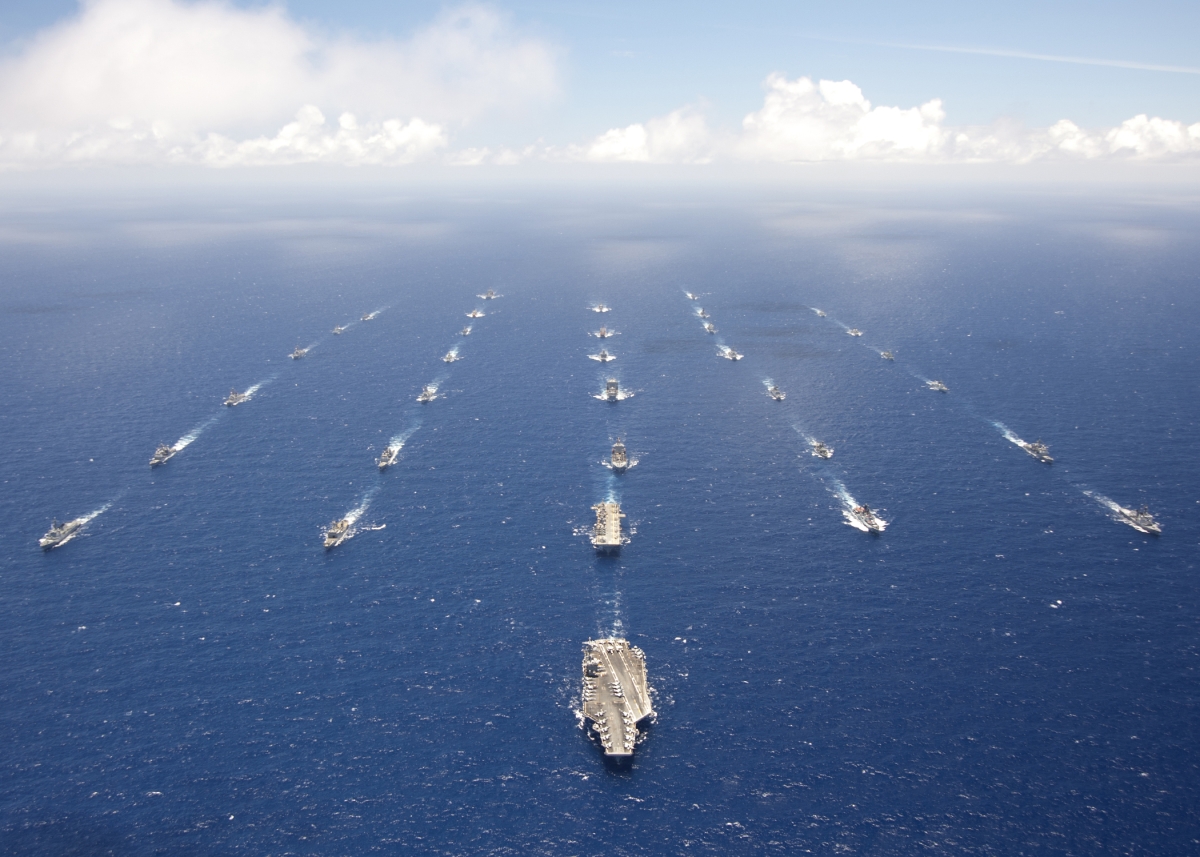 This is an article by Asia Society Policy Institute Director of Political-Security Affairs Lindsey Ford, which was originally published in the East Asia Forum.

As U.S. Secretary of Defense James Mattis kicked off his recent trip to Beijing, another significant event was kicking off elsewhere in the Pacific: the biannual Rim of the Pacific (RIMPAC) naval exercise. For this event, however, China would not be at the table.

The optics were notable — and pointed. Even as Secretary Mattis declared his intent to have an open dialogue with Chinese leaders, China’s absence from the U.S.-led RIMPAC — the world’s largest multinational naval exercise — was just the latest sign of deepening friction between the two countries. While some observers applauded the Trump administration’s decision to exclude China from this year’s RIMPAC exercise, others worried that the move could have ‘deep and dangerous geopolitical repercussions’.

Ultimately, the ramifications of China’s absence from RIMPAC are unlikely to be significant. Far more important now is what comes next. Is the RIMPAC move merely a symbolic slap on the wrist, or does it augur further U.S. actions to push back against China’s ongoing militarization of the South China Sea?

The exclusion makes sense as a political move aimed at appeasing widespread and growing frustration in U.S. national security circles about the U.S. government’s failure to ‘get tough’ on China. It is also consistent with how the government has responded to other countries in similar situations: Russia, for example, was not invited to RIMPAC 2016 in the wake of its invasion of Crimea. But as a tactical move aimed at ‘punishing’ China for its behavior in the South China Sea, the RIMPAC decision will have little impact.

China’s participation in the exercise was always far more politically symbolic than operationally significant. The Obama administration’s aim in including China in the exercise was to help build trust and transparency between the U.S. and Chinese militaries as well as to push back on the narrative that U.S. military exercises are inherently anti-China in nature. For China, the exercises provided a useful opportunity to emphasize its role as a responsible contributor to regional security. So while the reputational cost of losing this opportunity will smart for Beijing — especially in a year in which Vietnam and Sri Lanka are participating in the exercise for the first time — the exclusion is unlikely to spark a broader crisis in the U.S.–China relationship.

Chinese leaders have publicly expressed their displeasure, but much like their response to enhanced U.S. freedom of navigation operations (FONOPs), they are unlikely to risk a broader dispute over the issue. At a moment when China is grappling with threats of widespread economic tariffs and fraying U.S.–DPRK diplomatic talks, there are more pressing concerns at hand.

So the real question for U.S. policymakers is whether (and, if so, how) they intend to leverage this move as part of a larger plan. The Department of Defense’s public statement about the RIMPAC decision notes that the rescinded invite was merely ‘an initial response’ to Chinese actions in the South China Sea. Secretary Mattis echoed these remarks in a strongly worded speech at the recent Shangri-La Dialogue in Singapore.

But 18 months into its term, the Trump administration’s approach to the South China Sea remains long on tactics and short on strategy. There is no likelihood that enhanced FONOPS and the RIMPAC exclusion, individually or even collectively, will alter China’s calculus in the South China Sea. One need look no further than Chinese President Xi Jinping’s own words to Secretary Mattis last week — that China will not cede ‘any inch of territory passed down from ancestors’ — to realize this.

The administration cannot run a diplomatic pressure campaign on all fronts at the same time, and there remains little sign that the administration intends to prioritize its concerns in the South China Sea above ongoing disputes over trade and North Korea. The longer the temperature stays turned up on these issues, the greater the opportunity for China to turn potential U.S. leverage on its head by offering cooperation or concessions elsewhere in order to keep the South China Sea off the U.S. priority list. U.S. President Donald Trump’s clear willingness to override his national security team when asked, such as in the recent dispute over sanctions against Chinese company ZTE, also plays to China’s advantage here.

The Trump administration’s ‘free and open Indo-Pacific’ strategy rightly acknowledges the vested interest that the United States has in the free and equitable use of Asia’s maritime commons. It also recognizes the importance of supporting the right of U.S. allies and partners to pursue their interests free from coercion. Disinviting China from RIMPAC may send a symbolic message of support on this front, but it will do little on its own to put real substance behind these words. Their exclusion will not help allies to defend their territorial waters, nor will it allow countries like Vietnam to drill in their own exclusive economic zones without being threatened, nor will it undo what a United Nations tribunal called ‘permanent and irreparable harm’ to one the most diverse ecosystems anywhere in the world. It certainly will not alter a status quo that has long been trending in China’s favor. To achieve any of those aims, the United States will have to get serious about implementing a coordinated diplomatic, economic and military strategy — not just tactical moves like FONOPs and excluding China from RIMPAC.