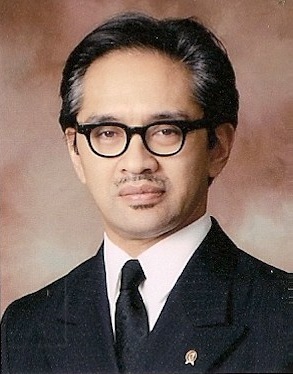 Dr. R.M. Marty M. Natalegawa served as Foreign Minister of Indonesia (2009 – 2014). He is the author of “Does ASEAN Matter? A view from Within” (ISEAS Publishing - 2018). He is a member of the UN Secretary-General’s High Level Advisory Board on Mediation.

He is also presently Asia Society Policy Institute Distinguished Fellow; a member of the International Academic Advisory Committee of the Oxford Centre for Islamic Studies; the Southeast Asia Advisory Board of the Centre for Strategic and International Studies (CSIS – Washington, D.C.); International Crisis Group Board of Trustees; Global Advisory Committee of the Jeju Forum; University of Western Australia’s Public Policy Institute Advisory Board; the Board of Directors of the Global Centre for Pluralism, Ottawa and is a Prominent Research Scholar of the Bank of Indonesia Institute. He is a member of the UN Secretary-General’s Advisory Board on Disarmament and the Board of Trustees of the United Nations Institute for Disarmament Research.

He served in the UN Secretary-General’s High Level Panel on Global Response to Health Crises and UN President of the General Assembly’s 72nd Session Team of External Advisors.

Dr. Natalegawa was Permanent Representative of Indonesia to the UN (2007-2009); Ambassador to the UK and also to Ireland (2005-2007); and Indonesia’s Director General for ASEAN Cooperation.

He has been cited as “one of the most respected foreign policy and international security thinkers of his generation, both within Indonesia, in South-east Asia, and in the broader Asia-Pacific region”.

Dr. Natalegawa earned a D.Phil. from the ANU; an M.Phil. from University of Cambridge; and a BSc (Hons) from the LSE.