As Its Coronavirus Outbreak Abates, China Is Trying out a New Look. Is It Working? | Asia Society Skip to main content

As Its Coronavirus Outbreak Abates, China Is Trying out a New Look. Is It Working? 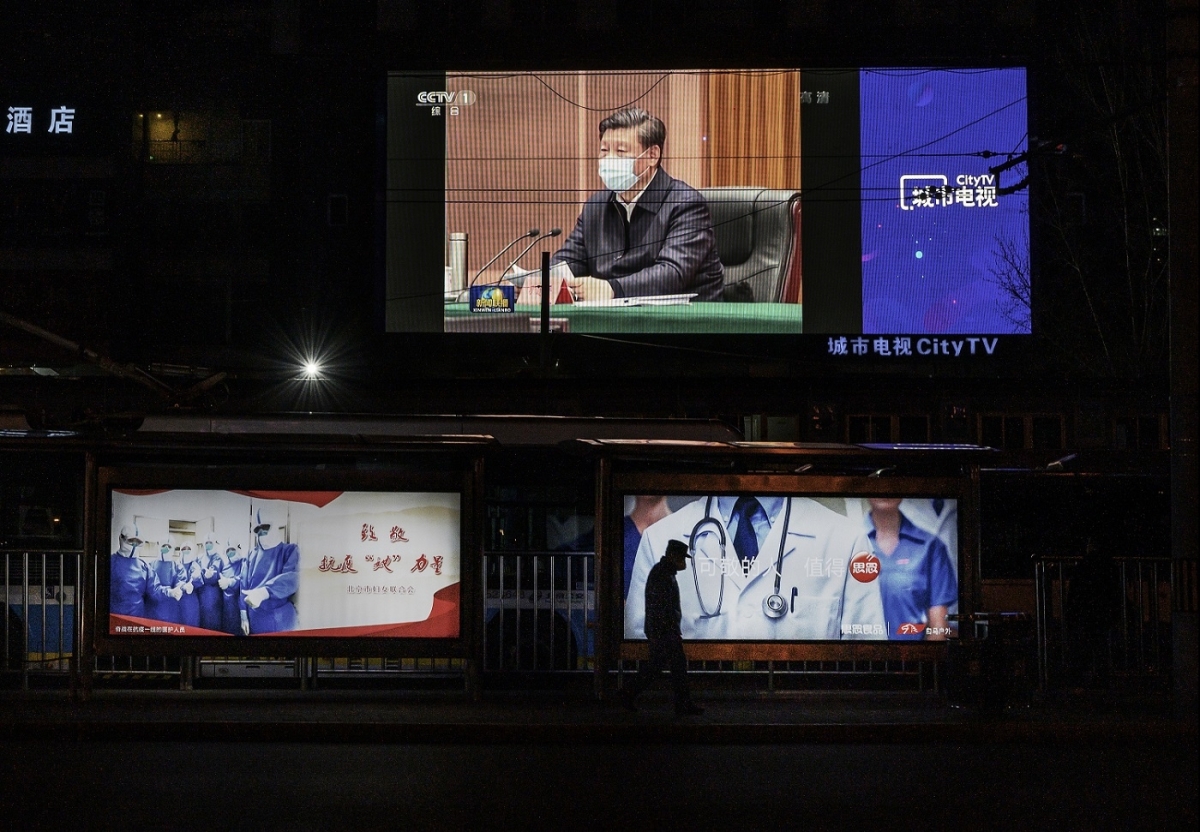 A large screen in the street in Beijing shows President Xi Jinping wearing a protective face mask during his visit to Wuhan, the epicenter of the coronavirus, earlier in the day, on CCTV’s evening newscast, March 10, 2020. (Kevin Frayer/Getty Images)

The following is ASPI Vice President of International Security and Diplomacy Daniel Russel's full commentary originally published in ChinaFile on how the coronavirus outbreak and China’s response to it is shaping the country’s standing on the global stage.

It’s entirely unsurprising that the Chinese government would seek to shift attention from the origins of the virus or the cover-up that gave it a head start, and instead build a narrative extolling first its decisive containment actions at home and second its altruistic beneficence abroad. Rumblings of anti-Chinese sentiment from Southeast Asia to Africa in response to the outbreak suggest this may be an uphill battle.

Generally speaking, the Communist Party’s airbrushing of history works somewhat better at home than it does internationally, but Beijing is certainly giving it the old Leninist try. That effort will be facilitated to some degree by at least two factors. First is the increasingly apparent inability of numerous Western countries to contain or cope with the spreading pandemic. Five of the G-7 nations are already among the world’s top 10 infected countries, with Italy registering 10 times more COVID-19 infections than China as a percentage of population. This bolsters the Party’s story line about its superiority over democratic systems. Second is the Trump administration’s spectacular disarray and lack of preparation, which makes Beijing’s performance appear less egregious in comparison.

Yet, public diplomacy “with Chinese characteristics” suffers from some chronic weaknesses. The heavy-handed effort to deny the genesis of the virus in China’s live markets—markets that were to have been shut down after the SARS crisis—undercuts Beijing’s credibility. Its international messaging is also hindered by the bellicose, over-the-top rebuttals of criticism by Chinese diplomats who are scored not on their record of persuasion but by their vigor in unswervingly defending the Chinese nation. This leads to absurd accusations of U.S. Army bio-war plots by the Foreign Ministry and to a telephonic dope-slapping contest between Yang Jiechi and Mike Pompeo. Nasty digs against China by some U.S. officials in the midst of a humanitarian crisis might have been played to win China some sympathy, if not the high ground. But clearly the audience for Chinese diplomatic counterattacks is Zhongnanhai, not the international community.

Perhaps the biggest threat to China’s influence and international standing from COVID-19 is the likely toll on China’s economy from both the unprecedented shut-down at home and the precipitous drop in global demand that is ensuing. An overextended China that needs to retrench and concentrate on social stability and its domestic economy may enjoy far less of an international standing than the deep-pocketed China that seemed to many to be destined for global primacy.

Read the full conversation on ChinaFile.