The Impact of EU/China Investment Agreement on Collective Efforts 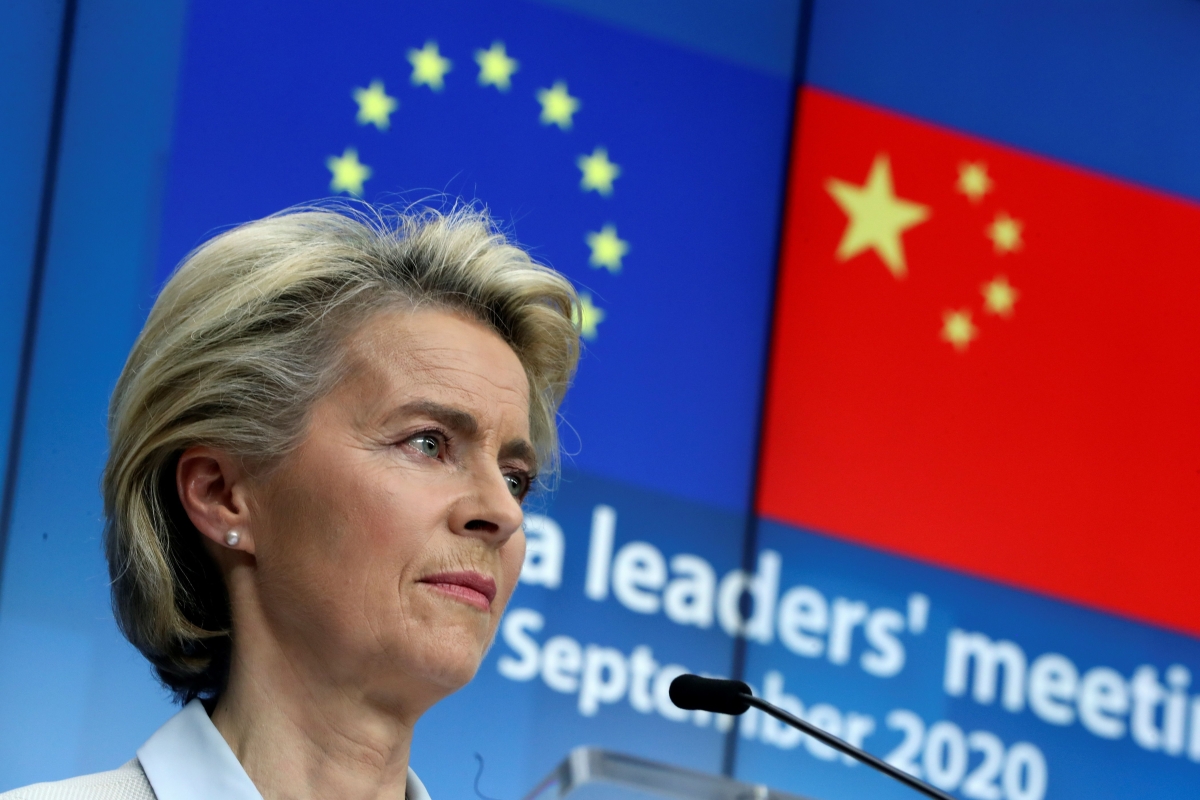 In many respects, the last thing Brussels needed were last-minute concessions from Beijing for inclusion in the EU-China Comprehensive Agreement on Investment (CAI). Launched in 2013, these negotiations only just recently seemed to be headed nowhere. In September, following a video conference call with Chinese President Xi Jinping, European Commission President Ursula von der Leyen told the press: “China has to convince us that it’s worth having an investment agreement.”

Both sides kept at it, recognizing that concluding a deal under the German presidency offered the last best prospect for success. The timing also coincides with the arrival of the Biden Administration, which has emphasized its commitment to work with allies and partners to address the challenges China presents to global norms and institutions. Weighing these considerations and others, the EU has decided to seal the deal with Beijing, while underscoring that this does not preclude close cooperation with the United States on China issues.

Yet if the last four years have taught us anything – the recent Brexit agreement, the renegotiation of NAFTA, the U.S.-China Phase One deal – it is that trade and investment agreements are more than just technical arrangements between two economies. They have increasingly become political endeavors. Although modern investment agreements are less fulsome than a comprehensive trade agreement, they nevertheless can serve as an important tool for opening markets, leveling the playing field, and setting the rules governing the movement of goods, services, and capital across borders.

Investment flows between Europe and China have become imbalanced over the last decade, with a particularly high surge of Chinese direct investment into Europe in 2016 (EUR 37 billion), which highlighted for European companies and policymakers the unequal access they receive in China. Through this deal, the EU can claim that its companies have gained important new commercial opportunities, including in sectors that have largely been off-limits in China. For Beijing, the Chinese leadership can tout its commitment to market opening and reform, at a time when such claims are increasingly being questioned around the world.

While the CAI will not necessarily derail U.S.-EU and broader cooperation on China, it could complicate matters in four important ways.

First, the EU will naturally become a strong advocate for the CAI, underscoring its benefits and breakthroughs. This posture will be critical as it seeks approval from the European Parliament in order for it to come into effect. It will need to deflect expected criticism on not going far enough on Chinese economic structural reform, market access, and worker rights, which have increasingly dominated the discussion of China in Brussels and Strasbourg. This need for the EU to publicly promote and defend the CAI would likely run counter to those of a U.S.-led collective effort to rein in Chinese unfair and state-led practices.

Second, the EU and China will become closer economic partners through this deal.  We can expect to see a series of senior-level meetings between European and Chinese officials to jointly celebrate their achievement, while likely seeking additional avenues for cooperation. Beijing will use these encounters to convey European endorsement of China’s trade and investment regime – contrary to U.S. assertions about the disruptive and unfair nature of the Chinese system – and mute critics of recent Chinese strong-arm trade tactics towards Australia. Moreover, European business leaders will sing the praises of the Chinese investment landscape, as they embark on high-profile EU investments in China in such sectors as financial services, electric vehicles, and telecommunications, facilitated by the CAI.

Third, there could be substantive challenges to address depending on the actual language of the agreement. For example, the CAI reportedly includes language on forced technology transfer, subsidies, and state-owned enterprises. These are key issues of concern to the U.S. that have been subject to trilateral work between the U.S., EU, and Japan in recent years. The CAI language on these and other issues are likely to raise differences with regards to ambition, which could temper European interest in working further with the United States. Will the EU, for example, still be an advocate of the trilateral process and dealing with non-market-economy matters through WTO negotiations or smaller coalitions, or will Brussels consider that their concerns have been largely addressed in the CAI?

Finally, other countries may feel left out in the cold in light of the deals the U.S. and EU have struck bilaterally with China. While President-elect Biden had criticized the phase one deal as “failing badly,” he has also been careful not to disavow it. Of particular concern to U.S. trading partners have been the large Chinese purchasing commitments, which they fear are being conducted at their expense. Similarly, other capitals will scrutinize the CAI, identifying preferences for European companies, which likewise could work against their interests. The combination of both bilateral deals could weaken the resolve of a collective response to the China challenge.

While none of these challenges are insurmountable, they are serious and will need to be addressed. Raising these questions should not be seen as sour grapes from this side of the Atlantic: international agreements can push the Chinese government to open up key sectors of the economy to foreign participation and to adopt more transparent, fair, and non-discriminatory rules. But clearly, one of Beijing’s key objectives in making last-minute concessions to Europe is to drive a wedge between the U.S. and EU approaches towards China on the eve of a new Administration in Washington. Through nuanced and skillful diplomacy, Brussels and Washington should work hard to make sure that this doesn’t happen.

Wendy Cutler is Vice President at the Asia Society Policy Institute and James Green is Senior Advisor at McLarty Associates.