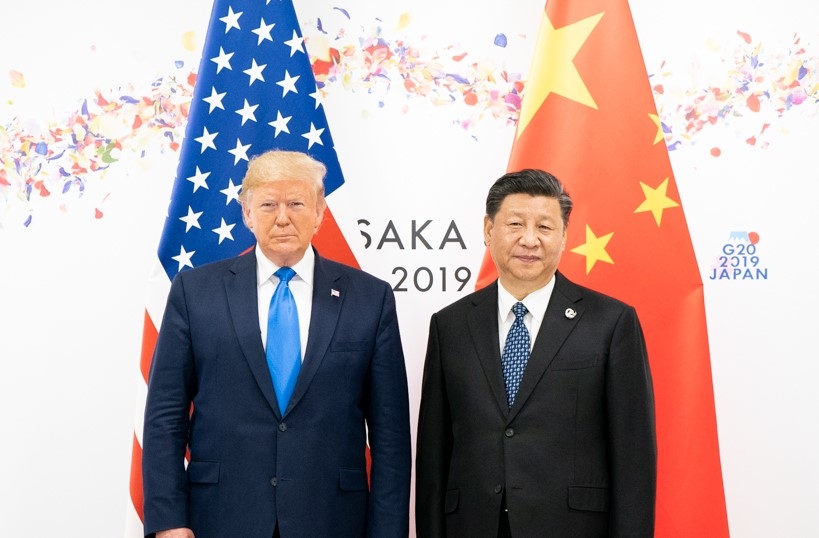 President Donald J. Trump joins President Xi Jinping at the start of their bilateral meeting at the G20 (Shealah Craighead/Flickr).

The 18-month trade war between the United States and China represents the single greatest threat to global economic growth.

President Trump announced on Friday a preliminary trade détente with China, saying that the two countries have a verbal agreement for an initial phase of a deal. The agreement reportedly includes concessions from China to protect American intellectual property, to accept guidelines on managing its currency and to buy tens of billions worth of American agricultural products. Washington, for its part, will not go through next month with placing more tariffs on Chinese products.

This is an encouraging sign, but a verbal agreement is just a first step. A failure to bring the trade war to a final conclusion significantly increases the risk of recession next year in the United States, Europe, Japan and other developed and emerging economies. It would also seriously undermine China’s near-term growth prospects.

That’s why, as representatives of a group of 10 former prime ministers and presidents from center-left and center-right governments that have enjoyed close relations with both the United States and China, we are writing to urge Presidents Donald Trump and Xi Jinping to reach a substantive trade agreement by year’s end. It’s time to bring this source of global economic uncertainty to a close.

Read the full article in The New York Times.