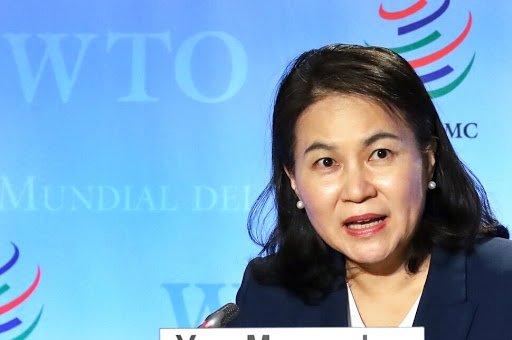 WITA has held a series of interviews with the official candidates to become the next WTO Director General, as the Geneva-based organization prepares for its current leader to step down from the position at the end of August. H.E. Yoo Myung-hee is Republic of Korea's candidate for the post and is Trade Minister for the Republic of Korea.

H.E. Yoo Myung-hee is the first female Trade Minister for the Republic of Korea, and has been an innovator, negotiator, strategist and pioneer in her 25 year career in trade. She has devoted her career to progress in the multilateral trade arena from the early days in 1995 when she took charge of WTO affairs in the Korean Ministry of Trade Industry and Energy, through her role as Korea’s key FTA strategist to, more recently, negotiator of the Regional Comprehensive Economic Partnership (RCEP), the Korea-China FTA and the critical Korea-U.S. (KORUS) FTA renegotiation, among other trade initiatives.

Ken Levinson serves as the Executive Director of the Washington International Trade Association (WITA).  WITA is Washington’s largest non-profit, non-partisan organization dedicated to providing a neutral forum in the U.S. capital for the open and robust discussion of international trade policy and economic issues. WITA and its affiliated groups have over 5,000 members, and more than 160 corporate sponsors and group memberships. Levinson has over 25 years of experience working with companies, associations, NGOs and governments, advocating innovative solutions to complex public policy challenges. Over the years, he has worked with clients in the technology, telecommunications, bio-pharmaceuticals, agriculture and food, financial services, retail, apparel, energy, and consumer products sectors. Levinson received his Master’s Degree from New York University after doing his undergraduate work at the University of Massachusetts, in Amherst.

Wendy Cutler joined the Asia Society Policy Institute (ASPI) as Vice President in November 2015. She also serves as Managing Director of the Washington, D.C. Office. She joined ASPI following an illustrious career of nearly three decades as a diplomat and negotiator in the Office of the U.S. Trade Representative (USTR). Most recently she served as Acting Deputy U.S. Trade Representative, working on a range of U.S. trade negotiations and initiatives in the Asia-Pacific region. In that capacity she was responsible for the Trans-Pacific Partnership (TPP) agreement, including the bilateral negotiations with Japan. She also was the chief negotiator to the U.S.-Korea (Korus) Free Trade Agreement.

Amb. Rufus Yerxa is currently the President of the National Foreign Trade Council (NFTC). Prior to that, he led a distinguished career spanning four decades, including as a lawyer, diplomat, and trade negotiator. Among his many roles, he served as Deputy U.S. Trade Representative from 1989 to 1995, and Deputy Director General of the WTO from 2002 to 2013.

The event is hosted in partnership with the Washington International Trade Association (WITA).