The Dangers of a Catastrophic Conflict between the U.S. and Xi Jinping’s China | Asia Society Skip to main content

The Dangers of a Catastrophic Conflict between the U.S. and Xi Jinping’s China 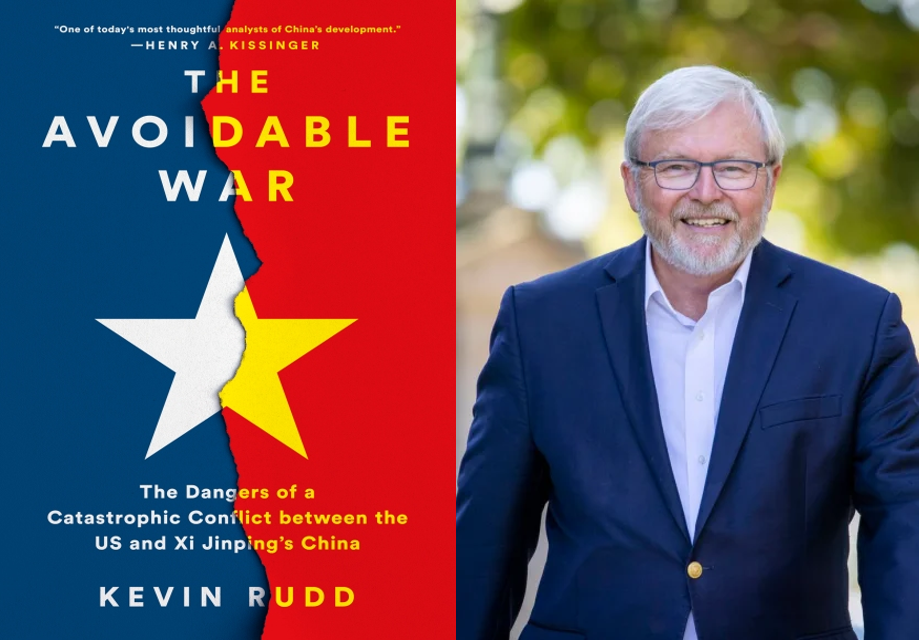 The relationship between the U.S. and China has reverberating consequences around the world. The ties between the two superpowers rests on a seismic fault—of cultural misunderstanding, historical grievance, and ideological incompatibility.

The Asia Society Policy Institute’s (ASPI) Avoidable War project has culminated in the publication of a book on U.S.-China relations by Asia Society and ASPI President Kevin Rudd, titled The Avoidable War: The Dangers of a Catastrophic Conflict between the US and Xi Jinping's China. The work demystifies the actions of both sides, explaining and translating them for the benefit of the other. Geopolitical disaster is still avoidable, but only if these two giants can find a way to coexist without betraying their core interests through what Rudd calls “managed strategic competition.” Should they fail, down that path lies the possibility of a war that could rewrite the future of both countries, and the world.

Join us virtually for the Washington, D.C. launch of The Avoidable War and a discussion on U.S.-China relations. Senator Mitt Romney, Ranking Member of the Senate Foreign Relations Subcommittee on East Asia, the Pacific, and International Cybersecurity Policy will deliver remarks*. Wendy Cutler, Vice President, Asia Society Policy Institute will moderate a conversation with Kevin Rudd on the book and the broader implications of the U.S.-China relationship.

Senator Mitt Romney currently serves on the US Senate Foreign Relations; Health, Education, Labor & Pensions; Homeland Security & Government Affairs; and Budget committees. On the Foreign Relations Committee, Senator Romney serves as Ranking Member of the Subcommittee on East Asia, the Pacific, and International Cybersecurity Policy. He is also a member of the Senate National Security Working Group. (*Senator Romney is speaking in a personal capacity and his appearance is in no way an endorsement of the arguments of the book.)

Wendy Cutler is Vice President of the Asia Society Policy Institute (ASPI) and the managing director of the Washington, D.C. office. She joined ASPI following an illustrious career of nearly three decades as a diplomat and negotiator in the Office of the U.S. Trade Representative (USTR) where she also served as Acting Deputy U.S. Trade Representative. During her USTR career, she worked on a range of bilateral, regional, and multilateral trade negotiations and initiative, including the U.S.-Korea Free Trade Agreement, the Trans-Pacific Partnership, U.S.-China negotiations, and the WTO Financial Services negotiations.