The COVID New (Ab)Normal: How Has the Pandemic Shaped Taiwan’s Future?

Interview with Taiwanese Representative to the U.S. Bi-khim Hsiao 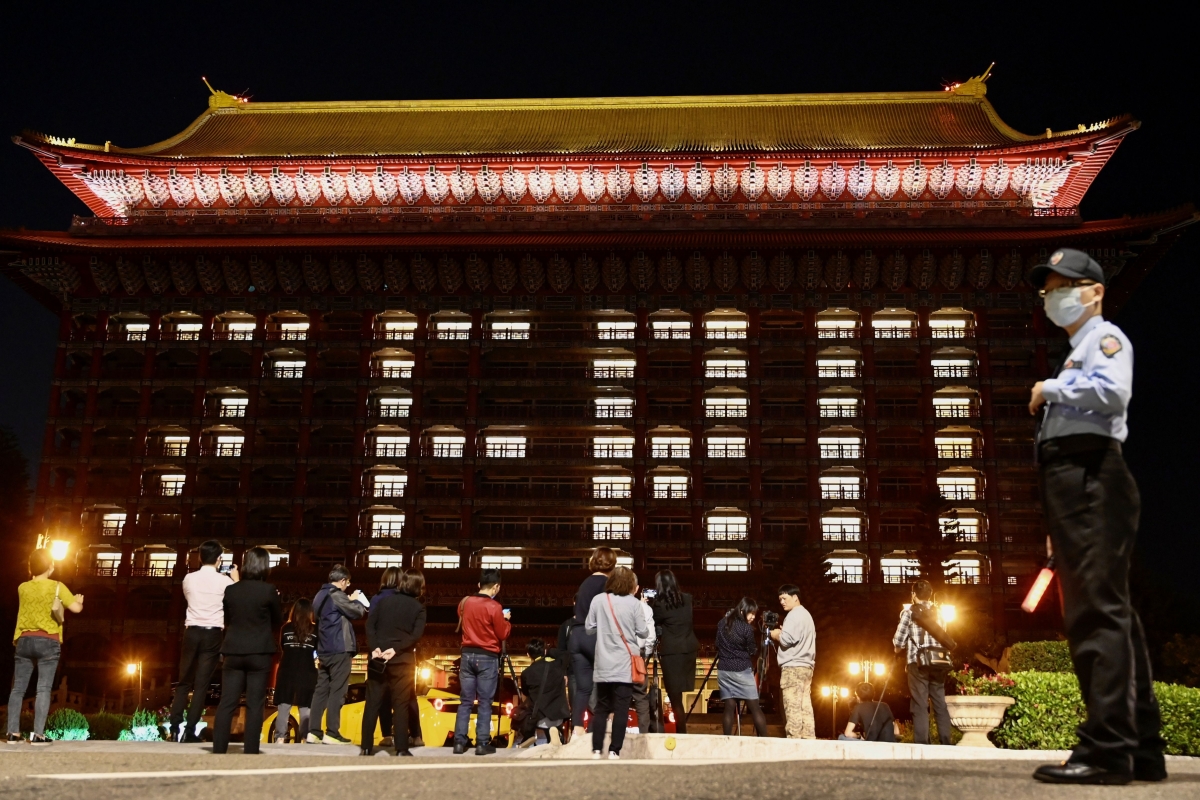 People take photos as the rooms at the Grand Hotel are illuminated to form the word "zero" after Taiwan reported no new COVID-19 coronavirus cases for two consecutive days, in Taipei on April 17, 2020. (Sam Yeh/AFP/Getty Images)

ASPI Vice President Daniel Russel interviewed Taiwan’s newly-appointed Representative to the United States Bi-khim Hsiao on the impact of the pandemic on Taiwanese society, the potential long-term economic effects, the implications for Taiwan’s foreign affairs, and lessons learned from the experience.

Q: How do you see the COVID-19 experience changing Taiwan society in the period ahead?

A: The tragic of loss of lives during Taiwan’s SARS epidemic of 2003 had our medical community and society much better prepared, with annual drills and protocols for containing communicable diseases over the last decade. Therefore despite Taiwan’s unfair exclusion from the World Health Organization (WHO), we were on high alert at an early stage in the Coronavirus outbreak, and society was engaged collectively to contain COVID-19. A government/health professional/private sector partnership formed a successful defense, and although there were incidences of panic and isolated community transmission clusters, the virus was largely contained. Unlike the rest of the world, Taiwan avoided a business lockdown and schools remained open. Life and business in Taiwan has carried on relatively normally throughout the pandemic so far. There have been only a few changes in our way of life: mask wearing and temperature checks have become more of a habitual routine, and international business travel and tourism have nearly completely stopped, with far fewer flights, severely affecting the tourism, hospitality, and airlines sectors.

But the most important impact on Taiwan has been the boost of Taiwanese peoples’ collective confidence. Taiwan’s successful containment of the pandemic, the quick mobilization of relevant medical supply industries with adequate, accessible and affordable personal preventative equipment (PPE) for the public as well as medical institutions, have enhanced Taiwan’s international profile and standing. Despite the continuing exclusion from the WHO, there has been an unprecedented level of international interest to engage with Taiwan; more like-minded democracies have been willing to support Taiwan’s meaningful participation in the WHO and other international venues. Public unity and confidence in the government at this time of crisis has also highlighted the strength and resilience of Taiwan’s democracy.

Q: What may be the longer-term economic effects of the pandemic?

A: The tourism industry will be impacted the most severely. Over the past decade, the industry has grown dependent on Chinese tourism, and with the sudden disruption and cross-strait quarantine, the sector will be reorganized with a focus on domestic tourism. The technology sector may be strengthened as Taiwan positions itself as a reliable and safe supplier of innovation and technology; global work-from-home and health-oriented gadget demand will provide opportunities for new products in this sector.

The pandemic has arrived at a time when technology security has become a focal point of U.S.-China competition. The frequency of intellectual property theft, commercial espionage, and cyber security breaches by Chinese agents have heightened tensions and compelled the formation of new regulations and industry controls in the United States, which have the potential to impact Taiwanese industry. This process has been accelerated by the pandemic, and companies that have economic and technological connections in both China and the U.S. are assessing this impact and may have to invest in reorganizing their global production and supply chains.

The timely government intervention in the production and distribution of PPE’s in Taiwan, authorized by the law preventing communicable diseases, proved to be an important step among many that successfully helped our society fight the pandemic. Recognition that production of medical supplies are critical during such times, Taiwan will aim to further strengthen its domestic pharmaceutical and medical supply industries.

A: Taiwan’s successful containment of the pandemic has boosted public confidence in the strength and resilience of our democracy, highlighting the differentiation in political systems from the lack of transparency in China’s initial response. There has been a higher level of international interest in Taiwan’s success story and a greater eagerness to engage. According to polls, an unprecedently high number of citizens in Taiwan identify themselves as Taiwanese, rather than Chinese. Furthermore, the People’s Republic of China has taken a more aggressive stance toward Taiwan and others in the region (Hong Kong people, South China Sea neighbors, Japan, India, and the U.S.). Frequent People’s Liberation Army (PLA) provocations and intrusions into Taiwan’s air defense identification zone and surrounding waters are becoming a norm, and Chinese Communist Party (CCP) international propaganda in the form of belligerent wolf warrior diplomacy to suppress Taiwan’s international participation has drawn greater contempt from the Taiwanese. In contrast, throughout the pandemic the U.S. government has applauded Taiwan’s efforts and condemned Taiwan’s unfair exclusion from the WHO. In addition, U.S. military presence in the region as a response to PLA provocations helps to strengthen deterrence against CCP hostility. Such positions are welcomed by the public and there tends to be a much more favorable attitude toward the U.S. at this time.

Q: What are some of the things that you feel you learned from the COVID-19 experience?

A: The severe global impact of COVID-19 compels us to take biological and chemical threats much more seriously. We will strengthen our defense and public mobilization protocols accordingly. We believe Taiwan was successful at containing the pandemic in the initial phase because we took action early. SARS taught us to be vigilant about communicable diseases, and early deployment of countermeasures which involved the mobilization of government, health institutions, the public, plus the private medical supply manufacturing industry. Such coordination involving all parts of society is essential. Furthermore, we have learned that proactive public communication in times of crisis is essential for guiding effective public behavior. In contrast to China’s suppression of information in the early stages, Taiwan chose to be direct and straightforward with information in daily press briefings to the public — this was helpful in the dissemination of professional health expert guidance, preventing panic buying, producing channels for fair distribution of medical supplies, and personal hygiene education — which were all factors that had an impact. In the same way, other countries may opt to also pursue coordinated public/private partnerships in facing such crisis situations in the future.