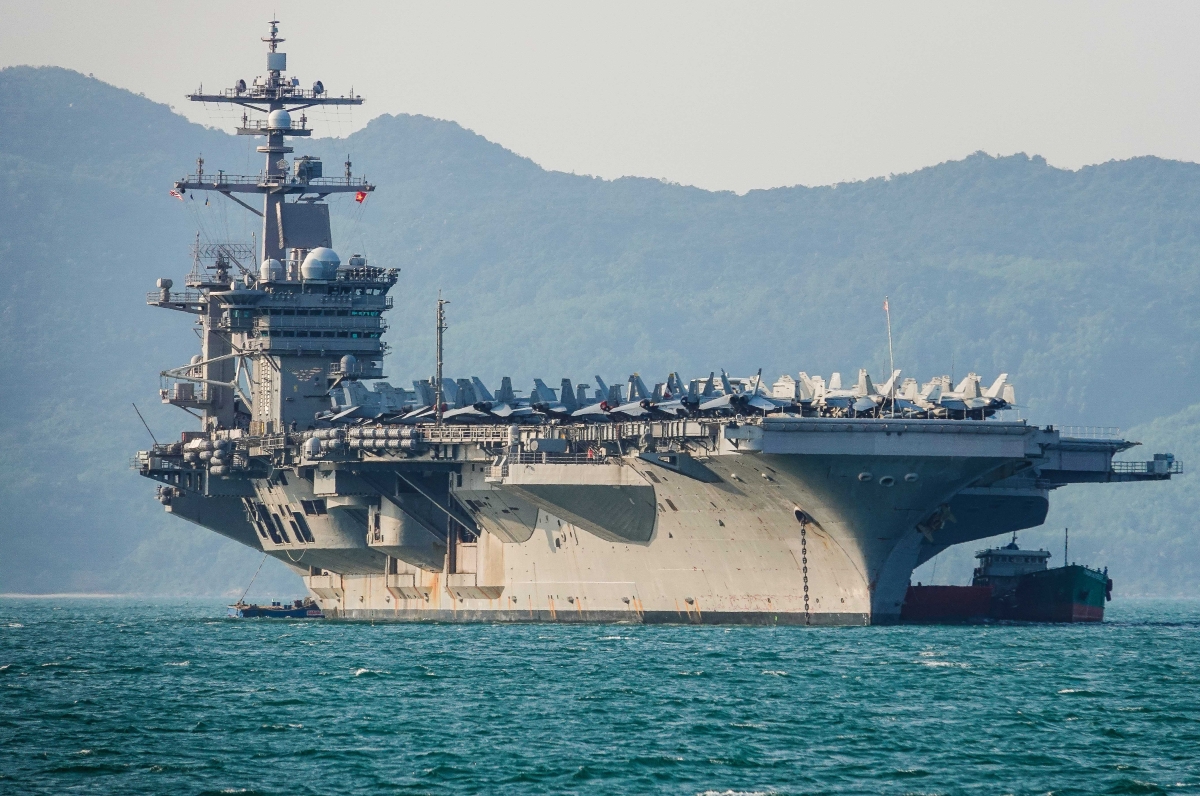 The United States aircraft carrier, USS Carl Vinson, anchored off the coast at Tien Sa Port on March 5, 2018 in Danang, Vietnam, in the biggest U.S. military presence in Vietnam since the end of the Vietnam War in 1975.

Following is an excerpt of an op-ed first published in the Nikkei Asian Review.

Over the last year, we have seen a profound structural change in the U.S.-China relationship. Officially, the Americans describe this as a shift from 40 years of "strategic engagement" to a new period of "strategic competition." While the precise definition of strategic competition, as an operational rather than declaratory strategy, has yet to fully emerge, deep change is underway.

The U.S.-China trade war is but one manifestation of a deeper phenomenon, covering the whole political, security, and economic relationship. And we would be foolish not to recognize that this systemic shift in U.S. sentiment toward China is likely to continue well after President Donald Trump has gone. Congress, both Republicans and Democrats, the major agencies of state as well as most of the U.S. business community by and large support this new, robust approach to China

What does this mean for the Association of Southeast Asian Nations, as it seeks to navigate its future in a Southeast Asia increasingly pulled in different directions by the contending security and economic force-fields represented by Washington and Beijing?

The difficulty for ASEAN is that Southeast Asia has now become the "New Great Game" for strategic influence between the world's two major great powers. It looms as the principal terrain where the battles for strategic dominance are fought for the next quarter century.

Southeast Asia lies in a swing position between China and India. China now seeks a more benign southern flank more willing to accommodate its strategic interests, while America wants to preserve the sea-lanes of Southeast Asia for freedom of navigation, and its own freedom of strategic maneuver.

The grave danger, therefore, which ASEAN faces, is that the increasingly binary nature of the U.S.-China relationship in East Asia, the West Pacific and the Indian Ocean begins to divide ASEAN into pro-American and pro-Chinese camps. This is not in the interests of ASEAN or the wider region. A divided region breeds instability.

I have been a lifelong supporter of ASEAN. ASEAN has transformed a once-divided region into one which had achieved a remarkable degree of unity, despite the disparate domestic political systems of ASEAN's 10 members. This has in turn facilitated decades of growing economic prosperity.

ASEAN's strategic response to external challenges has been anchored in two principles: safeguarding its internal unity, and the consistent assertion of its doctrine of ASEAN centrality, which means the primacy of ASEAN in foreign policy. We've seen these principles reflected in the evolution of the various ASEAN-Plus arrangements, the ASEAN Regional Forum, and of course the East Asia Summit (EAS).

The time has come, however, for ASEAN, consistent with these traditions of internal consensus and centrality, to become considerably bolder in its aspirations. Indeed, there is a danger that ASEAN has become too consensual, too passive and too inert for its own good. The uncomfortable truth is that to stand still is to go backward. Unless ASEAN sets the terms for its own engagement with the wider region, those terms will be increasingly set for it by the great powers around it.

First, ASEAN must maximize its efforts to develop and maintain common positions in dealing with the external powers. In China's case, that includes the South China Sea in general, and the negotiation of the Code of Conduct in particular. In America's case it may mean ASEAN's posture toward future changes in U.S. strategy in Southeast Asia. ASEAN must make greater recourse to its "Ten minus X" formula, that is making major decisions even without unanimity if consensus is routinely denied by a small minority of states, or even just one small country. The politics of the "lowest common denominator," when taken to the extreme, can render the entire institution dysfunctional.

Second, ASEAN needs to look boldly out to the wider region, rather than focus exclusively on its formidable internal challenges. ASEAN needs increasingly to look both east and west-to both the Pacific and the Indian Ocean, and evolve its concept of an Indo-Pacific future.

This has long been part of ASEAN's traditional thinking. But rapidly changing strategic realities require that this work now be intensified. Whether we like it or not, China and the United States have deep interests in the future of both oceans. Meanwhile, India, a member of the EAS, has for some time now prosecuted a policy of "looking east" or "acting east."

So unless ASEAN evolves its own strategic concept of the future shape of a wider Indo-Pacific region, it will simply be required to respond to the contending strategic conceptions of the United States or China.