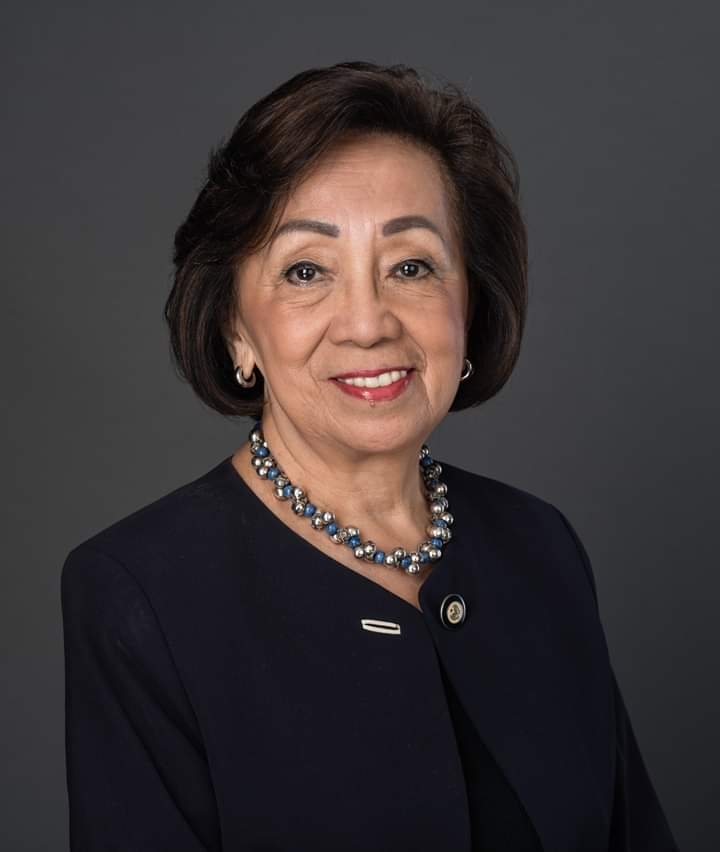 The Embassy of Japan in Manila announced the conferment of the Order of the Rising Sun Gold and Silver Star to former Secretary of Foreign Affairs, Ambassador Delia Domingo Albert with the following statement.

"The Government of Japan announced on May 21, 2019 the conferment of The Order of the Rising Sun, Gold and Silver Star on Ambassador Delia Domingo Albert, former foreign secretary, in recognition of her contribution to strengthening the economic relations between Japan and the Philippines.

When she was foreign secretary in 2003 to 2004, she took an initiative of the negotiation of Japan-Philippines Economic Partnership Agreement (JPEPA), which later greatly contributed to the enhancement of the economic relationship between the Philippines and Japan, especially in the area of people exchange.

She also contributed to the promotion of inviting Japanese private sectors in the Philippines in mining industry when she served as Presidential Advisor for Multilateral Cooperation and Development in 2004 to 2005.

Furthermore, as a senior advisor of Sycip Gorres Velayo & Co., she has being supporting the Japanese companies in the Philippines in various ways.

The government of Japan extends its sincere congratulations to Ambassador Albert, and hopes that she will continue to take an active role in further strengthening the close relations between our two nations.”

In addition Ambassador Albert made outstanding contributions not only in initiating and promoting economic ties between the Philippine and Japan.  She also recognized Japan’s role in promoting relations between ASEAN and Japan.

As a former Director General of ASEAN-Philippines (1991-1994) she  witnessed and participated in events to foster cultural relations among the ASEAN member countries supported by the Fukuda Fund which later became the ASEAN Cultural Fund.

The Order of the Rising Sun is awarded by the Emperor of Japan to individuals, both Japanese and foreign in recognition of long and/or specially meritorious service.  It was established in 1875 by Emperor Meiji and created on 10 April 1875 as the first national decoration of Japan.

The order is awarded to persons who have made distinguished achievements in their field.

The order of the Rising Sun is generally the highest conferred order following the Order of the Chrysanthemum which is reserved for Heads of State and Royalty and the Order of the Paulownia Flowers mostly given to politicians.

The modern version of this award has been conferred on non-Japanese recipients from 1981.  The order is administered by the Decoration Bureau of the Cabinet Office headed by the Japanese Prime Minister and awarded in the name of the Emperor.  It may be awarded posthumously.

On the Ceremony:  On 23 May promptly  at 2:30 in the afternoon  at the Imperial Palace in Tokyo,  Prime Minister Abe Shinzo handed the medals and scroll to document the award  to Ambassador Albert alongside four other foreign nationals in a solemn and formal ceremony attended by officials of the Japanese Government and  Palace officials.

Following the handing of the medals and  the scrolls awardees had an audience with  His Majesty Emperor Naruhito.

Prior to this, Ambassador Delia Domingo-Albert has been part of Asia Society Philippines Foundation family since 2017 as one of ASPF's Board of Advisors.