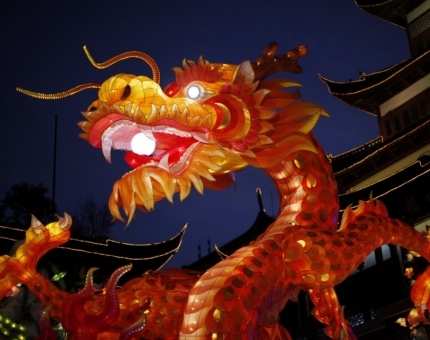 It was the very first time that the Chinese New Year was celebrated in the Philippines as a special non-working holiday which gave the opportunity to both Chinese-Filipinos and Filipinos in the country to enjoy the celebration. This became possible because of the Proclamation declared by President Benigno S. Aquino III, stating that this "is a manifestation of our solidarity with our Chinese-Filipino brethren who have been part of our lives in many respects as a country and as a people."

The Chinese culture in the Philippines had been recognized to be very influential in the country, as Filipinos are known to partake in thecelebration by means of having Chinese Food, consulting Feng Shui experts for good luck, as well as reading their Chinese horoscope.

Chinese-Filipinos, although do not make the majority of the population, have been a prominent member of the Philippine community, especially their influence in the business sector.

As a matter of fact, Out of the 10 richest people in Asia, 7 are Chinese-Filipinos. These are George S.K.Ty, founder and chairman of Metrobank, one of the country's largest banks; John Gokongwei, a mall magnate and owner of Cebu Pacific, the fastest-growing airline in the country; Tony Tan Caktiong, the founder of Jollibee; Andrew Tan, chairman of Megaworld Corp, a big real estate firm; and Emilio Yap, owner of the Manila Bulletin, a leading daily in Manila, and chairman of the Manila Hotel and other businesses.

Filipinos celebrated the Chinese New year yesterday by visiting Binondo to enjoy special performances, such as the Dragon dances and fireworks, and shopped Chinese foods and goods, such as the much-loved tikoy.

It was also evident on how Filipinos recognize the Chinese celebration in social networks like Facebook and Twitter, in which FIlipinos (who may not even have an inch of Chinese blood in their system) flooded their news feeds greetings for their friends, "Kung Hei Fat Choi", "Gong Xi Fa Cai", or simply "Happy Chinese New Year".

The Chinese Zodiac refers to the year 2012 as the Year of the Water Dragon.