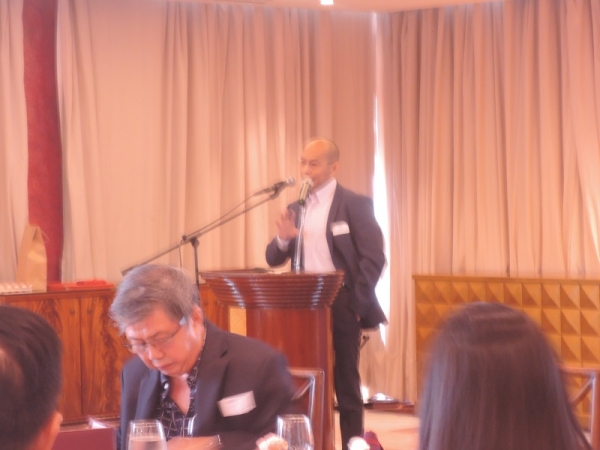 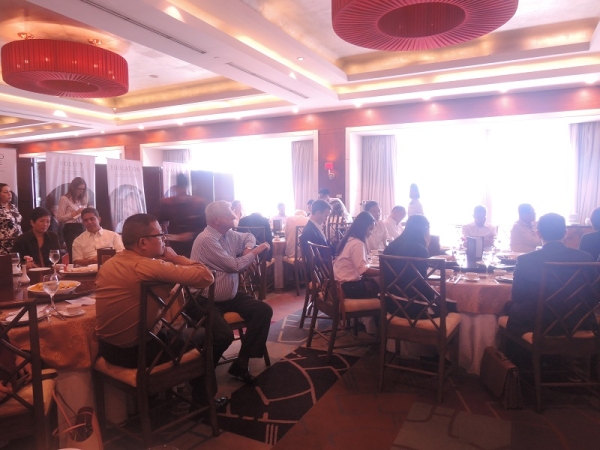 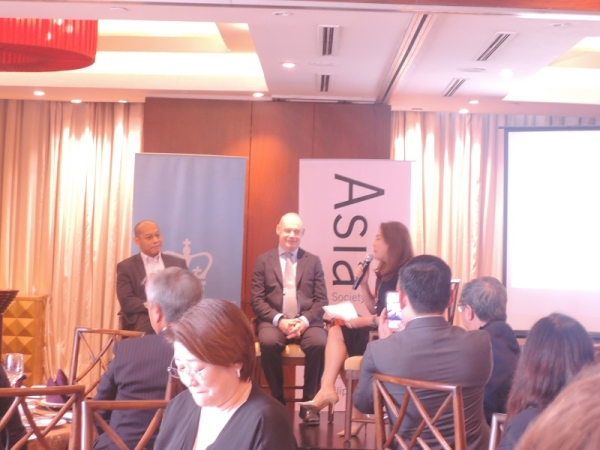 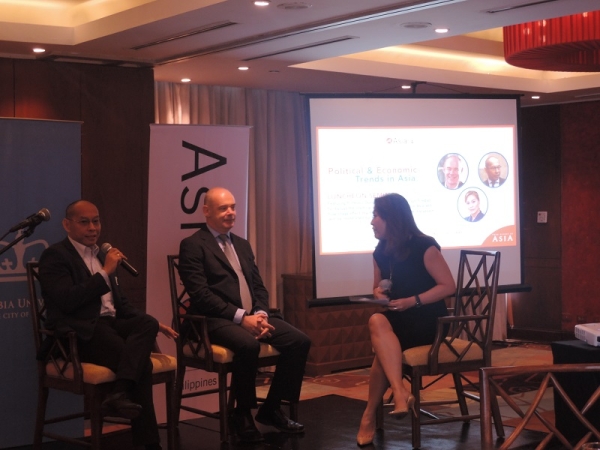 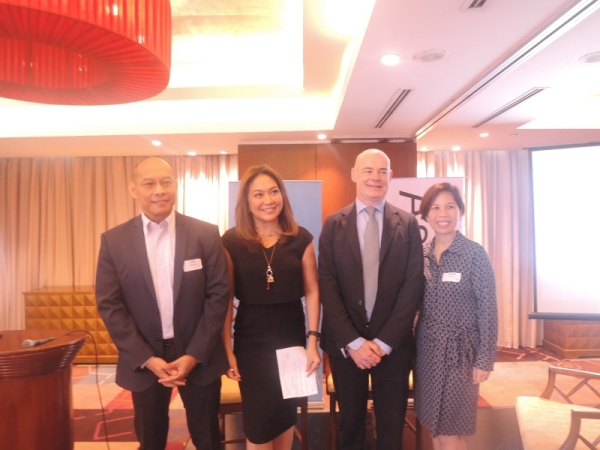 In a luncheon seminar hosted by Asia Society Philippines and the Columbia Alumni Association of the Philippines, Karen Davila asks the tough questions; Professor Duncan McCargo and economist Jun Trinidad address them.

What are some emerging political trends in Southeast Asia today? Do we see parallels in the West? What are the potential economic repercussions of these political shifts, and how can businessmen best respond to them?

These questions were discussed on June 22nd at the Tower Club of the Philam Life Tower in Makati City. In light of the recent political shifts across Southeast Asia, Asia Society Philippines, in cooperation with the Columbia University Alumni Association of the Philippines, hosted a luncheon seminar called “Political and Economic Trends in Asia".

The luncheon featured speakers Professor Duncan McCargo, a prominent political science scholar and visiting Professor of Political Science at the Weatherhead East Asia Institute of Columbia University, and Jun Trinidad, former senior economist at Citibank Philippines and Thailand, with more than 20 years of experience in macro analytics and economic forecasts. The Q&A panel of the event was moderated by award-winning broadcast journalist from ABS-CBN, Karen Davila.

Before the event proper, Suyin Liu Lee, Executive Director of Asia Society Philippines, and Rica Amador, President of the Columbia Alumni Association, welcomed the attendees and expressed their desire for continued cooperation between the two organizations. Amador also emphasized the timeliness and relevance of the issues being discussed by the speakers at the luncheon.

In his presentation, Professor Duncan McCargo primarily discussed emerging themes in the political climate of Southeast Asia: increasing polarization, the election of “populist” leaders without extensive political experience, and increasingly partisan media outlets. Dr. McCargo noted that these themes have not only appeared in Southeast Asia, but also in other parts of the world—in the United States, with the election of Donald Trump last November, and in the United Kingdom, with the victory of Brexit last year. Dr. McCargo stated that the recent populist trends reflect “politics of hope and fear”: hope for the masses and for the triumph of the “people”; fear due to an increasingly polarized society and a “growing nostalgia for authoritarianism” in both old and new democracies.

Jun Trinidad responded to Dr. McCargo’s presentation from an economic standpoint. He discussed this mainly from the angle of the Philippines and its economy under the Duterte administration. To what extent do the current regional political issues of the Philippines render the Philippine economy vulnerable? Should investors worry about what is happening in Mindanao? Trinidad noted that, while regional political issues may be a cause for concern to some, there may be other, more neglected issues which may actually affect markets more largely than regional politics: for example, natural disasters like Typhoon Yolanda in 2013.

The Q&A panel began with moderator Karen Davila’s own questions. How crucial is democracy to a strong economy? After all this movement for liberty and globalization, why are we back to authoritarianism? How can businessmen be equipped to survive in politically unstable markets? Davila asked the hard-hitting questions and opened the panel for a highly thought-provoking, interesting discussion.

“Does history repeat itself?” This was the first question asked by an audience member. “Yes and no” was the answer given by our experts. The luncheon seminar indeed showed us that while some of the political and economic trends in Asia can be attributed to similar trends elsewhere and phenomena in the past, we must also pay careful attention to the difference in context in which these themes are occurring: a world where institutions are more robust and intertwined, a world where technology and media have more power to influence than ever.