The Key to a Sustainable Urban Future? 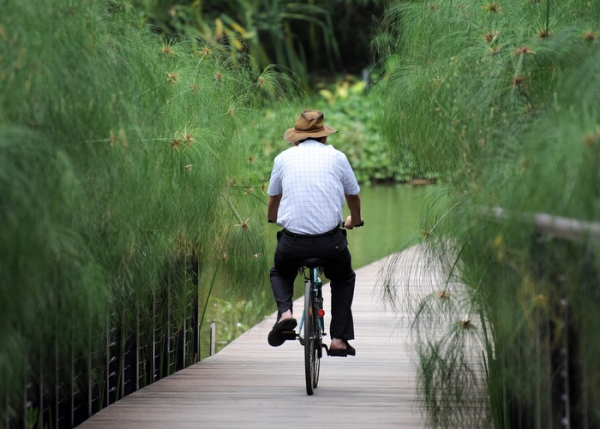 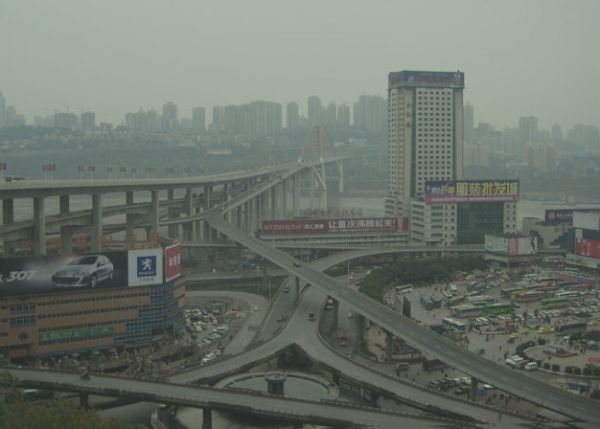 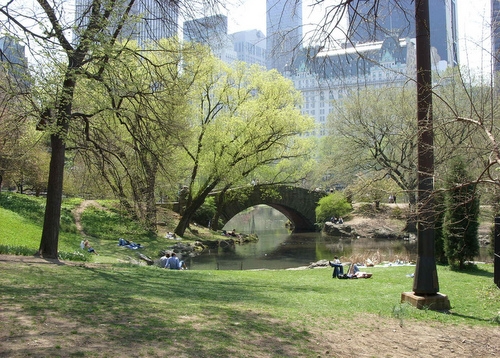 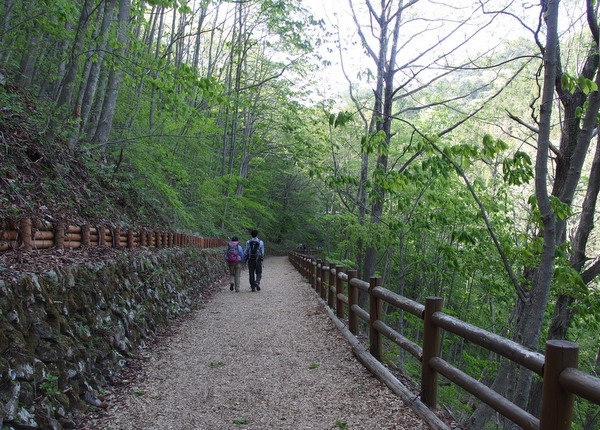 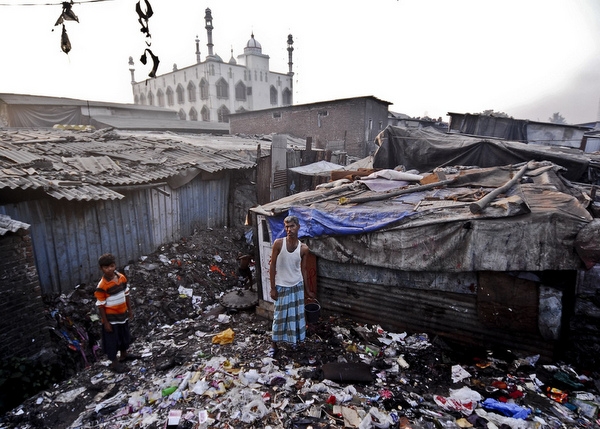 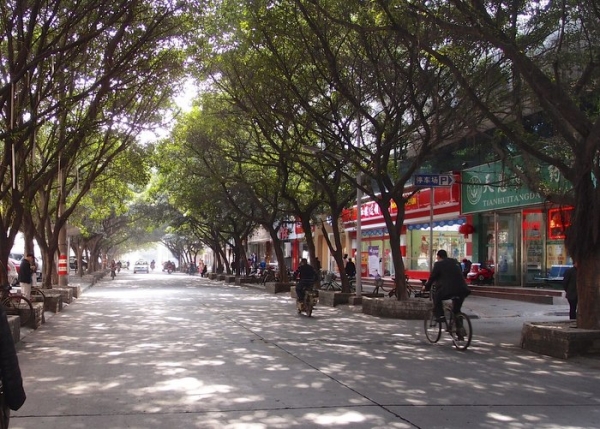 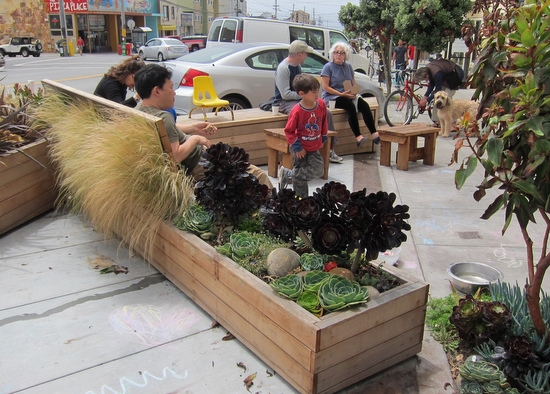 More than half the world’s population now lives in cities, with populations expected to rise dramatically in the years to come.  The cities of the Asia Pacific region regularly contend with coastal flooding, storms, drought, air pollution and natural disasters in addition to the impacts of dramatic urbanization. Along with developing climate adaptation strategies, Asia’s cities must reduce their impact on the environment and build healthy communities that enhance livability. This challenge is the key focus of the Pacific Cities Sustainability Initiative (PCSI) in the coming year. Through a series of activities organized by Asia Society and Urban Land Institute,  PCSI will examine how Asia Pacific cities can improve health and livability while improving their resiliency.

What are reasonable solutions to today’s increasingly crowded and smog-choked cities? Could tomorrow’s urban metropolis take the form of a “garden city"?

The garden city concept, popularized around the turn of the 20th Century, was a reaction to the industrialization of Western cities. Urban areas like London, Paris, and New York were dirty and overcrowded, struggling with heavy industrial air pollution, inadequate housing, and lack of healthy open space, much like many of today’s Asian megacities.

The term “garden city” was coined by British urban planner Ebenezer Howard in his 1898 book “Garden Cities of To-Morrow”. Howard’s vision was to design and plan cities that offered a peaceable, livable environment, replete with nature and open space. Howard’s garden city concept responded to the squalor and complete alienation from nature that he saw in major cities such as London. Of course, Howard was a product of his time and never foresaw the automobile – his overly wide boulevards and low-density housing were later subverted into sprawling, auto-dependent suburbs. However, Howard’s idea of making cities healthier with easy access to nature is an enduring concept. As he stated in his book: “Elsewhere, the town is invading the country: here, the country must invade the town.”

Prior to Howard’s garden city, increased urbanization had already triggered other urban greening schemes promoted by visionaries like America’s “Father of Landscape Architecture”, Frederick Law Olmsted. Best known for treasured public spaces like New York’s Central Park, Olmsted believed that open green space should be accessible to all – an ideal institutionalized in the idea of public parks.

In addition to improving the environment, making space for nature in the city has tangible health benefits. A 2009 National Institutes of Health study explored why the Japanese practice of Shinrin-yoku (“forest bathing” or strolling through a forest) has tangible health and wellness benefits. More than a quarter of Japanese are reported to participate in Shinrin-yoku and the Japanese government even maintains “Forest Therapy Trails”.

This cultural practice exemplifies what Frederick Law Olmsted wrote more than 150 years ago in a report to the Congress: “It is a scientific fact that the occasional contemplation of natural scenes of an impressive character, particularly if this contemplation occurs in connection with relief from ordinary cares, change of air and change of habits, is favorable to the health and vigor of men.”

In addition to creating healthier urban ecosystems, the integration of green open space and recreational facilities into modern cities facilitates more active lifestyles, which can help combat stress and obesity. The World Health Organization has even advocated for minimum standards of 9 square meteres of green space per urban dweller.

Cities all across the Asia Pacific region are experimenting with bringing nature into the city -- from the small and experimental (citizen-initiated public art efforts and urban gardens) to the radical and top-down (complete overhauls and razing of existing infrastructure).

Modern China is home to some of the largest top-down city planning experiments, where Western planning techniques are being adapted to uniquely Chinese systems. Chengdu, for example, is being vaunted as a new garden city, with plans to protect a greenbelt and develop regional “satellite cities” with connecting corridors. Chengdu exemplifies how Western city planning concepts are being dramatically contextually altered – in Chengdu, the goal is to grow a world-class megacity, and the success is largely determined by GDP, not by increased social capital or livability. Decisions are made by the government and investors, without input from a wide variety of interest groups and the citizenry.

Another example of radical overhaul is Singapore, known worldwide for its dramatic urban transformation. Billing itself today as “City in a Garden” (rather than garden city), the greening of Singapore went hand-in-hand with a massive social and cultural transformation headed up by the government. Singapore upended the smaller, traditional urbanization patterns and replaced them with a vision of a clean, well-oiled city with appropriately placed green spaces – a completely different take on modernism than has been seen in the West. Today, Singapore’s National Parks Board promotes impressive regional projects like the “Park Connectors Network”, which maintains extensive recreational paths linking green areas.

Large, top-down eco-city plans like those taking place in China and Singapore are only one approach to bringing nature into the city, however. Even large cities can start small: Park(ing) Day is an international urban art project started in San Francisco that led to the city’s now established “Parklets” program (small urban mini-parks with plants and seating, temporarily located in former curbside parking spaces). The Park(ing) Day tactical urbanism movement, held annually in September, has spread across the Pacific from San Francisco to cities like Sydney, Singapore, and Hong Kong where locals are reclaiming and greening public space in creative ways.

With Asian cities leading the globe in number of urban residents and urban population density, making space for nature is critical. Pacific cities must soul-search to discover how they can create a modern “garden city” that retains a unique identity, heritage, and culture that can attract and retain top talent and industry. Tomorrow’s garden cities will be about living in harmony with nature and conserving scarce natural resources as the globe’s population increasingly moves further away from the farms and forests of their past.