Executive Roundtable on The Myanmar Conflict and Crisis 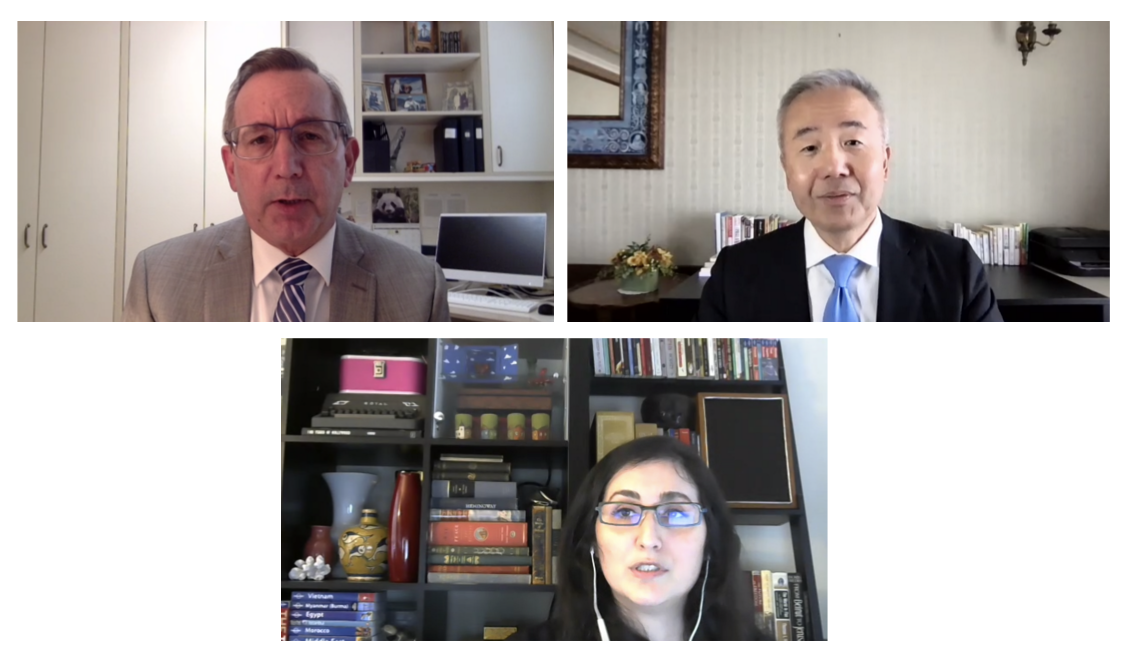 Topics discussed include assessing Myanmar’s current challenges, security issues, the ongoing humanitarian crisis, hampered economic reform, strained bilateral relationships, and governance challenges that have impeded progress as a nation. Both speakers also highlighted that there is internal as well as external pressure for reform. Managing Director of Asia Society Policy Institute Debra Eisenman moderated the discussion. Thank you to our partner, Chevron.

The Honorable Scot Marciel joined the Walter H. Shorenstein Asia-Pacific Research Center (APARC) as Visiting Scholar, Visiting Practitioner Fellow on Southeast Asia at Stanford University. He served as U.S. Ambassador to Myanmar from March 2016 through May 2020, leading a mission of 500 employees during the difficult Rohingya crisis and a challenging time for both Myanmar’s democratic transition and the United States-Myanmar relationship.  Prior to serving in Myanmar, Ambassador Marciel served as Principal Deputy Assistant Secretary for East Asia and the Pacific at the State Department, where he oversaw U.S. relations with Southeast Asia.

From 2010 to 2013, Scot Marciel served as U.S. Ambassador to Indonesia, the world’s fourth most populous country.  He led a mission of some 1000 employees, expanding business ties, launching a new U.S.-Indonesia partnership, and rebuilding U.S.-Indonesian military-military relations.  Prior to that, he served concurrently as the first U.S. Ambassador for ASEAN Affairs and Deputy Assistant Secretary of State for Southeast Asia from 2007 to 2010.

Mr. Marciel earned an MA from the Fletcher School of Law and Diplomacy, and a BA in International Relations from the University of California at Davis.  He was born and raised in Fremont, California, and is married with two children.

Consul General Toru Maeda began his career at the Ministry of Foreign Affairs of Japan in 1985 and has been in the foreign service for the last 35 years.

Prior to his arrival in San Francisco in February 2020, he served as Minister / Deputy Chief of Mission to the Embassy of Japan in Myanmar. Over the past decade, he has held several senior positions in both overseas and domestic assignments, including Director General and subsequently Senior Vice President of the Japan International Cooperation Agency (JICA), Minister / Head of Chancery of the Permanent Mission of Japan in Geneva, and Minister in charge of economic affairs of the Embassy of Japan in Indonesia. His other postings in the Ministry of Foreign Affairs include Director positions in the International Cooperation Bureau and Intelligence and Analysis Service.

He received his B.A. in Law from the University of Tokyo and M.S. in Foreign Service from Georgetown University.

Debra Eisenman is Managing Director of the Asia Society Policy Institute (ASPI), where she leads and oversees projects on development, governance, sustainability, and security challenges throughout Asia, with a particular focus on Myanmar, Central Asia, and Iran. She also oversees ASPI’s strategy and operations, and has been with ASPI and its predecessor, the Global Policy Programs department at Asia Society, in numerous, progressively responsible roles since 2011. Debra also created the initial business, operations, and strategic plans for the development of ASPI, prior to the Institute's launch.

Before joining Asia Society in 2011, Debra worked on the Peacebuilding and Western Balkans grantmaking programs of the Rockefeller Brothers Fund, where she assisted in grantmaking and NGO capacity building, and engaged in grants administration for over $5 million in annual giving. From 2005 to 2008, Debra served as Program Associate at the National Crime Prevention Council, coordinating projects and providing training and technical assistance to organizations working to advance youth civic engagement and individual and community safety.