[WEBCAST] Press Freedom in the Age of the Coronavirus

With Maria Ressa, Time magazine's 2018 "Person of the Year" 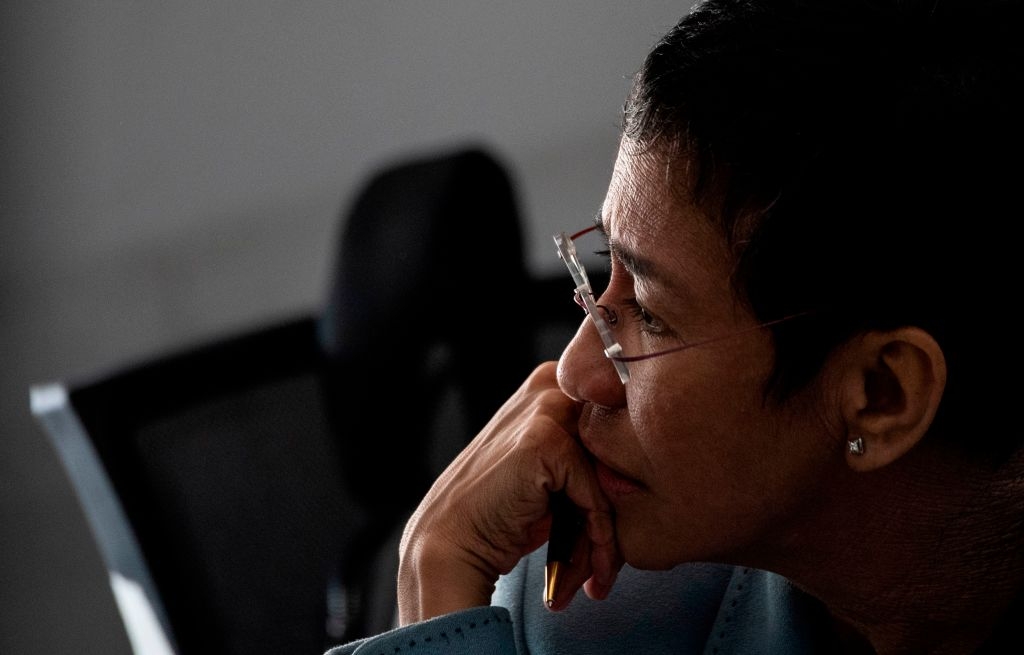 Maria Ressa, CEO and Executive Editor of Rappler.com will speak with Asia Society Northern California on Wednesday, May 13 on the topic Press Freedom in the Age of the Coronavirus. Maria will discuss how authoritarian leaders are trying to take advantage of the crisis, including the Philippine government’s recent shutdown of the TV network ABS-CBN. She’ll also discuss how governments and political actors weaponize social media and how to combat it. Maria will be in conversation with NPR’s London Correspondent Frank Langfitt.

Link to join virtually via Zoom will be emailed out the day before and an hour before the program is scheduled to begin.

Maria Ressa is the CEO and Executive Editor of Rappler.com.  She is one of the founders of the 6-year-old company which is one of the leading online news organizations in the Philippines.

She has been a journalist in Asia for more than 30 years. She was CNN’s bureau chief in Manila then Jakarta, and became CNN’s lead investigative reporter focusing on terrorism in Southeast Asia. She authored two books – Seeds of Terror: An Eyewitness Account of al-Qaeda’s Newest Center of Operations in Southeast Asia and From Bin Laden to Facebook.

Frank Langfitt (Moderator) is NPR's London correspondent. He covers the UK and Ireland, as well as stories elsewhere in Europe.

Langfitt arrived in London in June, 2016. A week later, the UK voted for Brexit. He's been busy ever since, covering the political battles over just how the United Kingdom will leave the European Union. Langfitt also frequently appears on the BBC, where he tries to explain American politics, which is not easy.

Previously, Langfitt spent five years as an NPR correspondent covering China. Based in Shanghai, he drove a free taxi around the city for a series on a changing China as seen through the eyes of ordinary people. As part of the series, Langfitt drove passengers back to the countryside for Chinese New Year and served as a wedding chauffeur. He has expanded his reporting into a book, The Shanghai Free Taxi: Journeys with the Hustlers and Rebels of the New China (Public Affairs, Hachette), published in 2019.